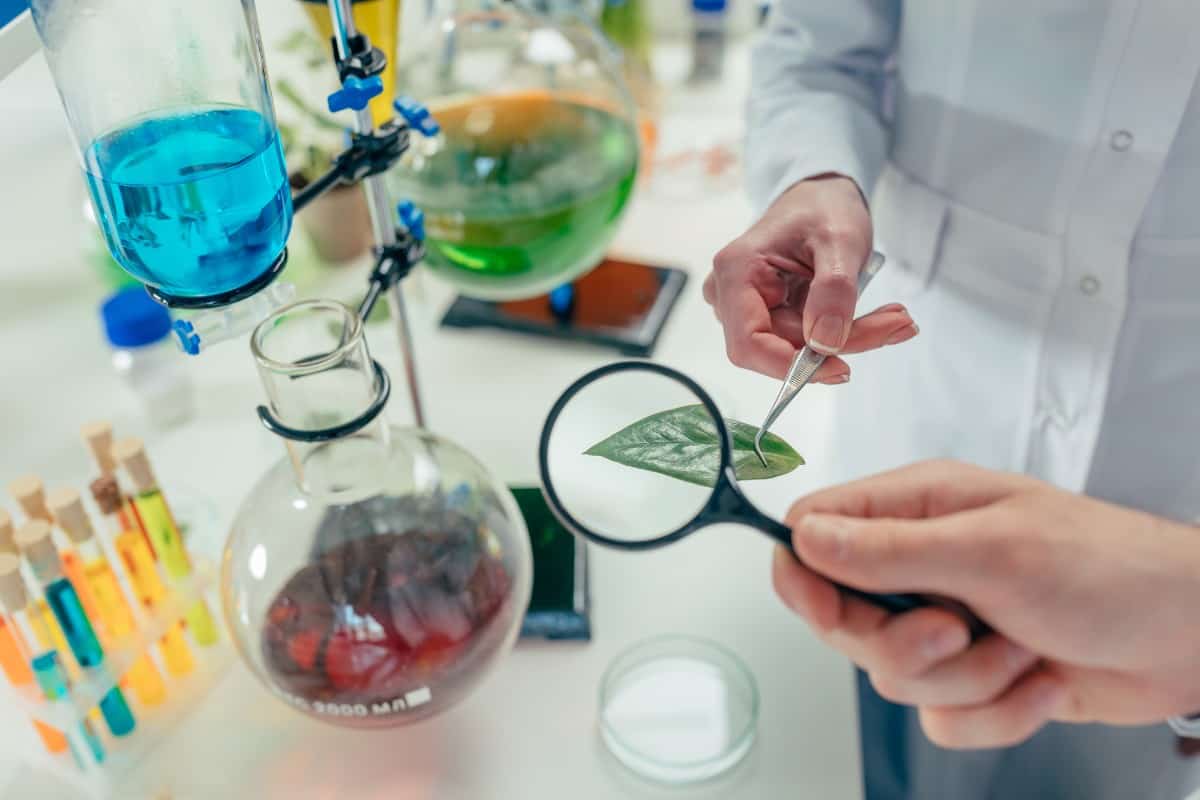 Studying biology is one of the best decisions you will make. The benefits of understanding how the world around you works are endless. The sheer delight in discovering new species, understanding behaviors, and correlating genetics with evolutionary success are unrivaled. However, once you’ve completed your degree, what types of jobs are available for biology majors?

A biology major will most often work in a scientific field in one or a combination of the following places: a laboratory, a research institute, a school or university, a field-based research station, or for private companies as an analyst. Studying further is recommended as it increases your scope.

Studying life is one of the best scientific fields to enter as a career line. It is fascinating, challenging, and packed full of possibilities for the keen mind. But what are some examples of careers? Which companies are likely to employ you? And what type of work would you do?

Studying Biology and the World of Opportunity it Opens 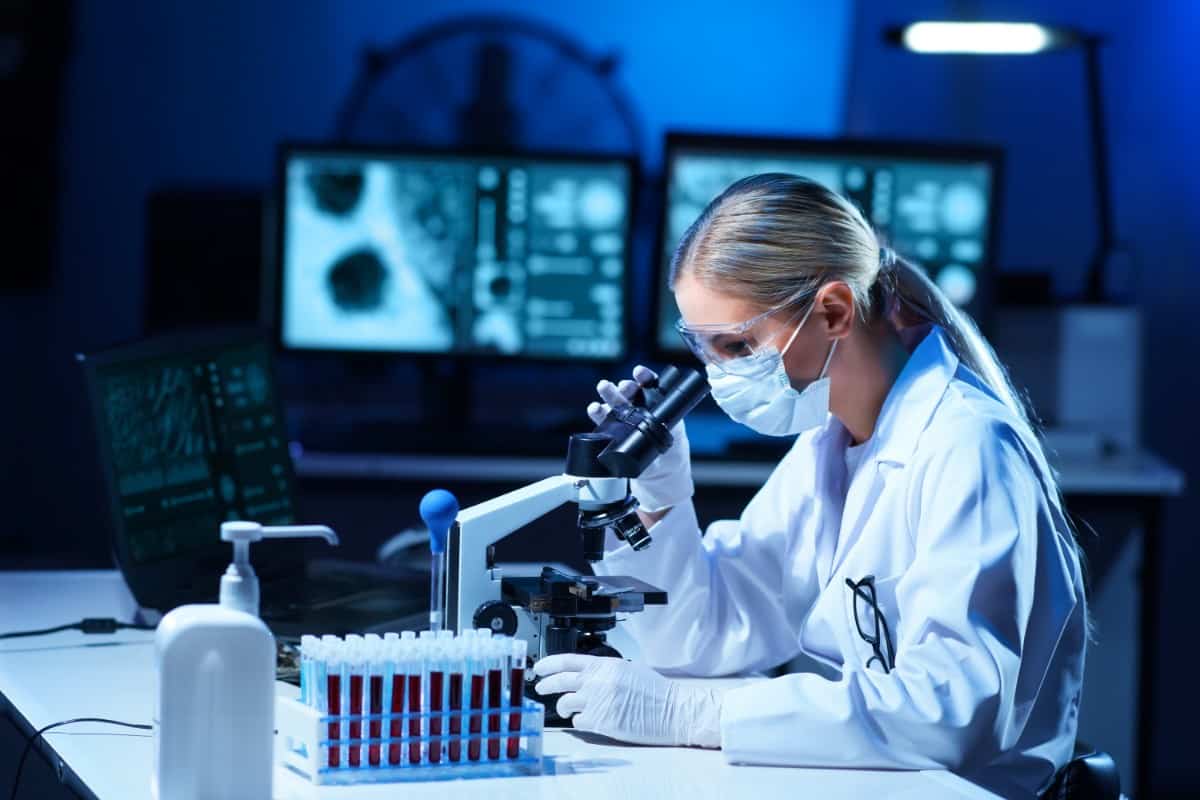 When leaving senior high and peering into the horizon of your future, it can often seem quite overwhelming.

You would hopefully have developed a “feel” for the direction you want to move into during your school tenure. Or at least have a general idea of your interest.

If not, don’t worry, you’re not alone! In the eleventh hour, I realized I wanted to study in the biological field, and I haven’t looked back since.

Here are some advantages of majoring in biology:

The Functions and Fundamentals of Biology Majors

The study of life (the meaning of biology) is an immensely broad topic, and for this reason, it’s important to know what you are getting yourself into during your studies, but more importantly, the purpose of studying biology.

Topics covered in your course will include:

You’ll spend time between classrooms, laboratories, and fieldwork during your studies.

Why Should I Major in Biology?

The answer to why you should study biology is a personal one. However, the importance of what biologists achieve in their chosen fields is incredible.

The overarching function is studying living organisms’ characteristics and their functions and roles in their environment.

Some areas of importance include:

Most employment opportunities for biology majors are related to careers in research or academics.

Occupations for Which a Biology Major is Eligible

Now that we have a brief outline and context as to why biology is such a fundamental career, we will look at some occupations available to biology majors. These examples are not an exhaustive list, but they will give you some direction in your career line. 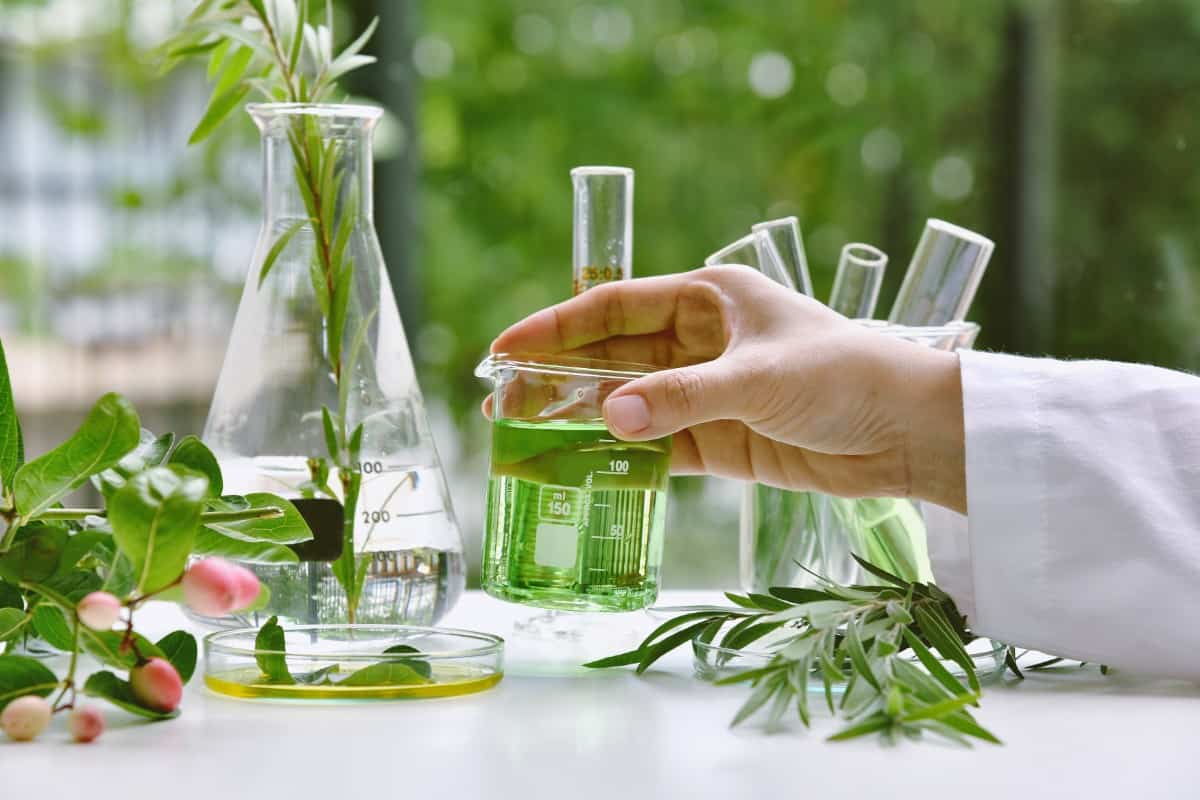 During your studies, you may discover that plants fascinate you to such a degree that you want to specialize as a plant scientist (a botanist).

The primary functions of a botanist involve:

In botany (as with most natural science careers), there is a high degree of variation in what you do. For months you might be in the field collecting samples on remote islands, followed by time spent in the lab analyzing those samples and reporting on your findings.

A standard biology bachelor’s degree is sufficient for an early career as a botanist; however, further studies into master’s and doctorates are highly recommended to further your career.

Careers in anything ecology-related are quite vast as well. Ecology involves studying the plants, animals, and other organisms of an area, how they interact, and how they interact with their environment (the soil, rocks, weather, rainfall, etc.).

As an ecologist, you will generally be involved in:

As an ecologist, you could find yourself in many different roles, for example:

Ecologists spend a great deal of their time in the field collecting data, which they take back to disseminate and analyze through computer programs. 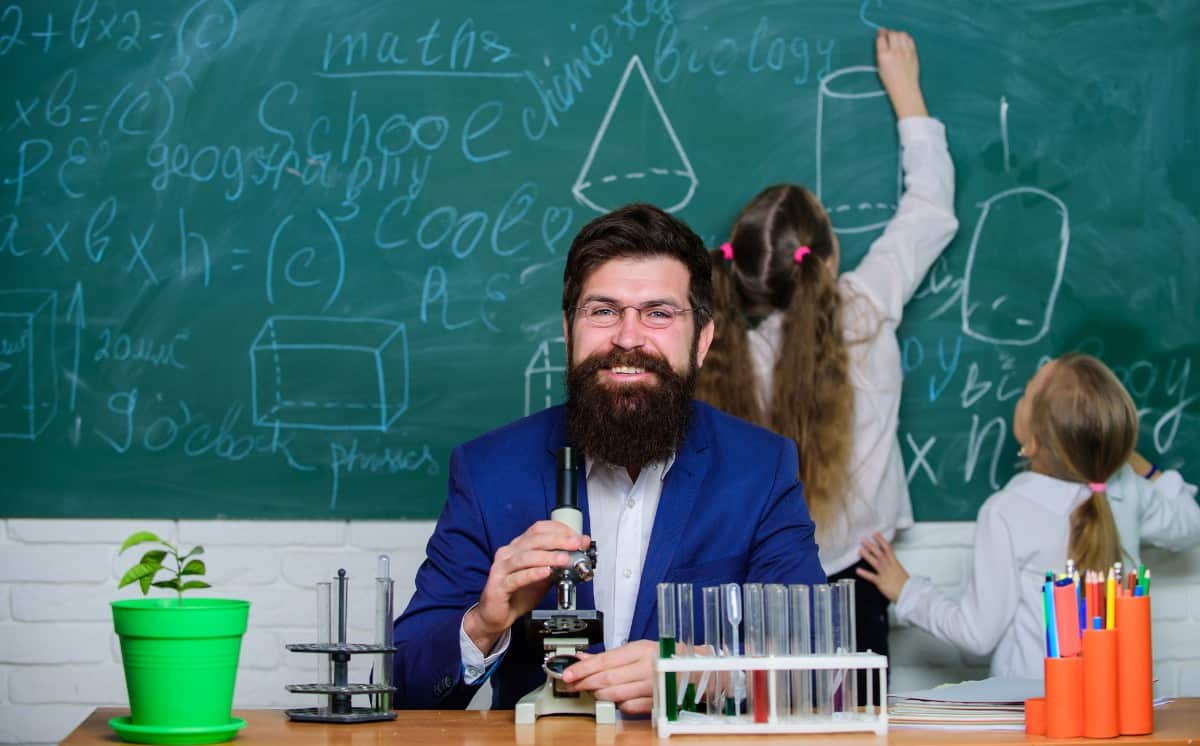 A major career line for biology majors is in academia or education. Some examples of the type of jobs in this realm include:

Biology Teacher At A School

One of the more popular career decisions is to become a biology teacher. This position is usually in middle or high school. It goes without saying, but people who choose this career should have a genuine desire to educate children, as teaching is not for the half-hearted or mixed-minded.

Teaching requires you to take an active role in assisting the students in your class, who face many issues both at school and potentially at home. It is a tough but rewarding career to pursue and one where the world of difference is made to individuals daily.

The benefit of this job is that you are in a prime situation to influence the next generation to pursue the wonderful world of biology through educating your classes, conducting experiments, and sharing your passion and enthusiasm.

To qualify as a biology teacher, you’ll most likely need to complete a basic certificate in education and pass a prerequisite test. Although states vary in their requirements, you’ll probably start as an assistant teacher and progress from there.

Biology Lecturer At A University Or College

You require a degree higher than your class to qualify as a lecturer. A master’s degree is sufficient to teach at the junior college level, but you need to have a minimum of a doctorate to qualify as a university lecturer.

Some of the duties of an environmental scientist include:

With a bachelor’s in biology, you do qualify for this position; however, employers seek higher education employees, so to progress, you need to study further. 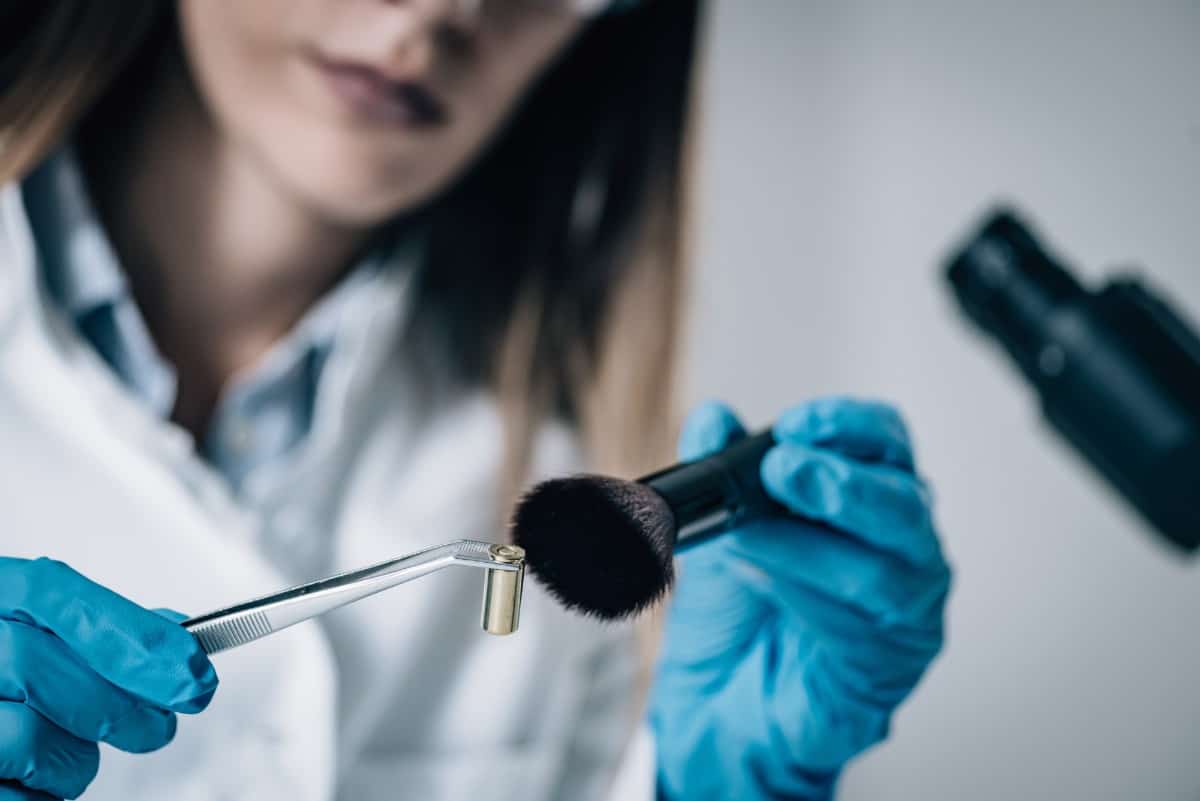 I’m sure most of us have watched an episode or two of “CSI” and were fascinated by what they accomplish with technology. With a major in biology, you could also opt to become a forensic scientist.

The primary function of a forensic scientist is to aid in crime scene investigations through the collection and analysis of evidence.

A forensic scientist is mostly found in a lab, and evidence is brought to them by crime scene investigators. They do, however, also get out into the field occasionally.

Some of their responsibilities include:

To qualify as a junior forensic scientist, a bachelor’s degree in biology is sufficient; however, studying further for a master’s or doctorate is required if you want to progress.

Companies do, however, hire graduates for junior positions, and on the job, experiences can count for a lot.

Studying biology can open up some particularly interesting career options. One of these options is genetic engineering.

Genetic engineering involves manipulating certain genes in organisms to produce the desired change. This gene manipulation could be for plants to grow better or produce more food, or it could be in humans with disorders or diseases that you can only treat through gene therapy.

The tasks of a genetic engineer include:

To qualify as a genetic engineer, you would need at least a bachelor’s degree in a biological field that focuses on biochemistry, molecular biology, genetics, or a specific genetic engineering course. 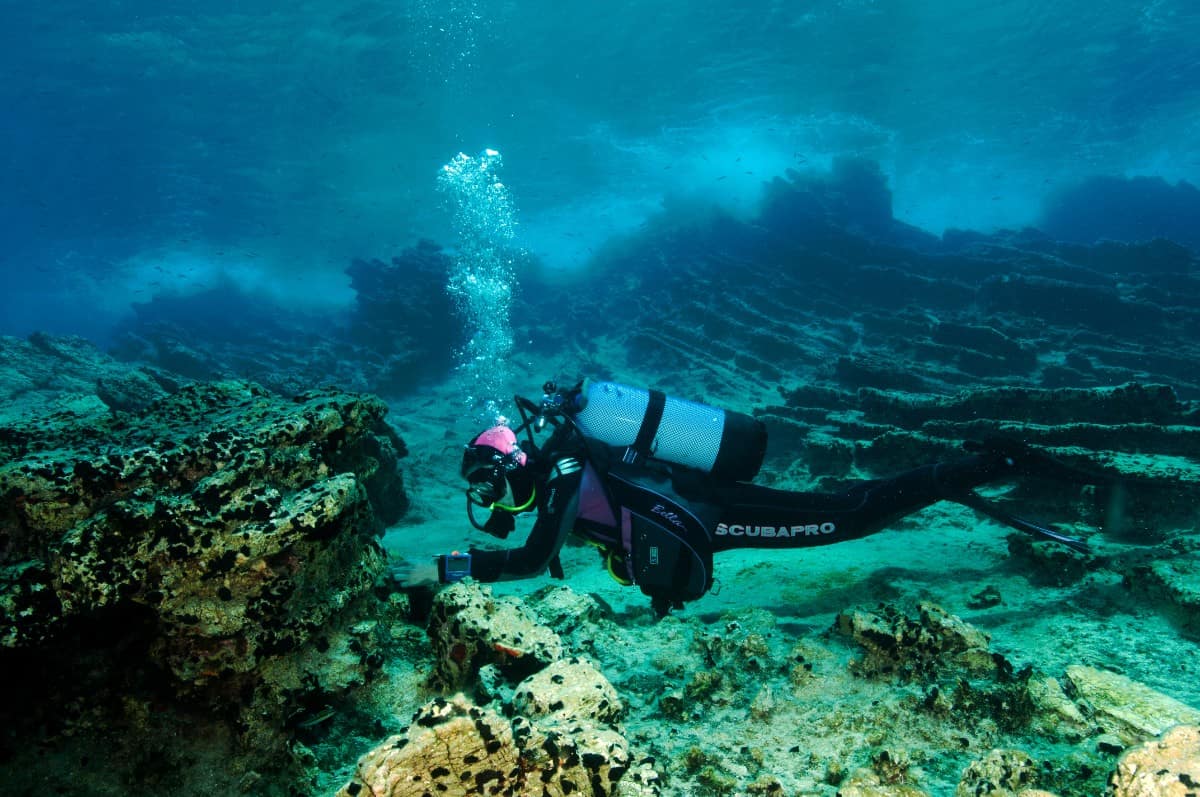 A marine biologist has the privilege of discovering what sea creatures there are, how they interact with one another, and how they are adapted to live in the ocean.

Some responsibilities of a marine biologist include:

Marine biology is a foundational course where specialization in various related fields is possible. Biology alone would not qualify you as a marine biologist; however, it is a good baseline.

A microbiologist studies microscopic lifeforms (microbes), like algae, bacteria, fungi, viruses, and protozoa. They are lab and office-based, and their work benefits the field of healthcare and agriculture.

Some duties of a microbiologist include:

A bachelor’s degree in microbiology will be sufficient for an entry-level job; however, further studies into a master’s and a doctorate are essential to progress in this career. 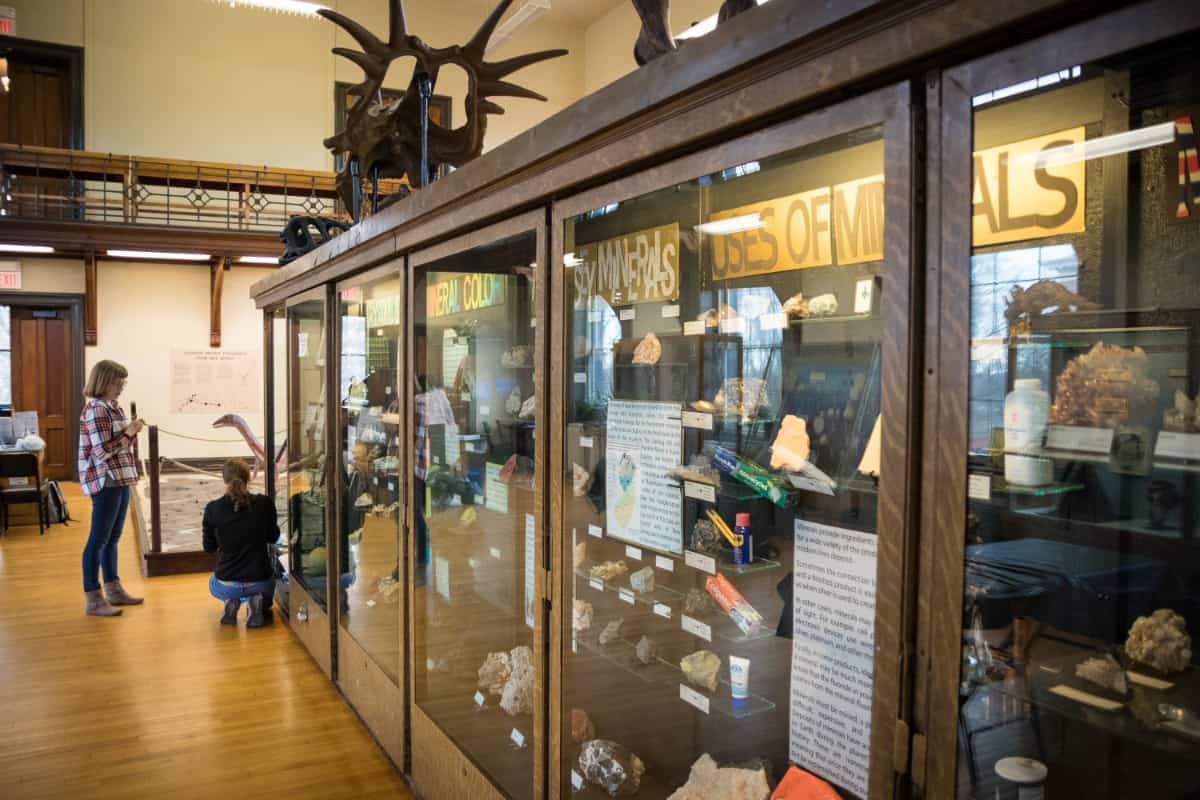 If you are interested in education but don’t want to deal with students, then a science museum curator might be your top pick.

As a curator, you are responsible for an entire exhibit and all collections contained within the said exhibit.

Some tasks of a curator include:

To qualify as a curator, many museums ask for a master’s degree at the minimum. Therefore, additional studies would be necessary for this position.

Science technicians have a vital role to play in the classroom by:

Although, for most states, a bachelor’s in biology would make you overqualified for this position, having it goes a long way in putting you above the competition and helping you progress quicker in the field if that is where you want to be. 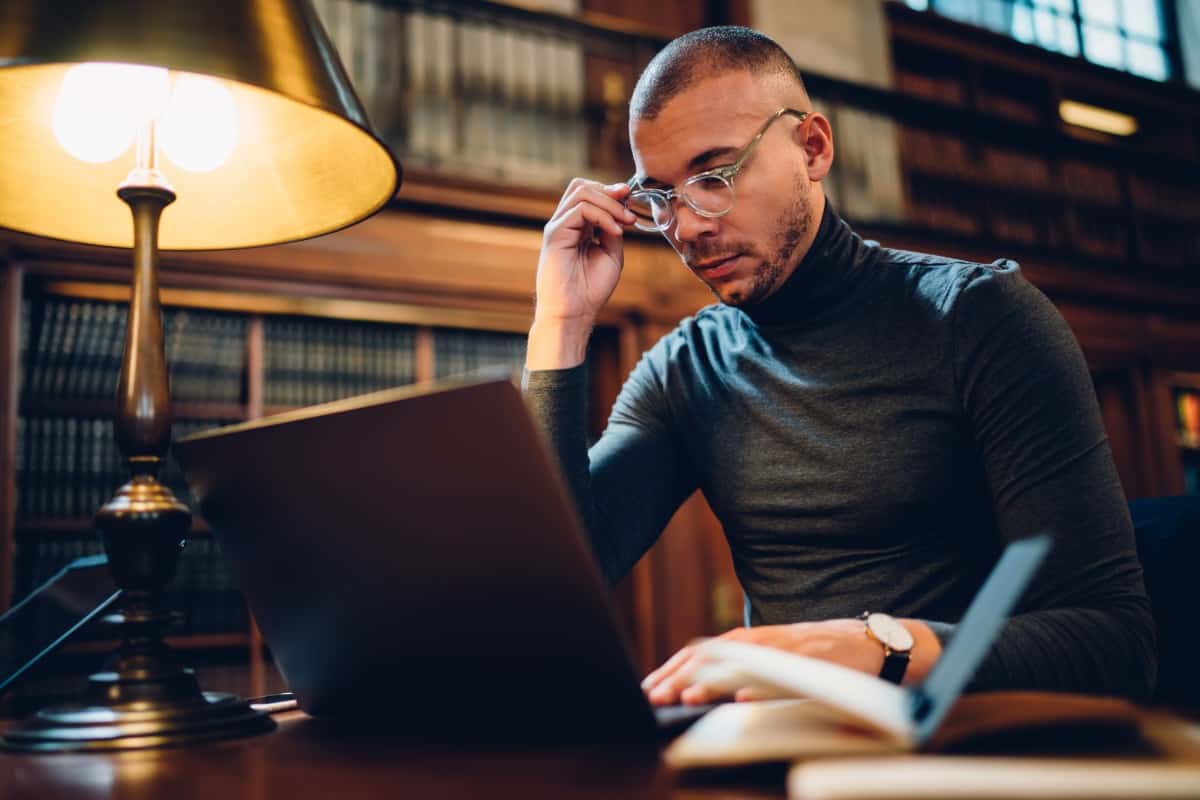 A science journalist stays on top of current scientific breakthroughs, news, and other developments, often by perusing scientific articles, and then condenses and relays that information to the general public in an understandable way.

Some of the responsibilities of a scientific journalist include:

Most often, a degree in biology is not necessary, rather a degree in journalism. However, a biology degree will assist you in understanding some of the topics and jargon used in scientific articles.

Food science and technology is an increasingly popular field. The purpose of a food scientist is to enhance the growing and production capacity of plants, increase the preservation of products, ensure the safety of the consumer, and reduce the overall cost of production.

A food scientist usually works in a lab, and their responsibilities include:

A bachelor’s degree in biology should be sufficient for an entry-level position, and additional studies are recommended for career progression. 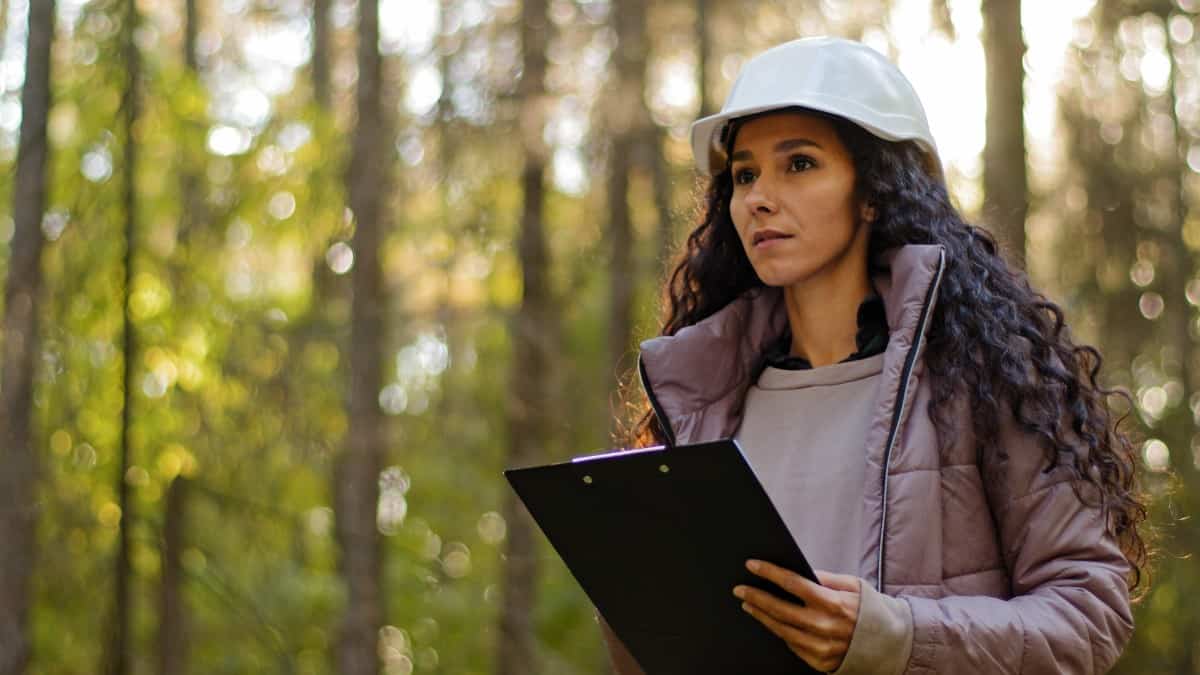 Wildlife managers take an active role in ensuring that a national park, reserve, or other wildlife conservancy area operates efficiently and optimally.

There is a high degree of fieldwork in this job and a lot of office work, with no (or barely any) lab work. Forest rangers and zookeepers are examples of wildlife managers.

Responsibilities of a wildlife manager include:

A degree in biology is beneficial for this line of work; however, a reserve manager/ecology or another related nature degree would also be sufficient.

Zoologists are the animal component of botanists. Zoologists focus mainly on studying animals, their adaptations, behaviors, anatomy, physiology, evolution, phylogeny, etc. Zoologists spend a balanced amount of time between the field, the lab, and the office.

A zoologist will work for many employers, including zoos, government, educational institutes, research institutions, and NGOs.

A zoologist’s duties generally include:

A biology degree will help with zoology, but you may need to specialize in that field during your studies.

Fields of Specialization Within Biology 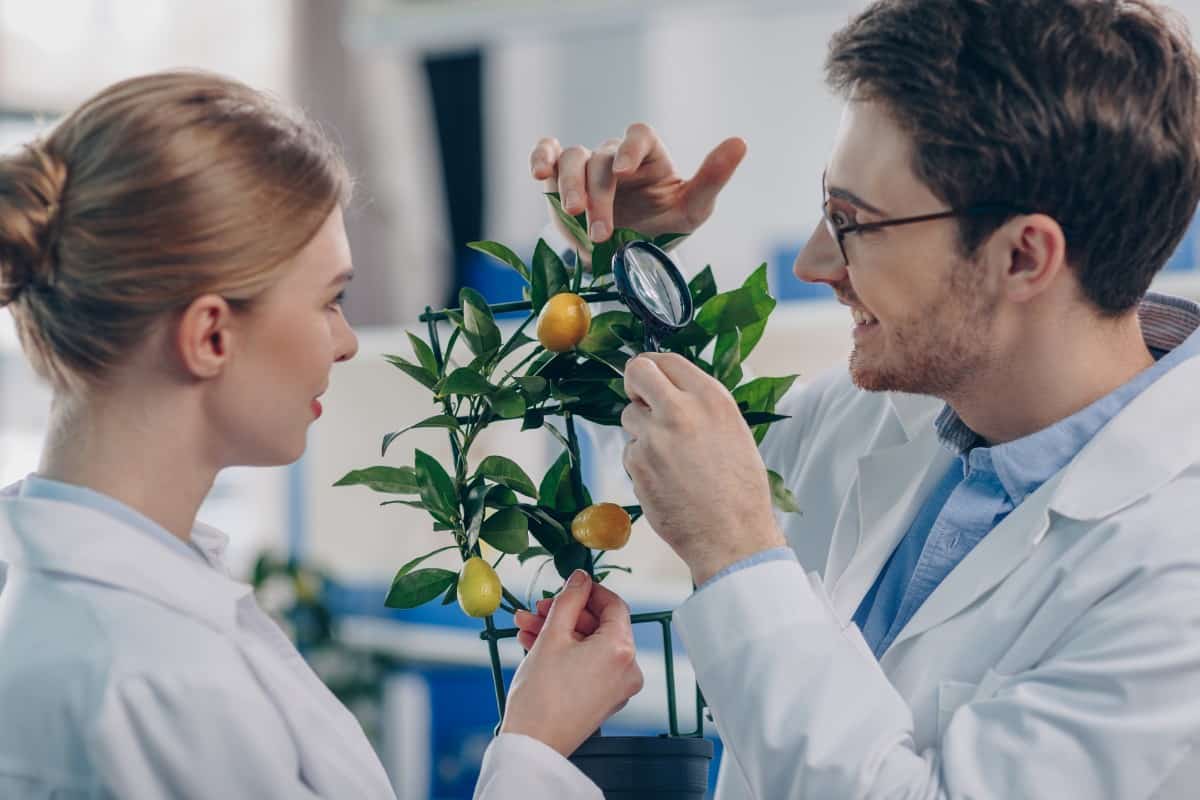 Biology is a vast field. When you complete a bachelor’s in biology, you will have only nicked the tip of the iceberg in terms of information, but you will better understand and have the tools required to progress in the career line.

As you study further into a master’s or a doctorate, you’ll have the opportunity to specialize in a particular field by studying specific topics. 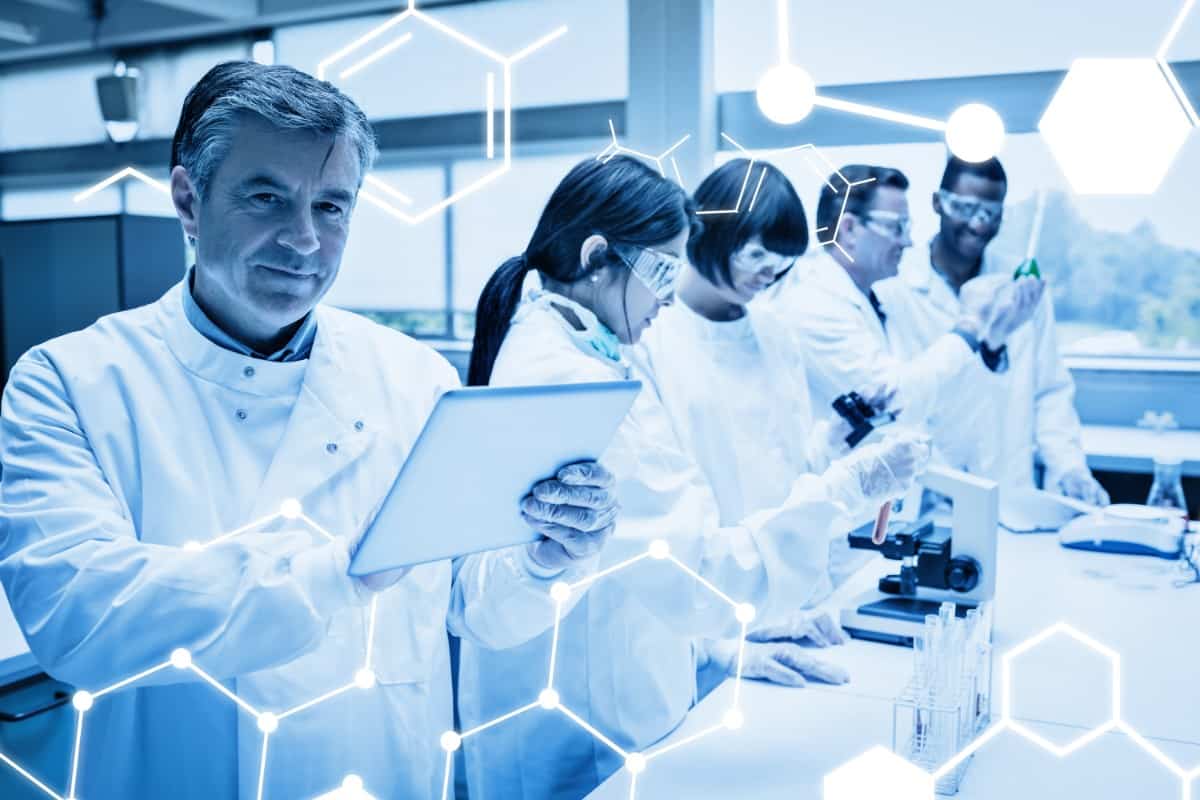 Biology is a science and, therefore, most employers would be science and technology or academia related.

Examples of prospective employers include:

Each employer has its set of benefits and drawbacks. There is a need for biologists and biologists that specialize further.

Biology is a broad field of study but one of the most important to pursue. Without biologists, we would not understand how the world around us works or why. Once you have completed a bachelor’s in biology, it is worth all the effort of studying further into a specialized field of biology; doing so will propel your career to lofty heights and increase your capacity and knowledge base.

Purdue University: 10 Reasons to major in Biological Sciences if you are planning a medical career

Peterson’s: The Advantages of Majoring in Biology

U.S. News & World Report:  What You Need to Know About Becoming a Biology Major

QS Top Universities: What Can You Do With a Biology Degree?

The Ecological Society of America: What Is Ecology?

PubMed: Community Health Workers in the United States: Challenges in Identifying, Surveying, and Supporting the Workforce

Indeed: How To Become a Museum Curator: Step-By-Step Career Guide

Indeed: How To Become a Genetic Engineer

WiseGEEK: What does a Science Journalist do?