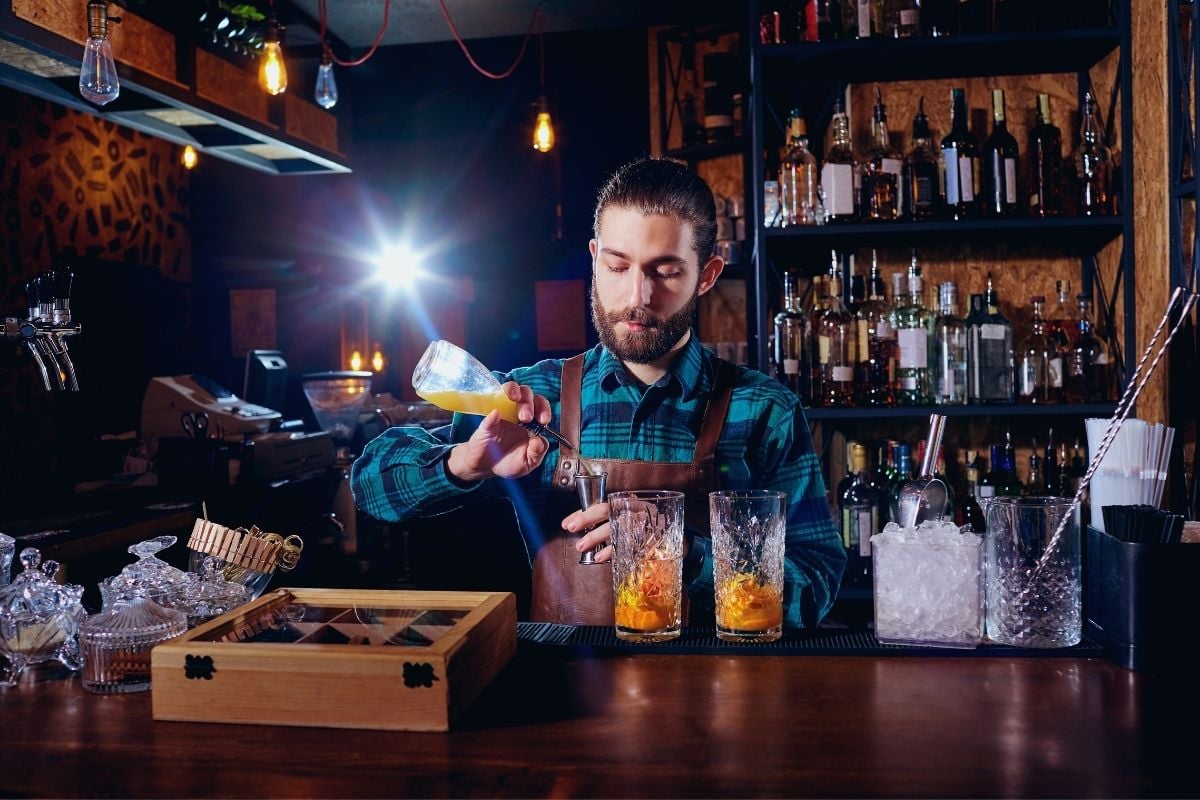 A mobile bartender needs to have a liquor license in order to accept money for serving alcohol.  This liquor license will need to be tied to his or her business, or it can be supplied by the venue at which the bartender is working.

Mobile bartending has been growing in popularity over the last several years as many people are looking for ways to host gatherings while businesses such as restaurants and bars are shut down.

There are a number of bartenders who are looking for ways to make extra income, so many of them have thought about starting a business of mobile bartending. For many bartenders, however, the biggest hurdle they have to o overcome is licensing.  While every state and county have different laws, it is nearly universal that anyone who is selling alcohol has to have some type of license.

For many bartenders, getting licensed means either obtaining the license themselves or using a venue’s license. 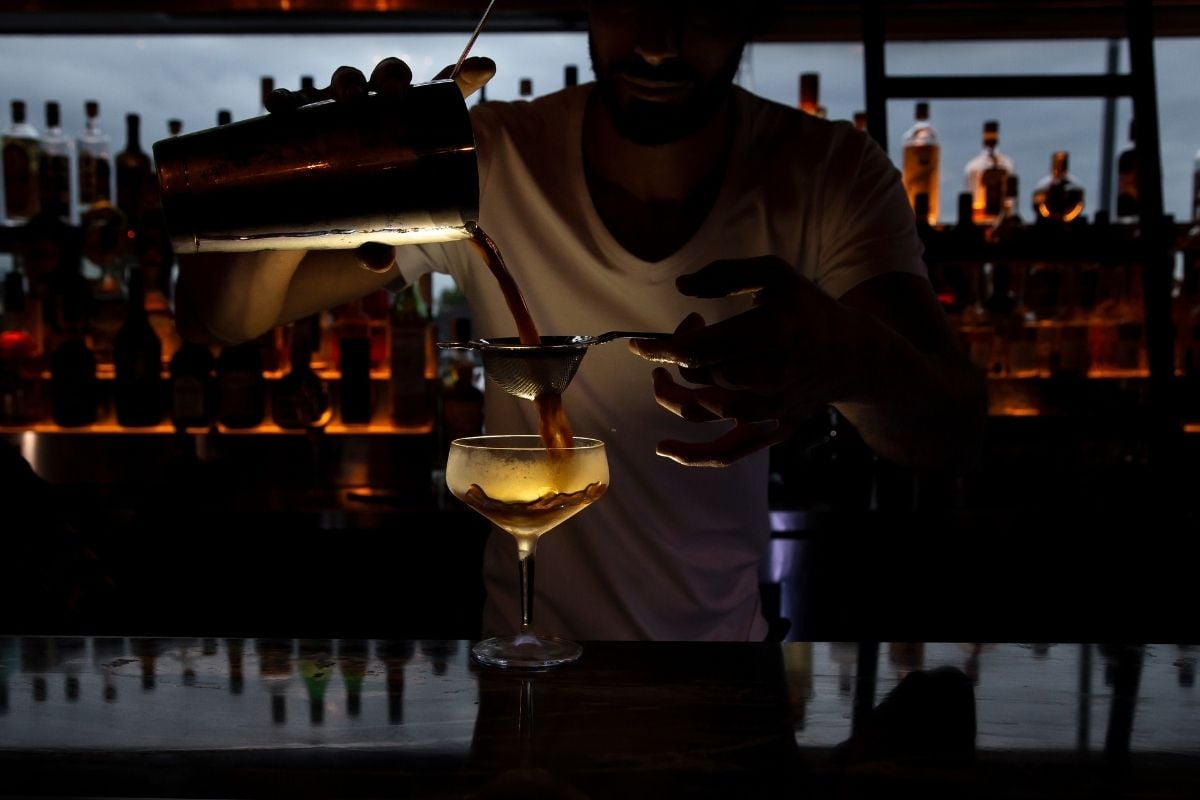 This can be a very time-consuming and expensive option, but once completed, the bartender will not have to worry about licensure no matter where they go.  In this scenario, the bartender will need to start by setting up a business.  Depending on the area, this may be as simple as filling out a one-page online registration, or it may require a lawyer to get involved.

Once set up, however, the bartender can then use the business to apply for a liquor license.  Essentially, the bartender goes from being a self-employed independent contractor to a small business owner. The company then sets up shop, so to speak, in each venue and uses the license to sell alcohol.

These licenses are the same ones used by food trucks and other vendors at fairs and outdoor concerts.  At this point, the business is legally allowed to operate wherever it wants.  The bartender/ business owner should be aware that he or she will need to ensure that every event he or she is hired for does not violate the terms of his or her license. 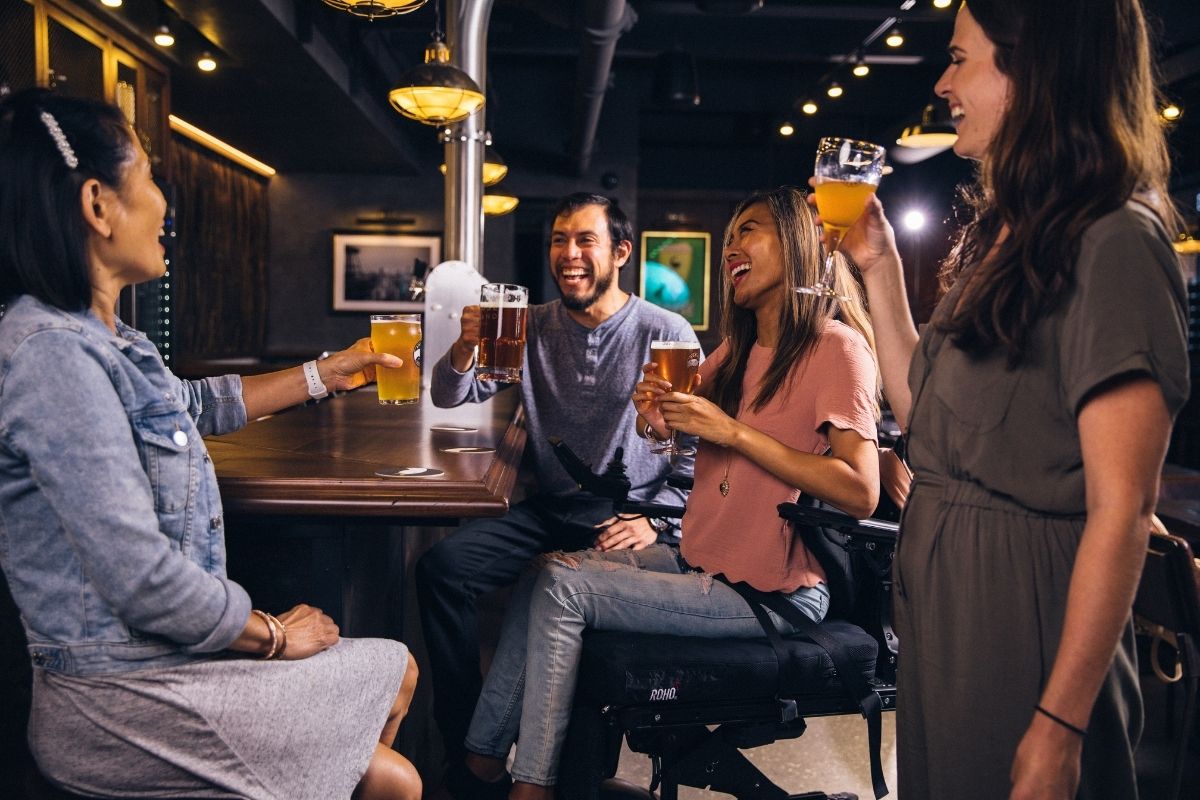 If the municipality does not offer a license in which the bartender is allowed to change the venue(i.e. the license is tied to a specific address), then it will be necessary for the business owner to either apply for a license for every venue at which they work or use the business license that is already in place.

Both of these can be much more difficult than having a license that is tied to the business, regardless of where it operates from. Applying for a liquor license for each location that the bartending business operates from is a very time-consuming and expensive option.

Each location will need to be separately licensed, and the process to do this can be very expensive.  In some municipalities, liquor licenses are limited and auctioned off, costing a business tens of thousands of dollars or more to obtain one.

Getting a venue to comply with all of the laws involved with getting a liquor license can also be problematic, particularly if the bartender does not own or directly work for the venue.

It may be possible for the bartender to work off of the venue owner’s liquor license, but this is rare.  Typically, if an establishment has a liquor license, they will not want to use an outside vendor to provide bartending, but rather will insist on using their own staff.

See also  How Do Plumbers Get Paid?

Be aware that this is a common ask at weddings; many couples, upon seeing the price of an open bar from a venue such as a country club or restaurant will try to get a friend to do it for them instead.

The establishment will rarely agree to this, however, as they are not only losing profit, but also opening themselves up to liability from an unknown vendor.

Nearly every municipality that requires liquor licenses will have one exception, however.  Persons who are hosting a private party; that is, a party at which no funds are being collected for the organizer, are allowed to serve liquor without a license.

The exact wording of this loophole will vary; some places do not allow any direct alcohol sales, while others will allow bartenders to sell drinks for cash in limited quantities.

Because of this, many mobile bartenders get around the alcohol licensing by charging the party organizer a single flat rate for “party planning and service”.  This fee is meant to cover the entire alcohol and bartending bill for the party.  The party organizer can then choose to foot the entire bill or split the cost among a group of friends.

Be aware that this means a bartender’s business will need to factor in the cost for the entire party’s worth of alcohol.  Many bartenders who do these types of events have learned a few important tips:

1.  Specify the number of people who will be served at the event, especially if drinks are unlimited:  When word gets out that there is a party with an open bar, people will show up.  If the event organizers really want to have an open bar at their party, they need to have a closed guest list.

See also  10 Different Types of Jobs in the Medical Field

2.  Even better specify the maximum amount of alcohol that will be served:  Base consumption on the amount of people, type of event, and length of the party, then figure out how many bottles and kegs that event will go through.  Only show up to the venue with that amount of alcohol, and close the bar when all of it is consumed.

Make sure this is spelled out in the contract; party organizers who refuse to limit their guest list or cut back on how much alcohol they’re willing to buy are often very upset when the bar closes after the first hour of a party.

3.  Check on the venue requirements:  All too often bartenders have arrived to a venue to find out that it does not allow outside vendors.  While it’s easy to say that the onus is on the individual or group throwing the party, checking ahead of time can save a lot of trouble down the road.

Private parties are the most common way that most mobile bartenders are able to avoid licensing problems, but that doesn’t mean these events are completely unregulated.  If you plan to go into business as a mobile bartender, make sure that you are familiar with your local laws and regulations.

In some cases, it may even make sense to hire a lawyer to review your local laws an ensure your business is in compliance.