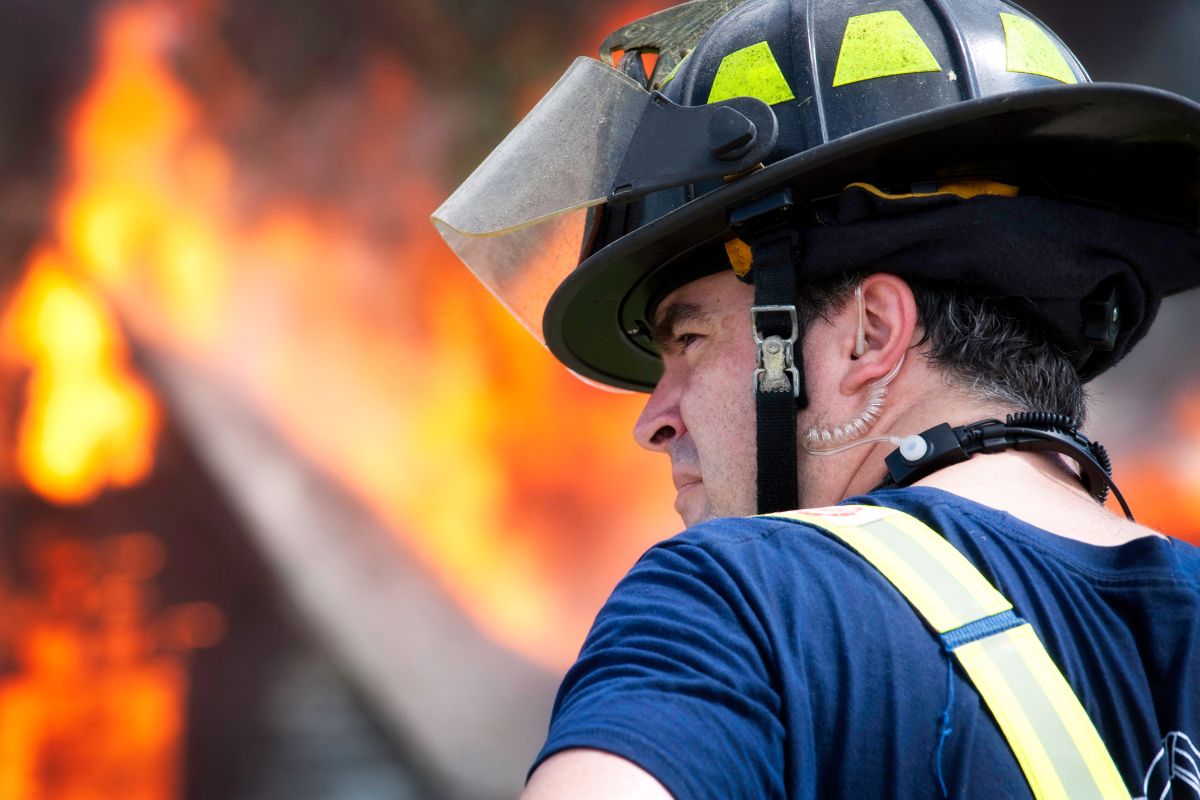 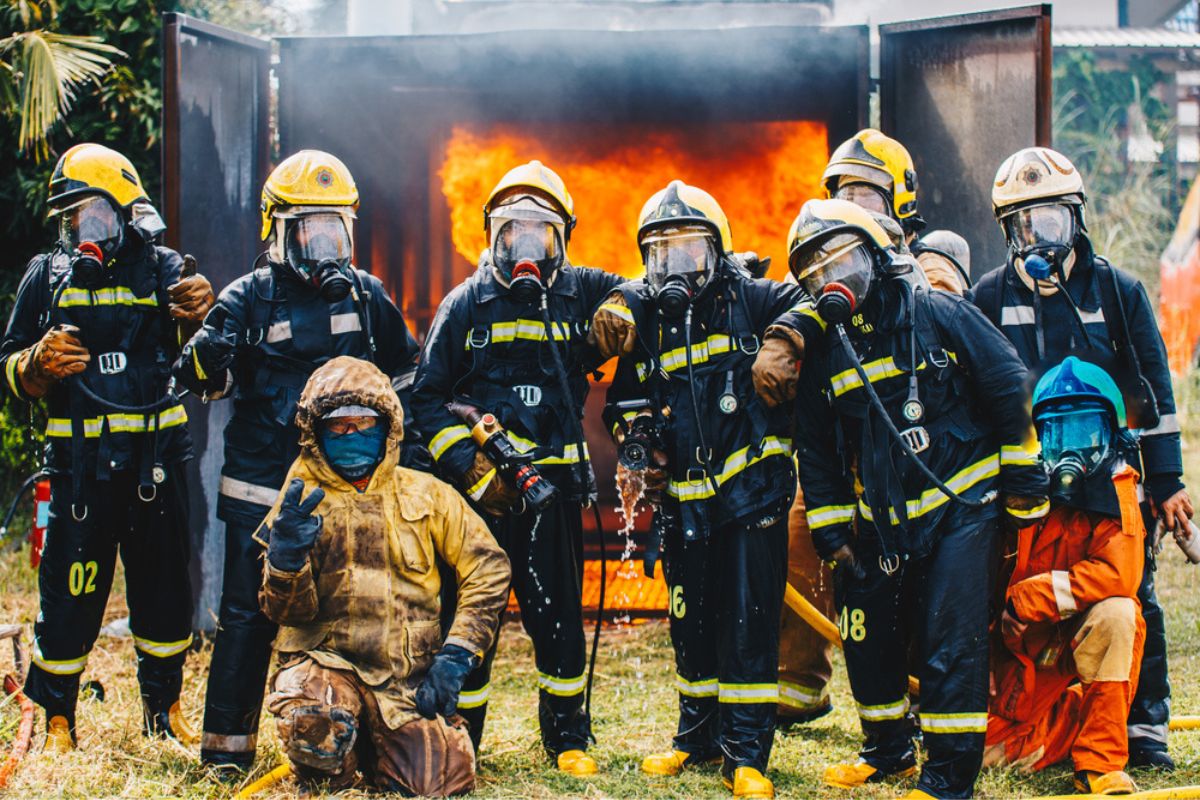 In 2009, Retired Fire Chief Richard B. Gasaway had a talk with a friend of his. After that, this said friend retired from firefighting for 10 years. At the time this conversation occurred, Chief Gasaway had only been off the firefighting force for about six months.

Gasaway reports that his friend “misses it every day of his life” and dreams about three to four times a week about being back on the fire department. This person who misses firefighting even jumps up as a firetruck passes his house and describes his life as a “lonely existence.” I don’t think that’s true of just firefighters though.

Anyone used to working full time will feel a void after leaving the workforce. Still, there’s something to be said for coping with the retirement transition. Some people have a harder time handling it.

They even hang out at the fire department afterward where they most feel at home. Chief Gasaway, after having only been retired for less than a year, said that he doesn’t miss it one bit. He even emphasizes this point to his friend by adding “not in the least.”

Gasaway did, however, admit that he may have not been off the force for long enough to miss it like his friend did after 10 years.

My example scenario illustrates what firefighters may do after they no longer wear the suit and hard hat, hold the water hose, or drives the big red truck. One firefighter spent 27 years in service. Then, this rescue veteran traveled to Europe for about a year.

I think this retired firefighter took a well-deserved break by “goofing off” during this time. Everyone who works that hard should feel entitled to it. I learned from this scenario that a firefighter can travel the world and still feel like they’re not done working.

This individual ended up becoming a chief for a while returning from Europe but professed to not enjoying the politics of the position. Later, this retired firefighter did take on a different part-time job writing grants and policies for the department. It seemed that the retirement job this person took the most pride in was the one spent coaching young, new firefighters.

This happened during the three years spent in charge of a local fire academy, which apparently was the best time of this retired firefighter’s life. There were other times when this individual dreamt of traveling to foreign lands. I presume this is because he felt dissatisfaction in some of his post-retirement positions.

He also confesses of having dreams in the locker room or getting ready to put out another fire. After 2017, this person settled on working as fire inspector twice a week and did achieve some contentment.

See also  How to Answer the Greatest Weakness Question

The Jobs Retired Firefighters Can Do 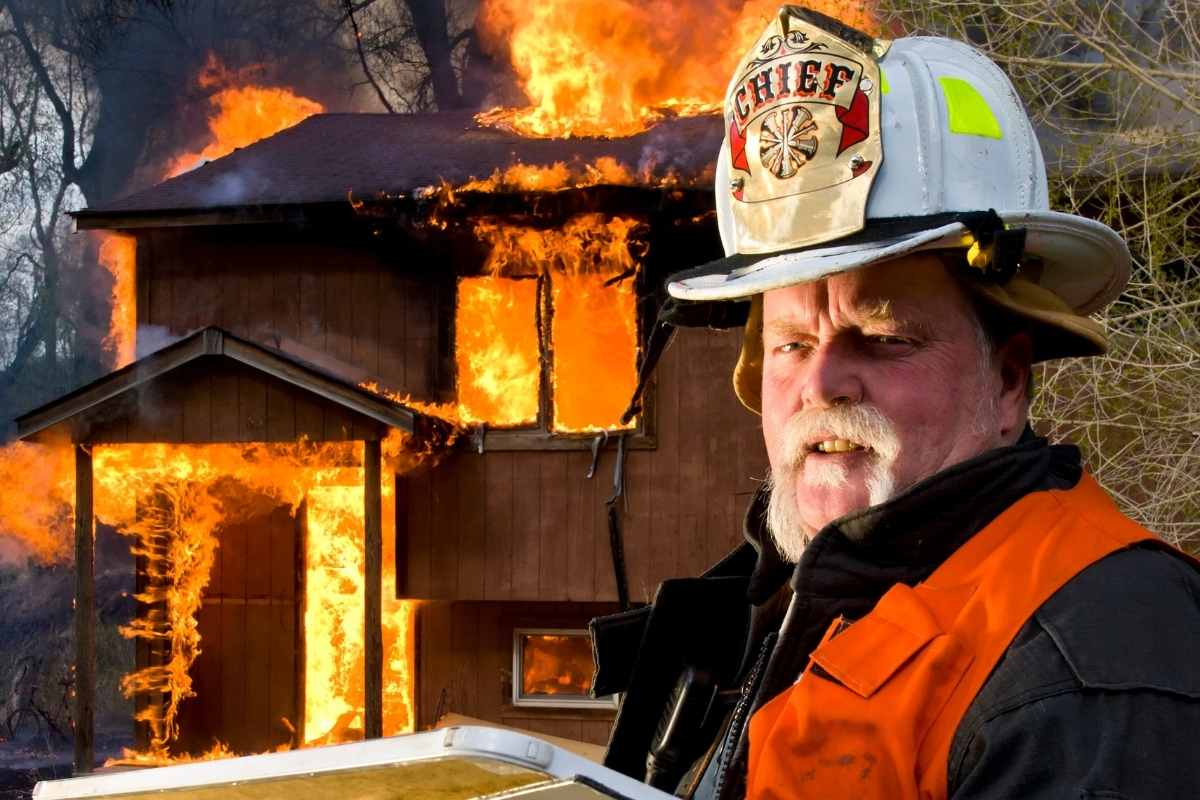 A Fire Chief typically earns between $64,407-$165,780 per year. An Assistant Fire Chief might earn from about $26,000-$40,000 per year depending on years in service, training, certifications, desired work hours, and other factors. A Fire Chief spends quite a bit of time in the coordinating and organizational roles.

A person in this position also will direct the teams sent to put out flames and rescue people from burning buildings. In addition, someone who has this job title may set up community fire safety education programs. Along with that, chiefs might work with career recruiters who prepare young adults for firefighting work.

Fire chiefs also will verify that all rescue workers have proper certification. In addition, they will manage and allocate department funding. A person sometimes naturally falls into this role water spending enough years in a fire department.

If you were the one taking the initiative to build morale for your team, this would be a good job fit for you. 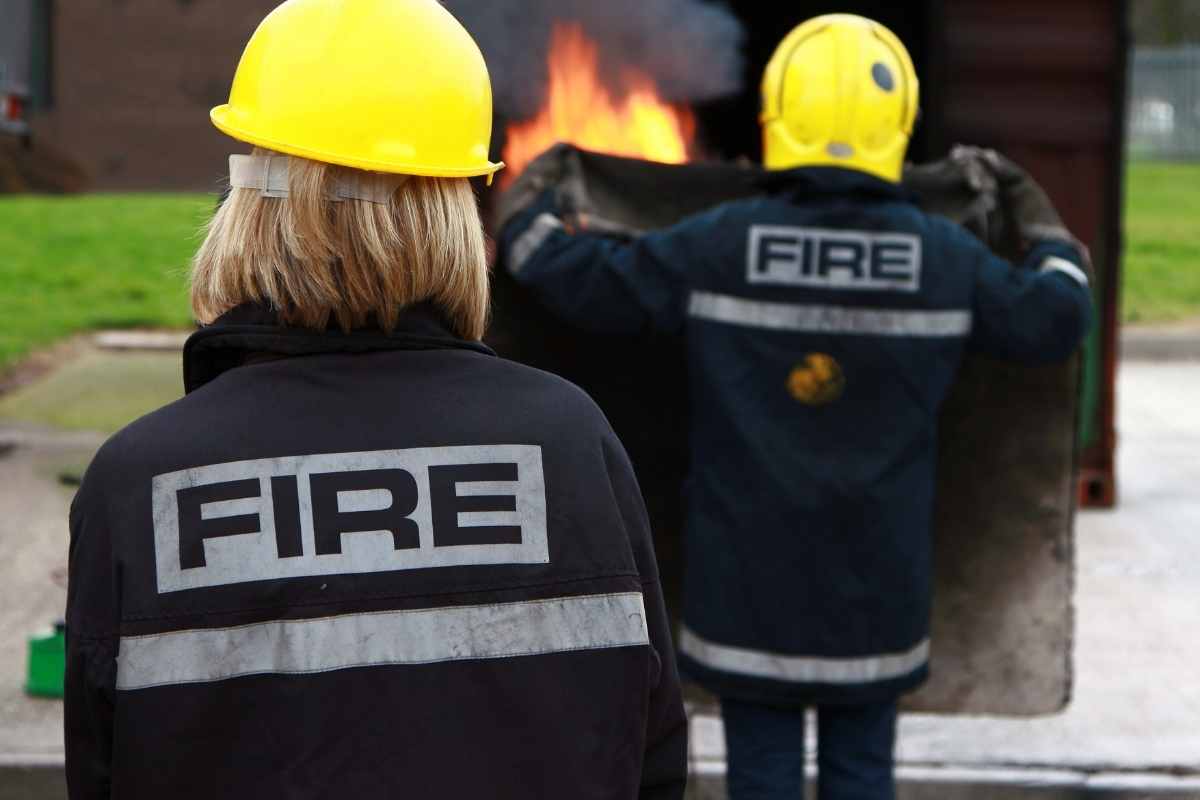 A Fire Marshal typically visits buildings to make sure they’re up to code, so fires result in minimal damage. They also identify municipal building code violations and instruct owners and managers how to resolve them. Common building issues include using outdated materials, such as aspestos, that could cause a fire.

Other times, neglected repairs are the violations that need to be resolved. You’d point all these issues out and give building owners the chance to correct them.  If owners or managers of properties don’t fix issues that could cause a fire, then you’d help make sure those rules are enforced.

Fire Marshals might also generate reports for law enforcement and persecutors when investigations occur. A person in this role also oversees inspection staff and determines whether a fire is accidental or not based on an inspector’s findings. An entry-level Fire Marshal might start out at less than $20,000 per year. 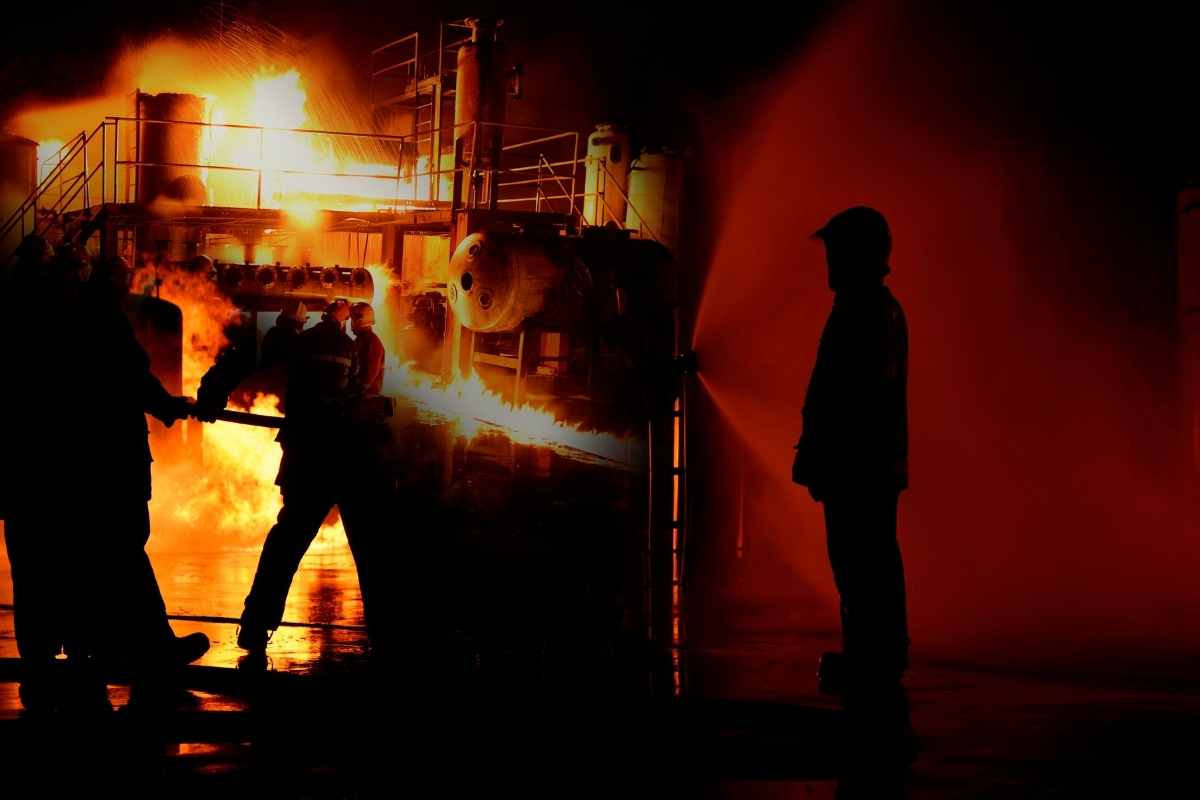 You might not see this position advertised in job postings for the public that often. It’s one you may stumble upon if you know the department that needs a recruiter and is looking to hire internally. You also might learn of opportunities like this if you have decided to take continuing education classes.

This role usually involves inviting new aspiring fire rescue workers to join a municipality’s firefighting team. As a recruiter, you would cover the pros and cons of firefighter work and how to become one. 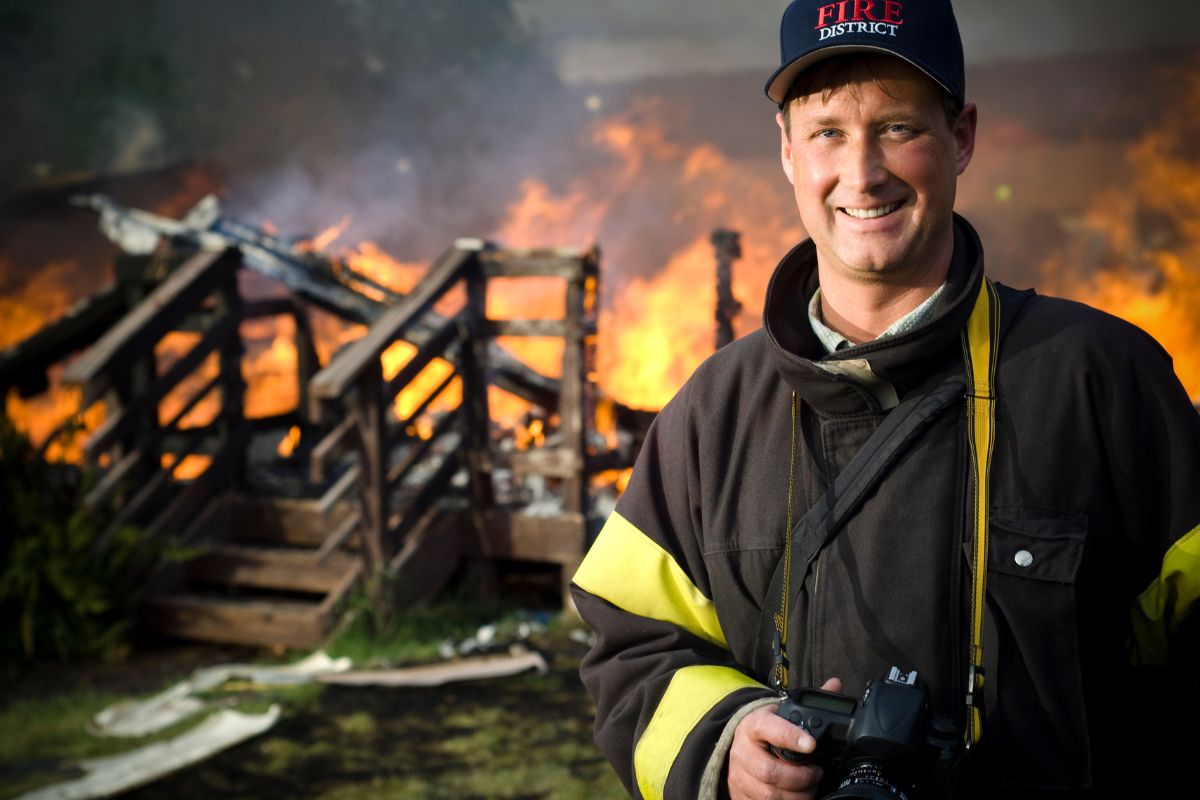 When enrolled in this position, you would determine the cause of a fire. It doesn’t always have to be intentional. In fact, most of the time you will determine that it was an accident and the cause of it.

See also  What Do Plumbers Do?

When applying, keep in mind the role of a Fire Investigator might vary. That’s why the salaries differ so much. Some positions just require you to assist a deputy or a marshal.

However, other roles require you to supervise teams. As a General Fire Investigator, you would mostly evaluate damage for insurance purposes, but you may also investigate suspected arson cases.

This ties in with work as a Fire Investigator, but it offers a twist. You get to help law enforcement find out if a fire started on purpose and not by accident. An Arson Investigator occupation could lead you into a forensics career, which you can train for in as little time as a couple of months.

If you’ve ever watched any crime shows, for example, you’ll know that forensics teams study crime scene evidence and determine the science behind why certain arson cases occurred. Salary differentials for Arson Investigators may range a little higher than for a General Fire Investigator. However, there’s a large range.

Depending on your experience, you could earn anywhere from around $56,000 a year to more than $100,000 a year as an Arson Investigator. Some people in this role might even earn more than $200,000 after enough years in the department. 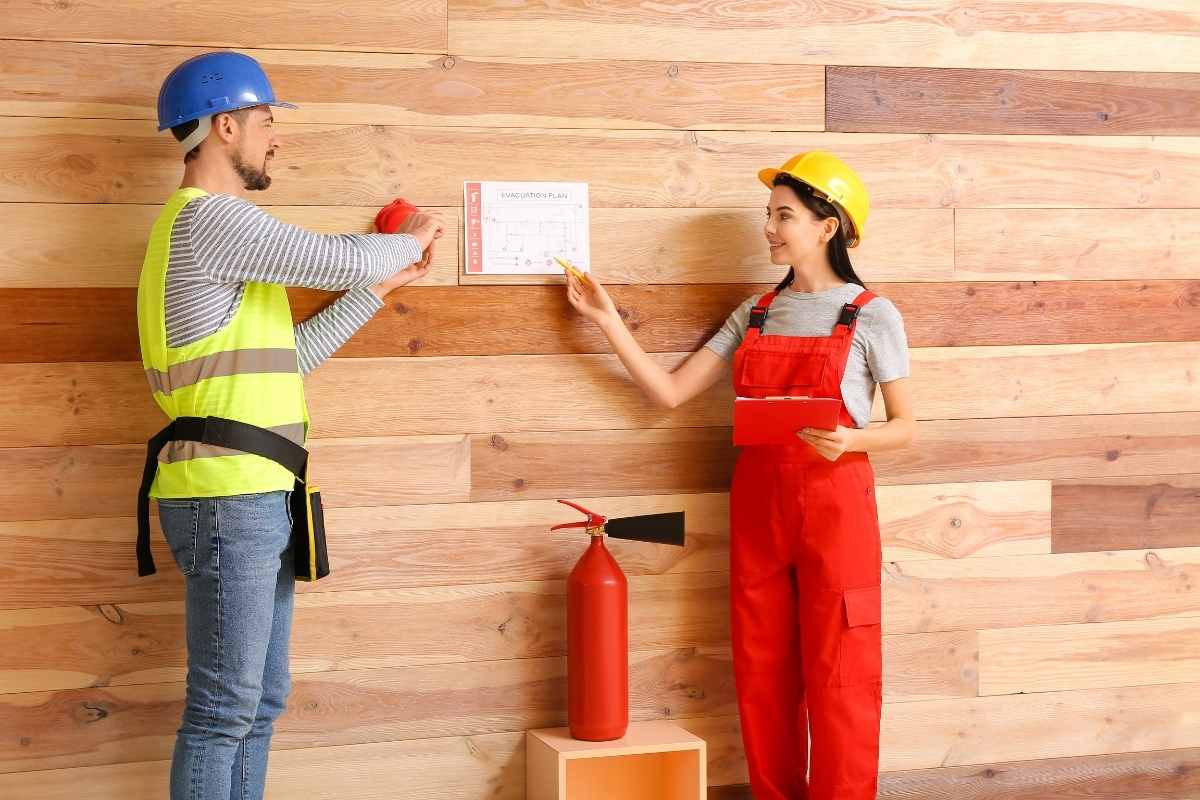 I can’t think of a better position for a firefighter who no longer wants to be under the wiles of threatening flames. If you’ve lived half your life contending with fire and smoke, and feel like you paid your dues to society, it’s ok to decide to move on. You can enjoy life and start to train others.

As a safety trainer, you will offer fire prevention tips. You will spend time teaching them through programs offered at schools or job sites. If you want to work for your state, you could also teach people how to prevent forest fires.

There are quite a few directions that your career as a Fire Safety Trainer could take. You could even start your own social media channel if you wanted to. You’d get a lot of attention sharing your stories and how to avoid all kinds of disasters.

If looking for a conventional position either part time or full time, here’s what you can earn per year: Approximately $59,336. Divide that in half, and that’s what you would make if you decided you wanted to work part time for about 20 hours a week. You might not earn as much as in some other post-retirement positions.

However, this position may come the most naturally to you, and you can decide how often and when you want to work.

I think for firefighters who enjoyed their job but are tired of the stress of being in the actual center of a disaster, they might still want to help people. In this case, becoming an emergency dispatcher answering calls for all types of emergencies, including fires, would suit them. Perhaps you can arrange with your local community a part time position if you don’t feel like working full time after retirement.

If you do decide to work full time as an emergency dispatcher, you would make an average of $55,293 per year. 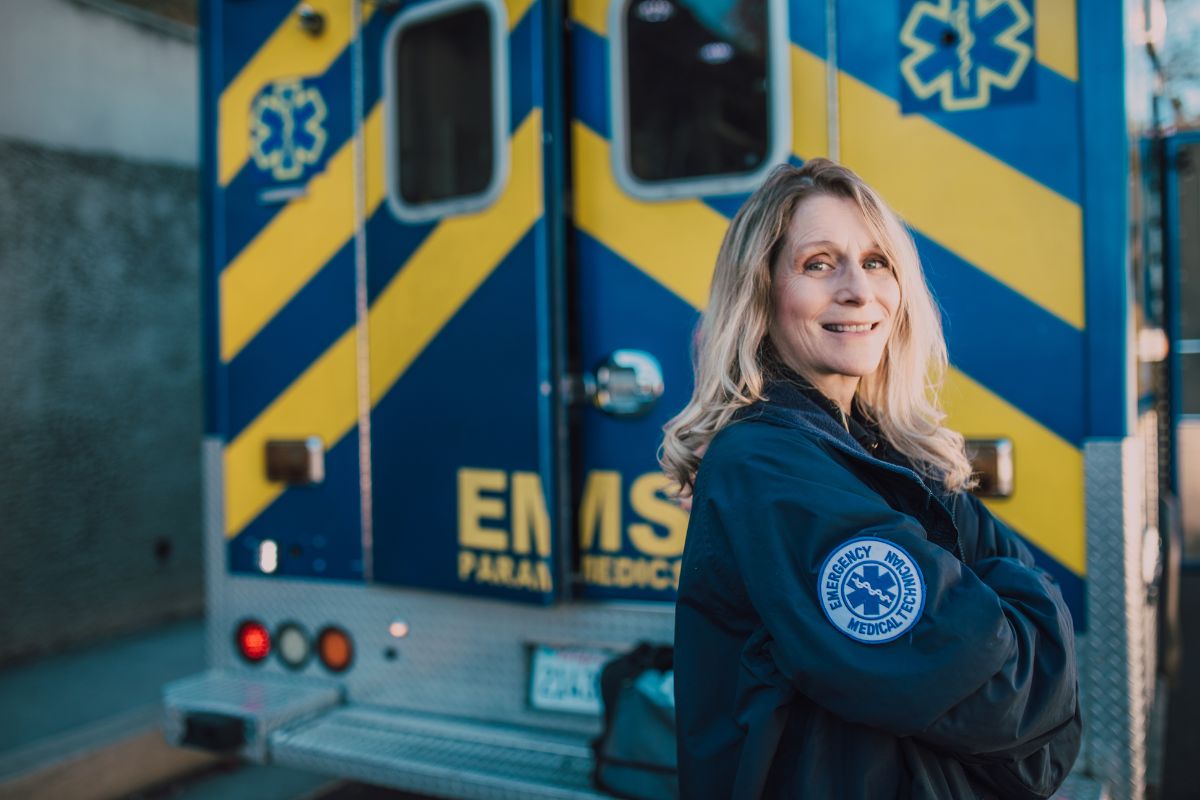 As a retired firefighter, you probably have the qualifications for any EMT job you want. In some situations, you may have to take a few classes and earn a certificate. However, some of the training periods are extremely short.

One option for you is to be an ambulance driver for an EMT team. EMT drivers and other rescue personnel usually make an average of $48,883 a year. If you’ve been a firefighter for 20 or more years, it’s possible you would make more than that. 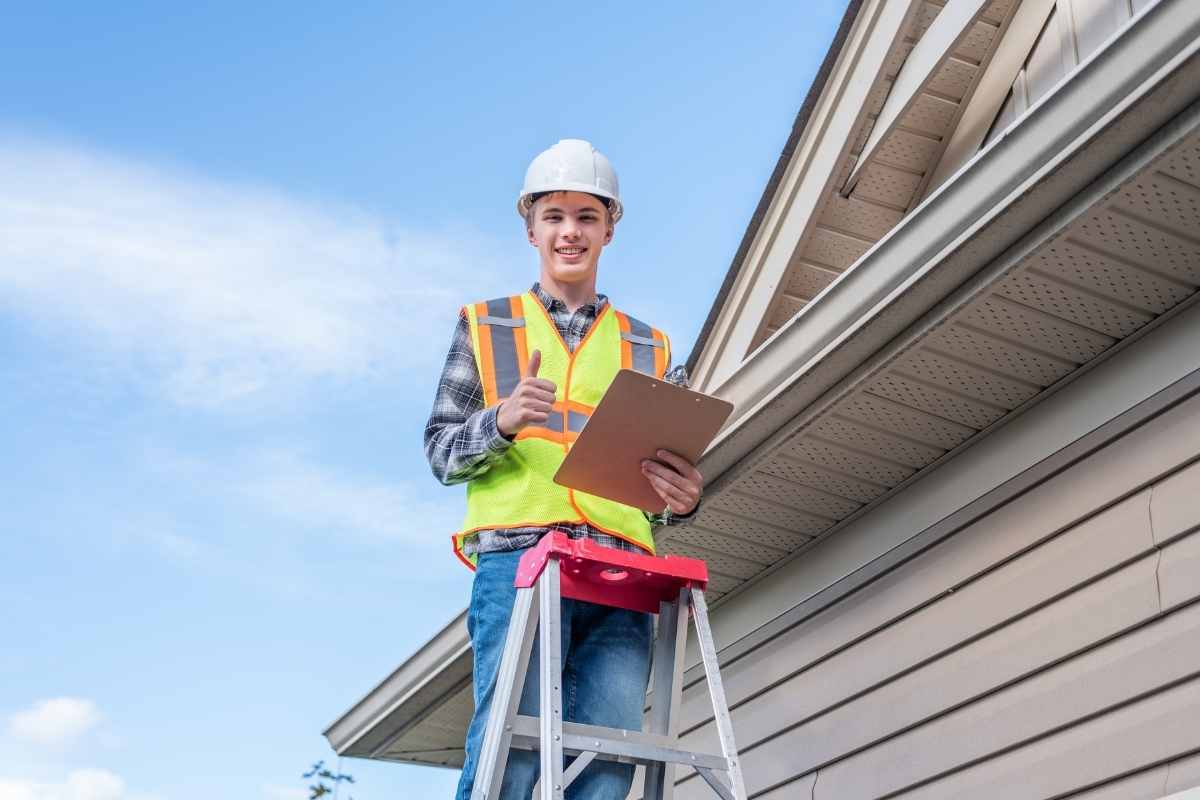 I’m only speaking for myself right now, but I bet if you have any experience as a firefighter, a Home Safety Investigator job would suit you. You can determine a home’s risk of catching on fire based on its plumbing, electrical and structural condition. Your time spent carefully serving each piece of property inside and outside could save lives just like you were when you were an active firefighter.

Some realtors may not be happy with you if you admit to them that you don’t think the home they’re selling is safe, but at least you’re doing your due diligence. If you’re working with an honest company, you have no need to worry. You can still make a decent living. 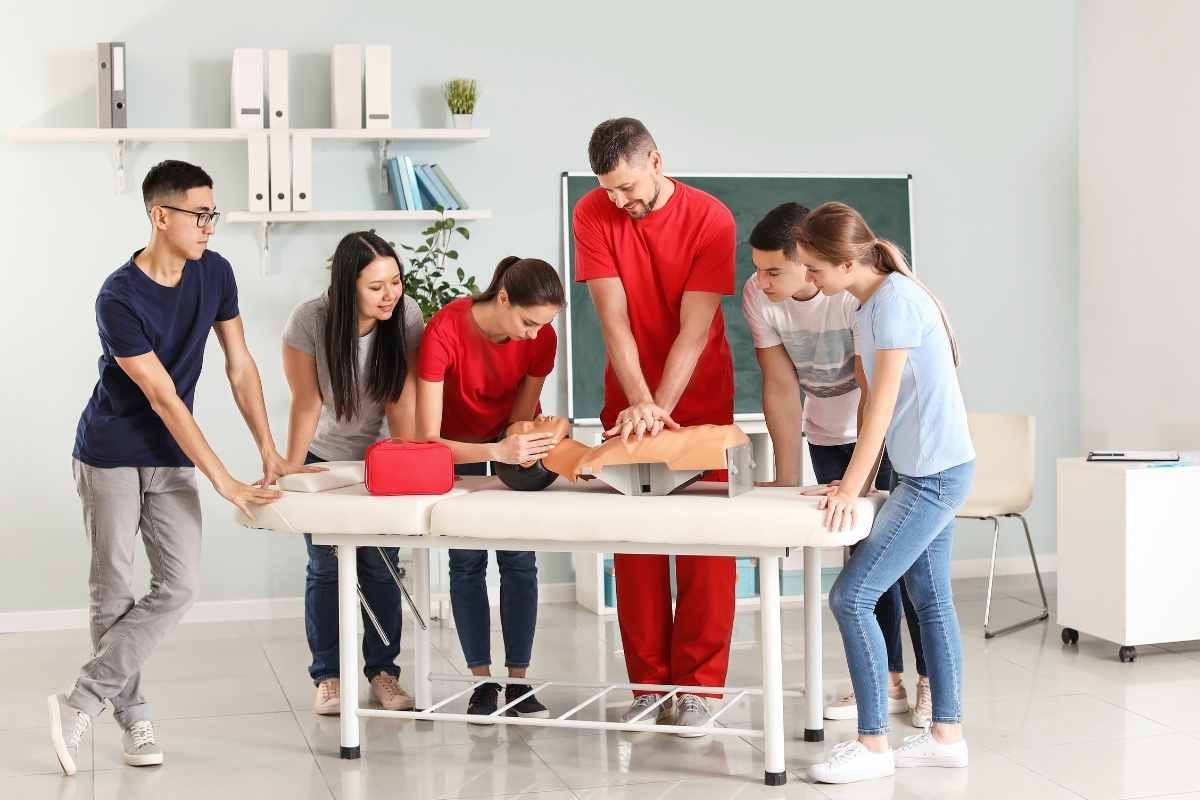 The EMT first aid, CPR and other safety and rescue training that you’ve had as a firefighter make you an excellent fit as a First Aid Instructor. You could teach everyone else everything that you need to know about how to fight fires and react in an emergency. Maybe you could even find a position at a local college that helps others become trained to be as fierce as fighting flames and smoke as you.

It’s more than just that though. All your first aid training, whether related to fires or not, would help people no matter what kind of accident or incident they’re dealing with right now. In this position you can earn an average of $56,056 per year depending on your location, experience and training. 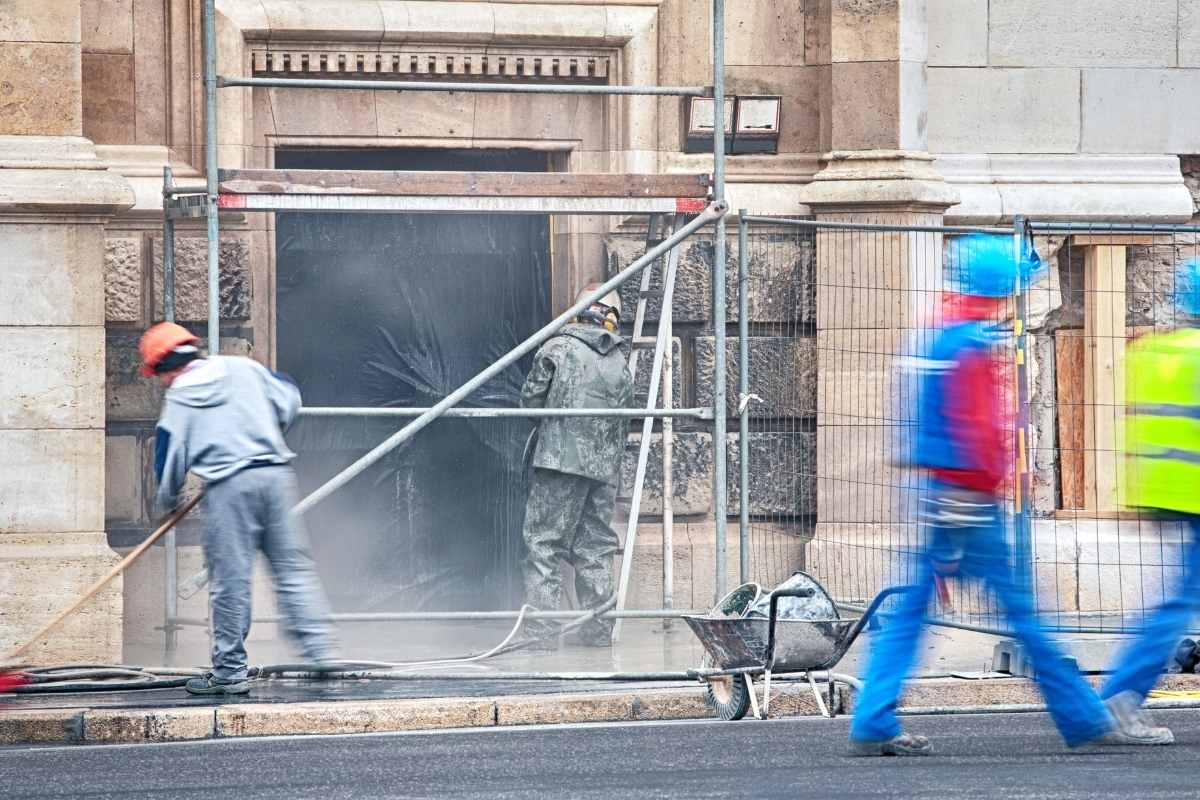 Salaries vary, ranging from $20,00-$70,000 per year. If you’re retired, you can do it part time. Otherwise, you can start a business and have someone else do the work for you.

If you do operate your own fire restoration cleaning company, there’s no limit to how much you can earn. New construction or sanitation work is similar. These positions do provide you with some physical exercise and more of a challenge than general janitorial work.

You can work either as a contractor or payroll employee.

Is a Fire Marshall and a Fire Chief the same thing?

A Fire Marshal and a Fire Chief may take on some of the same administrative roles. However, a Fire Marshall will concentrate mostly on investigations. A Fire Chief directs people in active firefighting duty currently handling a rescue emergency.

See also  How to Tell if a Phone Interview Went Well

Why do retired firefighters retire so early?

Firefighting can take a toll on the body. That’s part of the reason you usually see them working while young and in shape. They have to constantly maintain themselves to prevent soreness and injuries.

The average length of time spent in active firefighting duty is about 20-15 years. Some only do it for about 15 years before they retire.