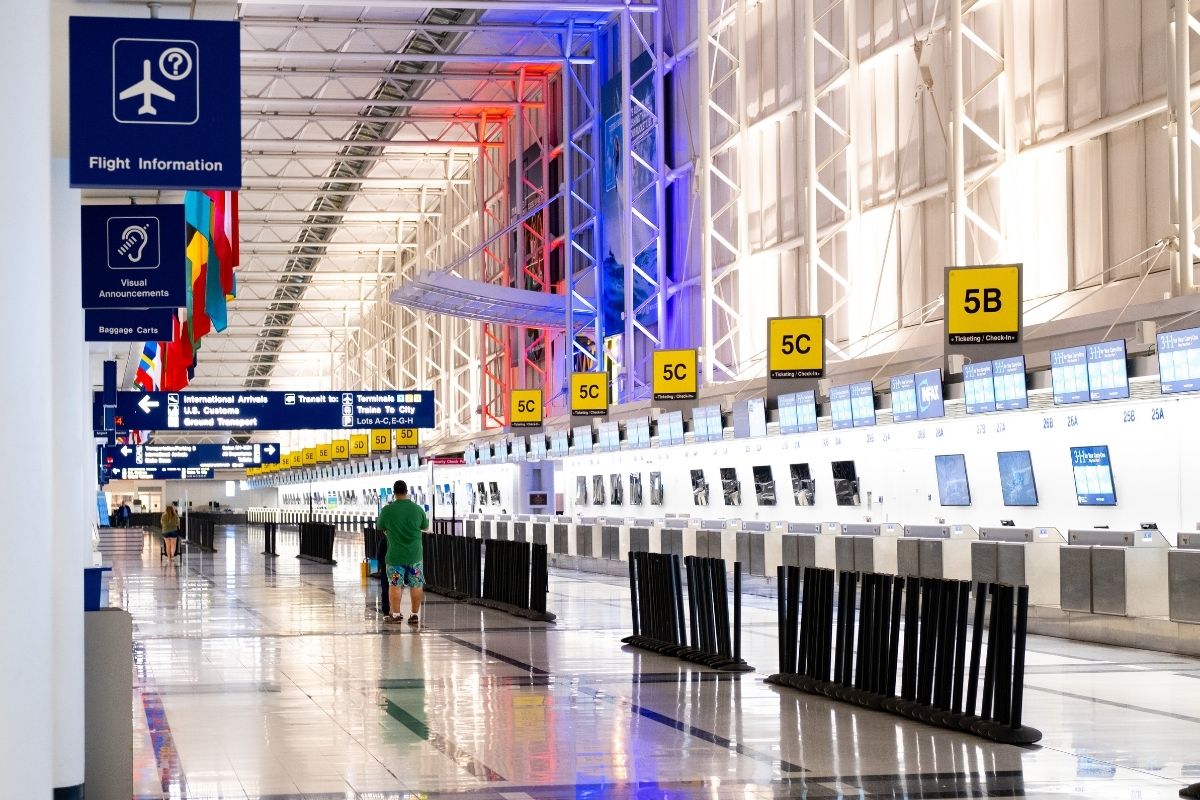 Everyone from baggage handlers to pilots works around the clock at an airport, and they all have real, tangible effects on people’s lives. If an airport concierge makes a mistake, you could miss an important flight and perhaps some important event in your life. Baggage handlers handle hundreds of people’s personal belongings every day, and anyone who steps foot on a plane puts their life in the hands of the mechanics who inspect them.

Everyone involved in getting you to your destination is under huge pressure to get things right whenever they’re on the clock. Think about that next time you start complaining that your plane has been stuck on the tarmac for 20 minutes too long!

There’s a huge range of roles at an airport. You can find everyone from people with technical expertise in aviation to security professionals and service industry workers, and each role is necessary for comfortable, safe, and smooth travel. Some airport workers are independent contractors, some are government workers, and many work for airlines.

Airport jobs are so varied that anyone can conceivably find a job that works for them at any airport. But in general, people who work at airports need to be dependable under pressure, willing to work long or uncomfortable hours, and be thorough and detail-oriented. If you work for an airline, it’s not uncommon to get discounted or free flights as a perk.

Many air travel-related careers require no college education, though some require certifications. 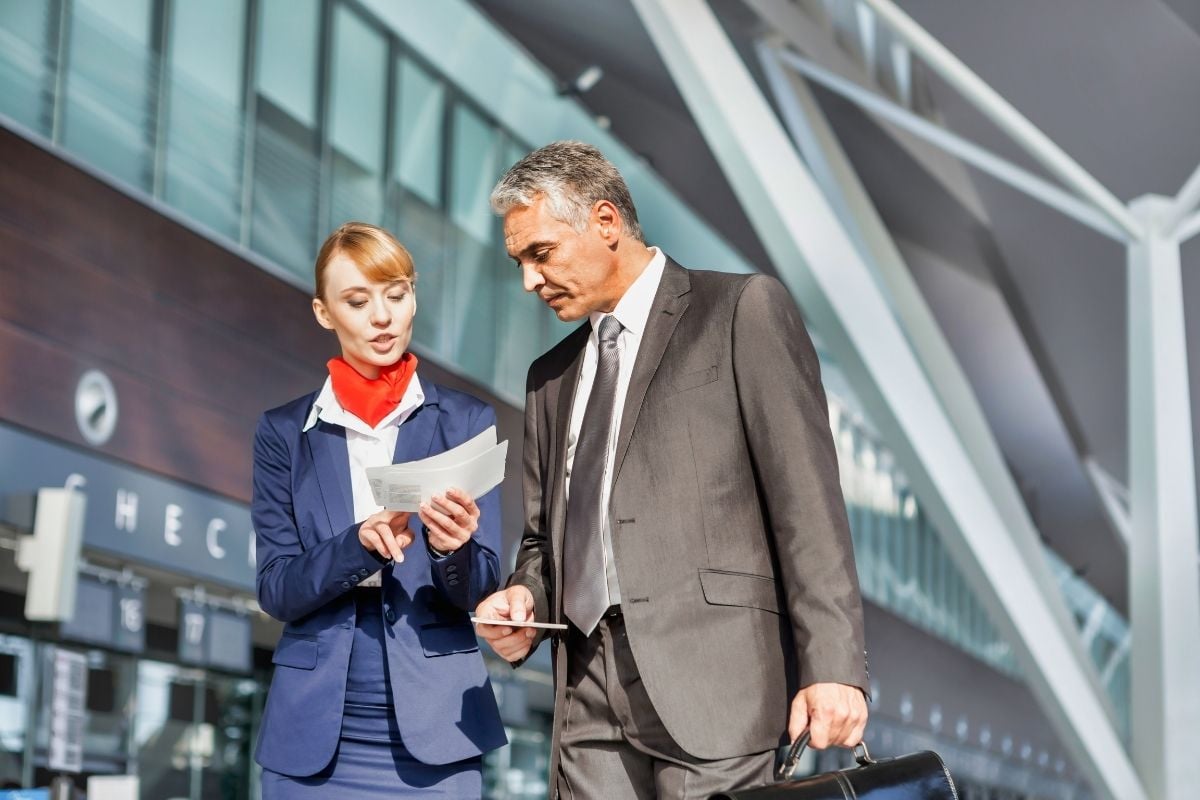 Gate agents are the direct representatives of companies that put people in the air. The job has similar demands to other service industry jobs, but it carries an extra level of authority and class, almost like working at a fancy restaurant.

See also  Some Oddball Questions Designed to Rattle you

Gate agents are typically the first airport employees that people interact with when entering the airport, so they’ve got to be personable, patient, presentable, and kind. The main duties of this job are checking IDs, checking customers in for flights, printing boarding passes, weighing and checking bags, and directing people throughout the airport. They’ve got to be able to stand for long hours and hold heavy objects, and be willing to work whenever the airline schedules flights.

Gate agents don’t require any special training or a degree other than a high school diploma. 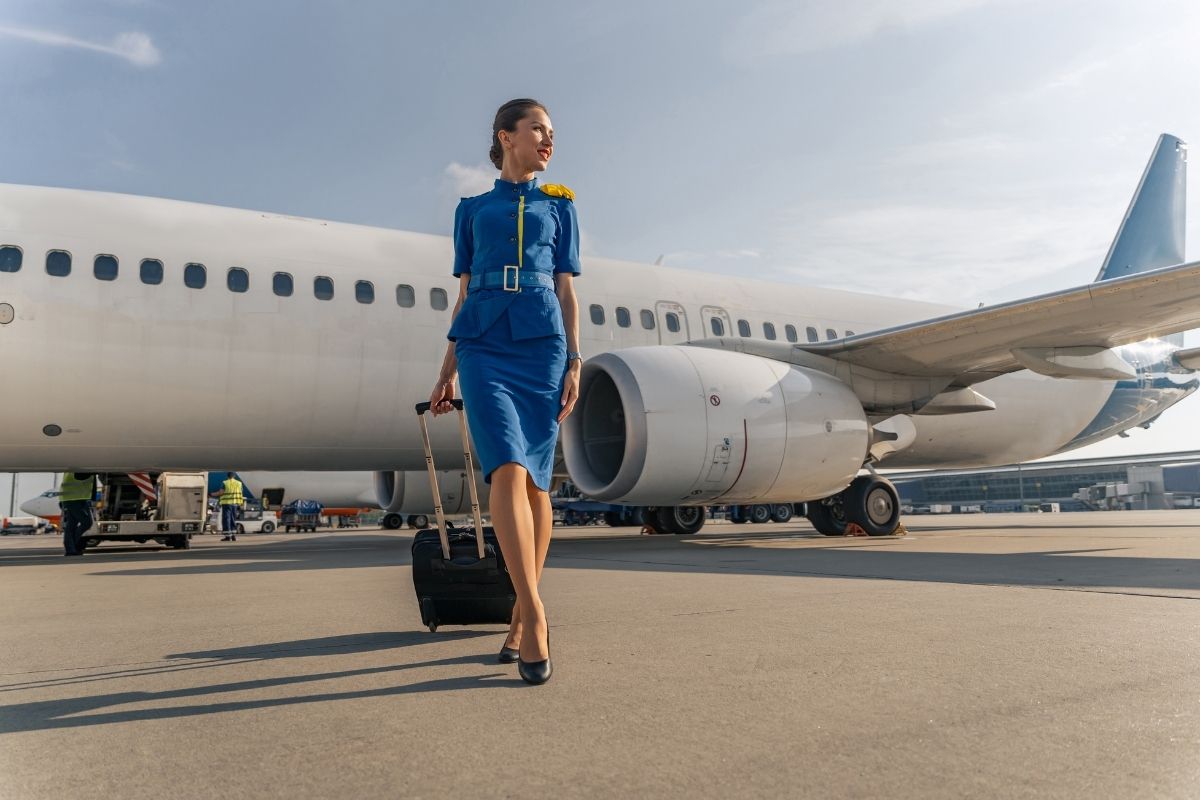 Flight attendants are the most important front-end workers in the aviation business. They can turn a dull flight into an environment where people feel welcome and relaxed, and they have to be ready to deal with all sorts of personal issues and disruptive, rude or harassing behavior. They must do all of this while keeping an eye on everyone’s safety.

The role of flight attendant is ideal for unwavering, service-oriented people with exceptional interpersonal skills and a desire for adventure.

Flight attendants are responsible for instructing everyone on the flight about proper safety procedures, enforcing these safety procedures if need be, serving passengers food and drink, calming down anxious passengers, and cleaning the cabin after flights. They get the opportunity to travel wherever their airline assigns them, and they often get leave time between flights in new cities or countries. Their work schedule is at odd hours but flexible.

See also  How Much Do Bartenders Make? How Much Are Tips?

Flight attendants don’t require any special training or a degree other than a high school diploma. 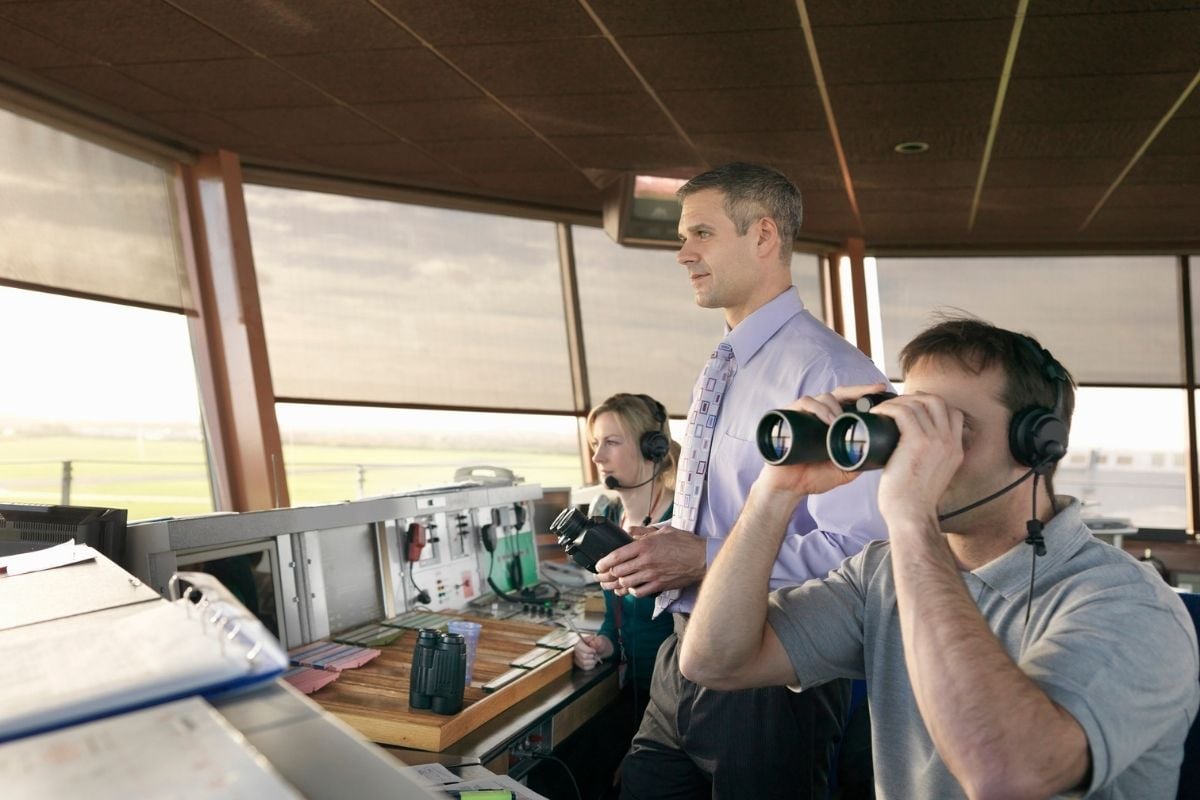 These logistical wizards are the brains of any airport. This job requires the utmost consistency, and the lives and livelihoods of the pilots, passengers, and flight staff are on the line whenever air traffic control makes a decision. Having to constantly monitor so many flights for long hours and at good times makes being an air traffic controller a notoriously stressful job.

There’s a gauntlet of training and testing you have to pass to become one, and about half of would-be air traffic controllers make it through them all.

Any flight has to be vetted by air traffic control to make sure its path is safe from inclement weather and doesn’t interfere with the paths of other planes. Air traffic controllers are in constant contact with pilots, and they keep the pilots updated using data from computers, radar, and visual inspection. Not only do they ensure the safety of aircraft, but they also try to put them on the most efficient path possible.

Air traffic controllers need to be as sharp as can be, so there’s a mandatory retirement age of 56, and you can’t apply to begin the training if you’re already over age 30.

Being an Air Traffic Controller is one of the highest-paying jobs that doesn’t require a college degree. To be considered for training, you need to complete a combination of postsecondary school and work experience totaling three years or obtain a four-year degree. Then you can apply to train at the Federal Aviation Administration’s academy in Oklahoma City.

See also  Why Should You Become a Project Manager? Pros and Cons

The training involves physical and psychological stress-testing meant to push you to the limits of what can happen on the job, and some tests, if you fail them, will take you out of the running permanently.

You can fast-track your way into being an air-traffic controller by joining the military or the air force and gaining air traffic control experience that way—you’ll be able to skip some of the training, and the minimum application age will increase to 35.

The difficulties of this job translate into considerable pay and benefits. The median annual salary for an air traffic controller is $130,420, the highest 10% of earners make $184,780 per year, and the lowest 10% of controllers make $72,760 per year. 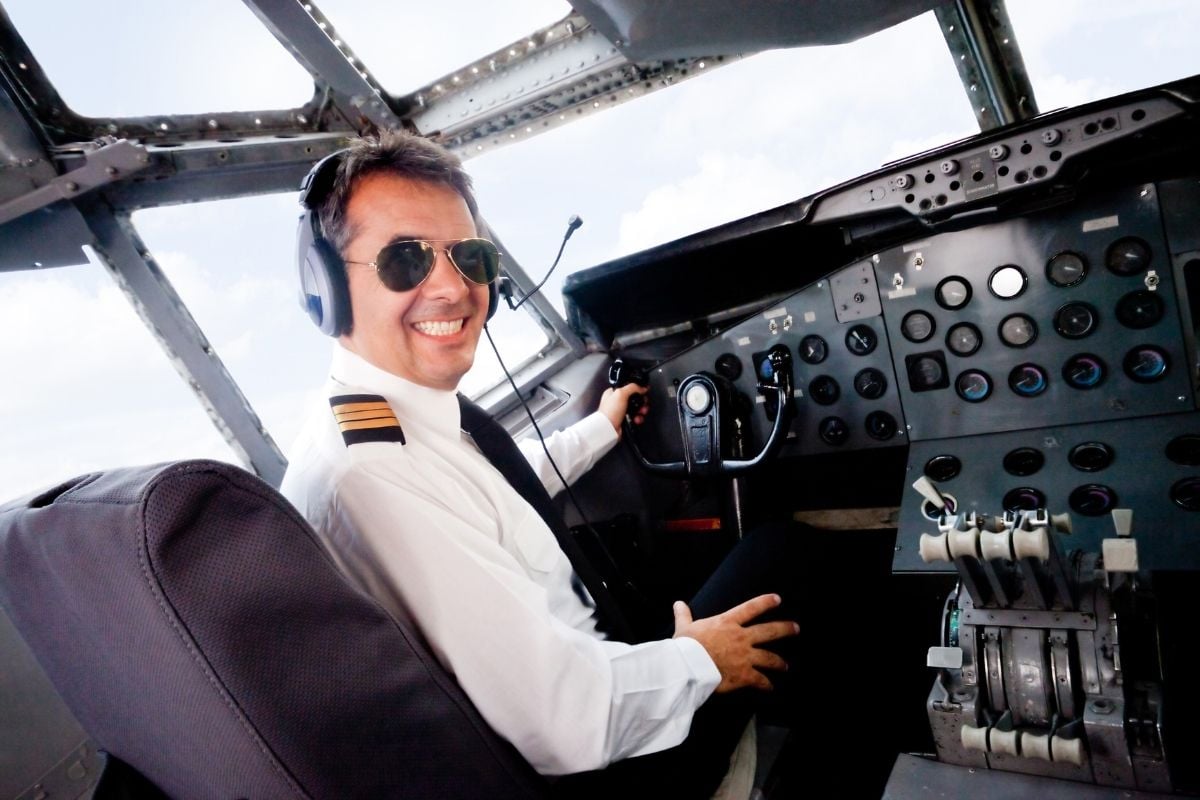 As children we all dream of getting to sit in the big chair in the cockpit and turning all the dials, handles, and knobs. Pilots live out that childhood dream for a living. Pilots fly the plane, of course, but they also do pre-flight checks, stay in contact with air traffic control, change the plane’s flight path if weather conditions demand it, and play the role of the reassuring voice over the intercom that informs the passengers of the flight’s status.

Many pilots start in the armed forces, which is a good way to get aviation experience if you don’t want to pay for flight school. There are many kinds of pilots, and not all are commercial pilots that work for airlines. Some are independent contractors that work for individuals, flying private aircraft, some are cargo pilots, others are helicopter police pilots, and so on. 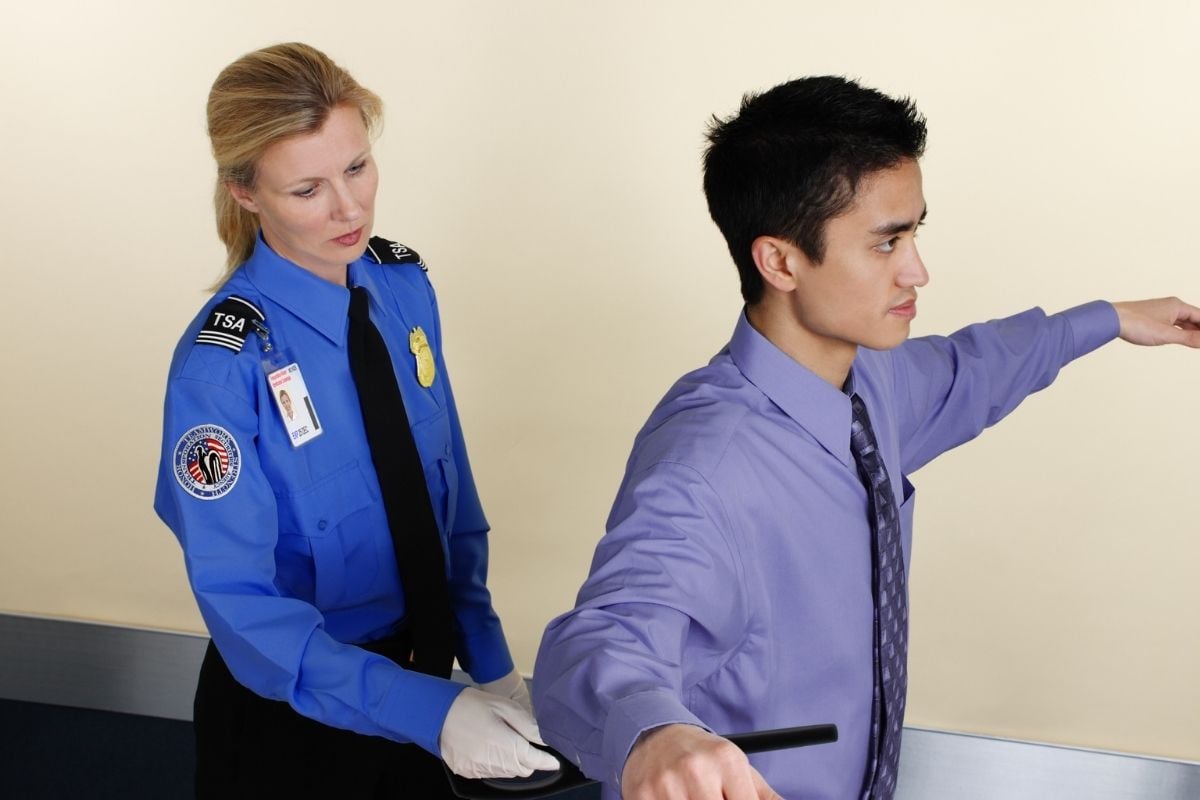 Airport security is a tedious but essential part of everyone’s airport experience. TSA agents have to remain vigilant while putting up with long hours of monotony, have good crowd control and communication skills, and have the physical strength to deter someone trying to break the law. They also have to work with their co-agents quickly and effectively, thinking on their feet.

The TSA exists to keep people who may have bad intentions off of flights. The tools TSA agents use to do this are equipment like metal detectors and full-body scanners and asking questions to passengers who may pose risks.

TSA agents must have a high school diploma or equivalent and pass both a drug test and a background check.

The only people allowed to carry firearms and other weapons into an airport, air marshalls are like the FBI of an airport, though they’re part of the TSA. They often appear in plainclothes dress and try to root out suspicious individuals before they do anything. They’re an essential layer of counterterrorism protection at any airport.

To become an air marshal, you’ll need to take part in a rigorous 16-week training program held in facilities in New Jersey and New Mexico. The skills that the training brings about could be called counter-espionage because an air marshal’s job is to spend 900 hours per year on regular commercial flights while posing as a civilian, looking for suspicious activity like smuggling or terrorism.

Besides the training, air marshals need to have a bachelor’s degree and at least a year of work experience in a similar field.

Air marshals are relatively well-compensated, making between $46,950 and $28,417 annually. 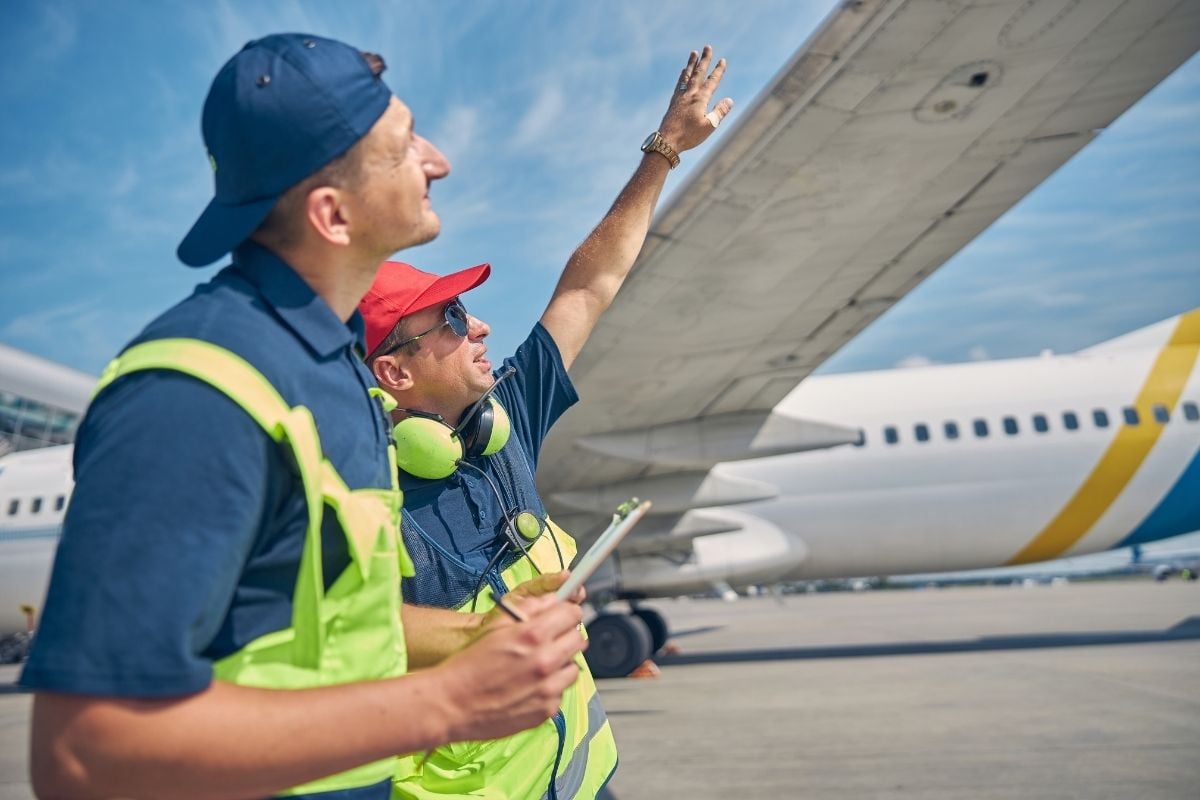 Like car mechanics but on a much bigger and more life-or-death scale, aircraft technicians make sure that planes are running safely and smoothly. There are aircraft technicians for every system on a plane from the landing gear, the powertrain, the fuel system, the engines, the computer system, and the air filtration system—someone has to keep them in good working order!

The job requires physical strength, engineering intelligence, and an aptitude for working with your hands. As part of the maintenance schedule of an aircraft, technicians use instruments like voltmeters, oscilloscopes, and circuit testers to identify problems and run stress tests.

You don’t need a college degree to become an aircraft mechanic. You do need either 30 months of on-the-job experience or to attend an aviation maintenance technician program before you can take the FAA-administered certification exam that qualifies you to apply for a job as an aircraft technician. 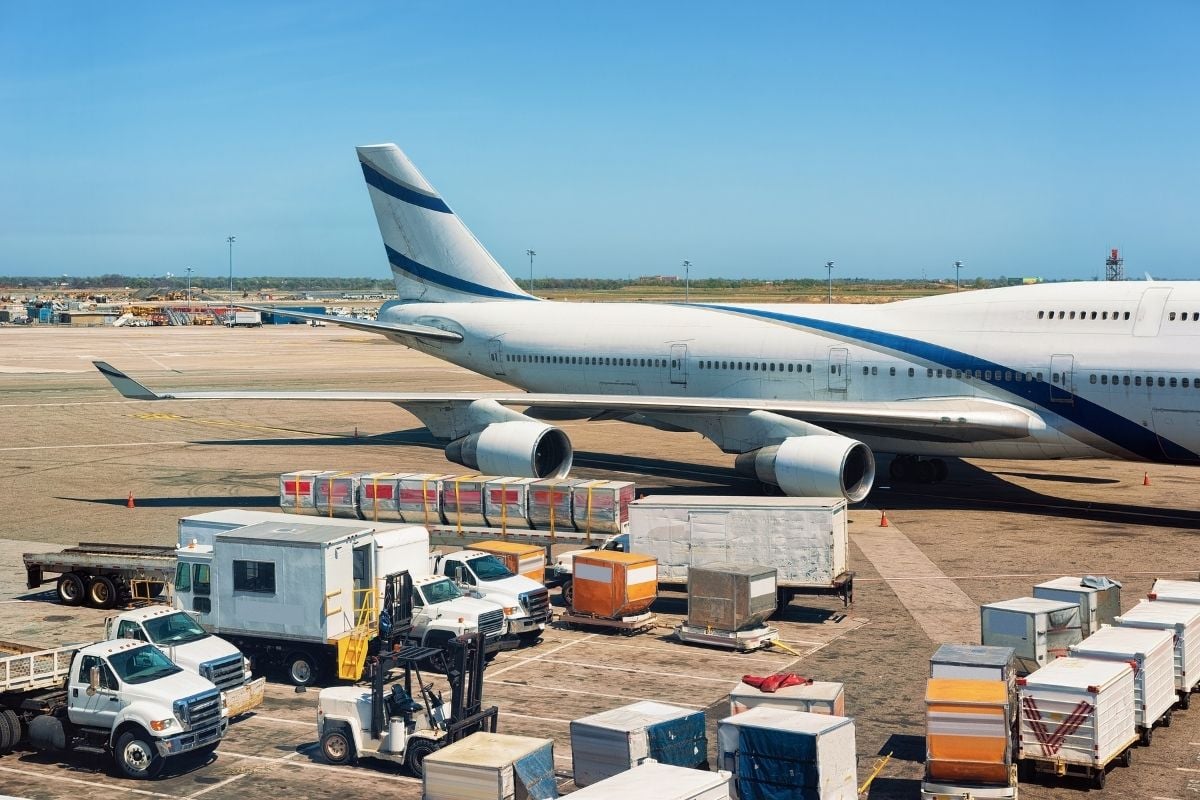 Cargo handling supervisors are the people in bright orange or yellow vests that you see from the plane window driving trucks filled with baggage loading up the cargo bay with suitcases. This job requires brawn—those bags are heavy—but it also requires more brains than you might think.

Cargo loaders have to carefully consider just how they are loading up a plane and determine where its center of weight will be. If it’s too far to one side, it could cause problems for the pilot and make the plane handle incorrectly. They have to carefully weigh each piece of luggage and determine how to load the plane with that information in mind.

Cargo handling supervisors only need a high school diploma and a couple of years of work experience.