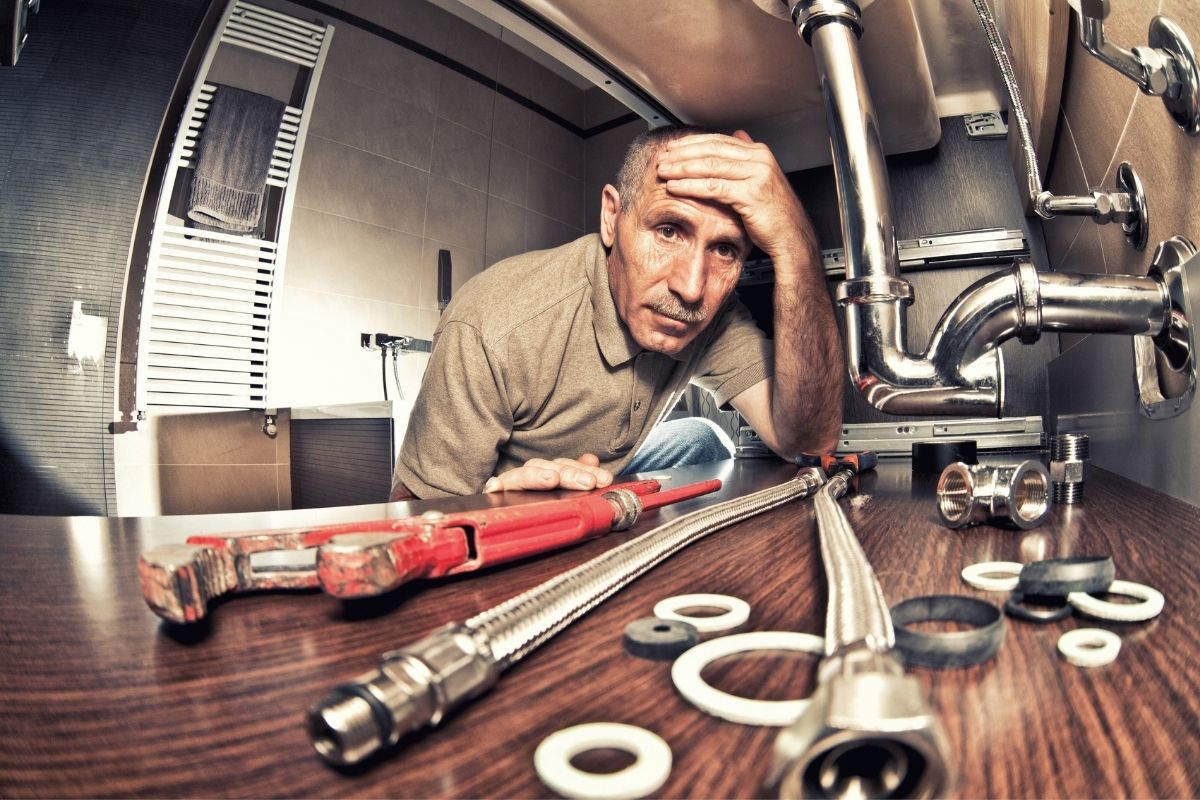 I knew my apartment building was old before I moved in, which meant that I’d be getting a good deal on the price of rent. What failed to cross my mind though, was that the walls were thin, the refrigerator was loud, and the plumbing was… temperamental. The first month, I flooded my bathroom twice.

Naturally, I called the plumber. And both times I felt guilty about it. Since then, I’ve learned that the toilet flush valve occasionally becomes stuck and when it does, I must open the tank and manually close the valve, so the toilet doesn’t run (I googled “thing inside the toilet tank” first!).

I don’t think plumbers have an easy job. Plumbers are the superheroes of our modern civilized world– we never think about them, until we desperately need them to come to our rescue. After doing a bit of research and scoping out online forums, I’ve put together some of the absolute worst things about being a plumber. 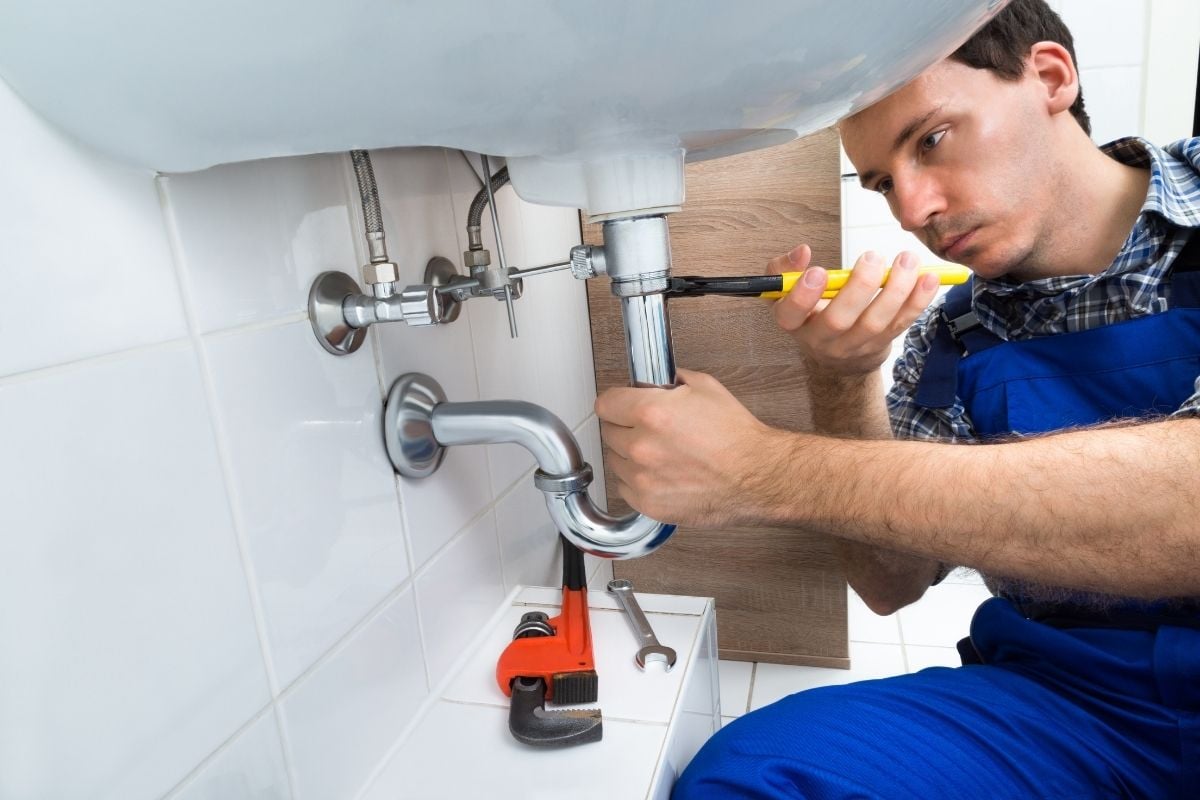 One plumber talks about the frustrations of dealing with homeowners, saying that “Most people don’t know how to shut off the water to their house and don’t know how the water gets the pressure it does. It’s not an exaggeration when I say that, because of plumbing ignorance, I have been assigned to make [stuff] slide uphill, and to literally defy physics.” Expensive homes come with expensive toilets and expensive toilet fixtures

But when we’re dealing with tools, leaks, plumbing, and tight spaces, we should accept the risk of a scratch here and there. Sometimes, expectations are unreasonable. According to one plumber’s experience, naïve expectations sound like,

“‘I need you to install that 10,000 dollar fixture tight enough it won’t leak, in a tiny space, while being watched, with wrenches, without scratching it’ “. 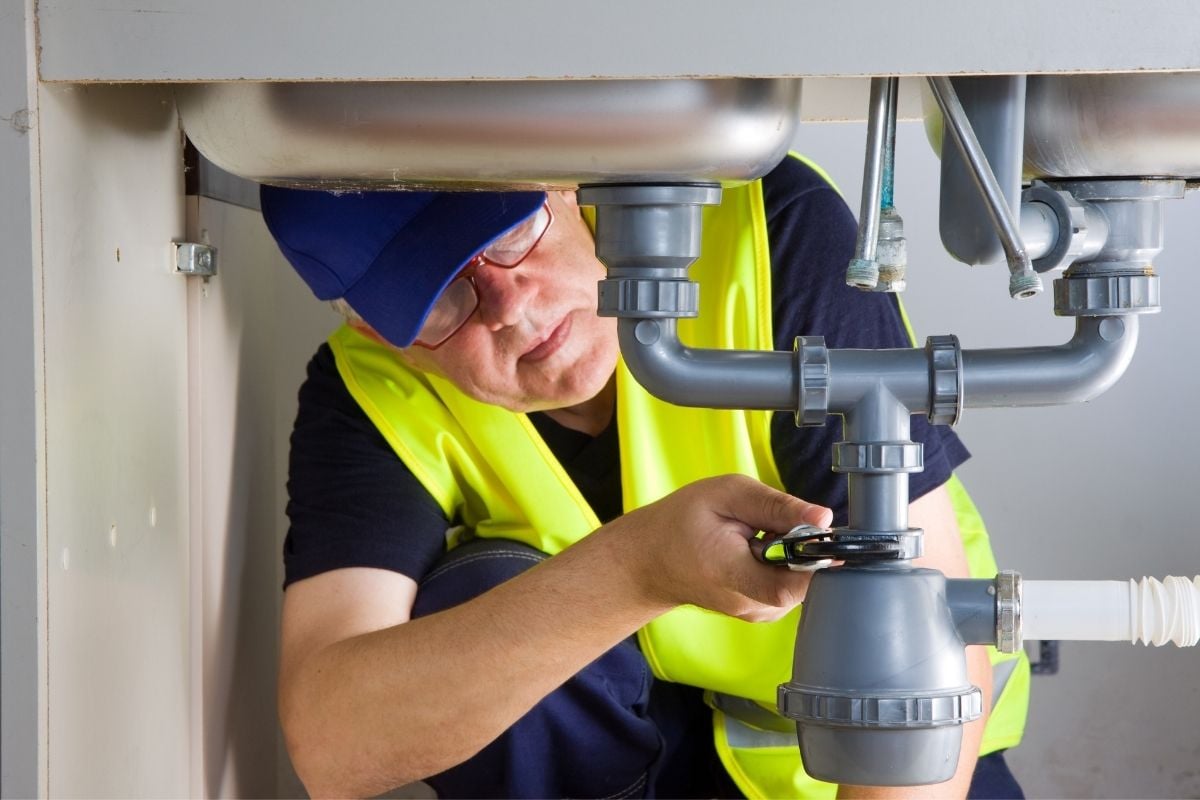 Trade careers get a bad rap. Jobs involving manual labor rather than ideas are laced with a stigma – that if we choose a trade career it’s because we weren’t smart enough to do anything else. The stigma assumes that trade labor doesn’t require much intelligence to do.

Well, this stigma has got to go. Plumbing, like other careers, requires common sense. But trade careers also require a good amount of theoretical learning.

We wouldn’t trust a plumber to fix our toilet if that plumber didn’t understand the engineering behind our plumbing system. Plumbers must have the ability to grasp math concepts and even physics. Another plumber explains feeling surprised by how other people were perceiving him,

“… I never expected people to make the assumptions that they do, they assume you’re a plumber because you’re not smart enough to do anything else. People don’t realize the studying and the hours you have to put in to be a good plumber.” 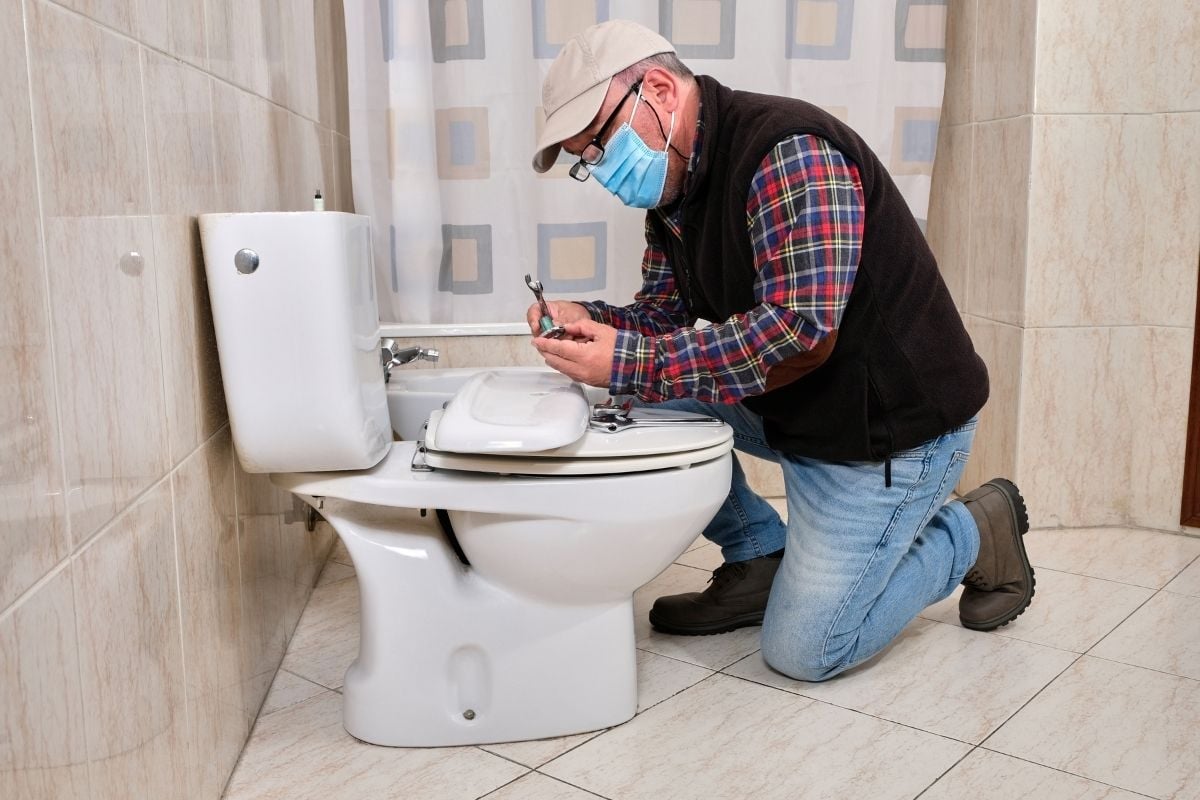 A plumber is a rugged man with a plunger who comes to fix the toilet – at least that’s what many of us typically imagine when we think of it. But this is just our narrow view of this profession and a stereotype, at that. I recently came across a riddle.

“A father and son were in a car accident where the father was killed. The ambulance brought the son to the hospital. He needed immediate surgery.

In the operating room, a doctor came in and looked at the little boy and said I can’t operate on him, he is my son!” But how is this possible and who is the doctor? The riddle illustrates a stereotype deeply tied to many professions – it can apply to plumbing as well.

Out of the approximate 276, 900 plumbers in the United States, 5.1% are women. While the number of women plumbers is low, compared to men within the industry, this number is steadily increasing as more women learn the trade. But stereotypes are deeply ingrained.

And even though we’ve made significant strides, we are continually vulnerable to internalizing who belongs in what profession and what that typical role looks like – the stereotypical plumber, for instance. In case you haven’t already figured it out, the answer to the riddle is: The doctor is the boy’s mother.

It should be an obvious answer. But if it wasn’t, it only highlights an implicit bias we hold about the healthcare profession for one reason or another. An implicit bias is a psychological heuristic at its core.

Women in the Plumbing Industry Can Face Additional Hassles 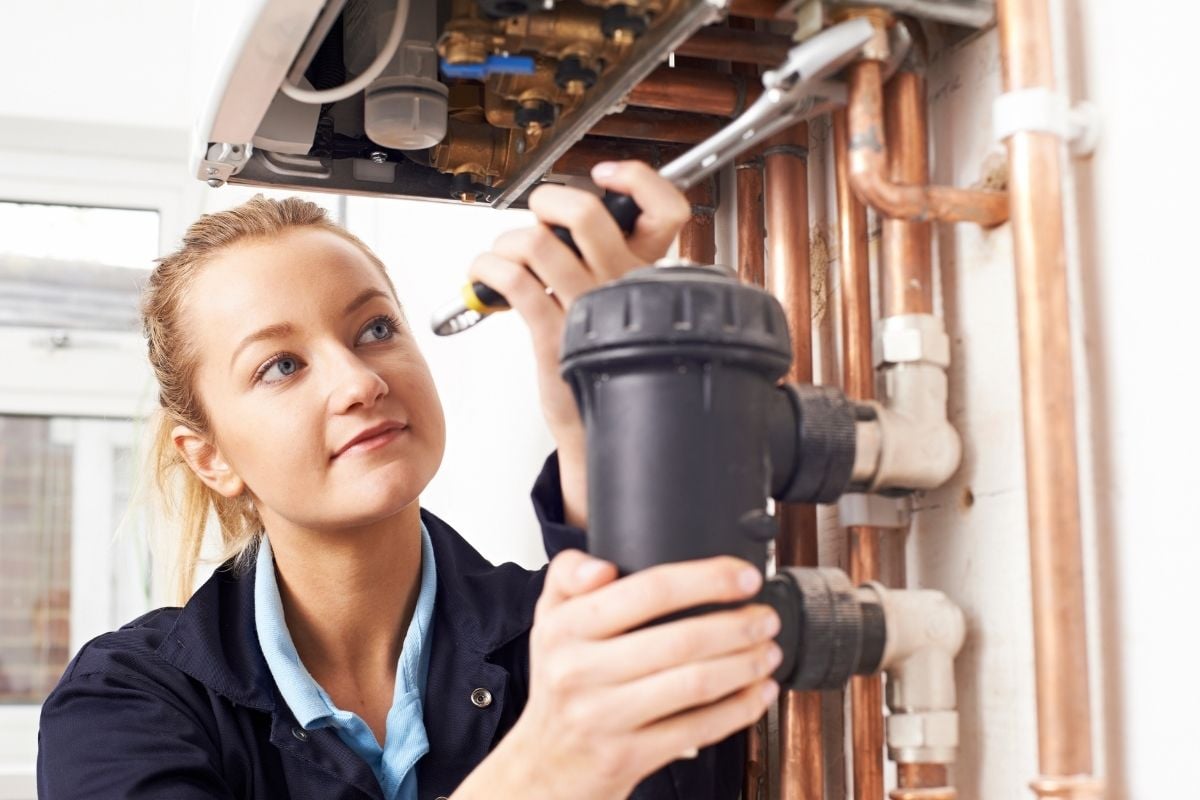 Digging further into why we’ve internalized something in a specific way begins to uncover a narrative about the world we live in, our society, and culture. Women often face the worst pushback in the plumbing industry. Plumbers who don’t fit the stereotypical mold have experienced rejection by customers refusing to accept that a woman has been sent to do a man’s job.

Co-workers in plumbing firms may be hesitant to work with women or have had mixed experiences. One plumber recalls his experience with a co-worker, describing how “She will not get involved with any sewer work, blocked waste jobs or dirty property”. Plumbing hiring companies may see women as a liability.

As a result, women frequently face difficulty getting hired in the industry. However, others have a different opinion. According to one ex-plumber, “My old boss is one of the best plumbers I know!

She has never had to advertise, her customers love her as well”.

Physical Toll on the Body 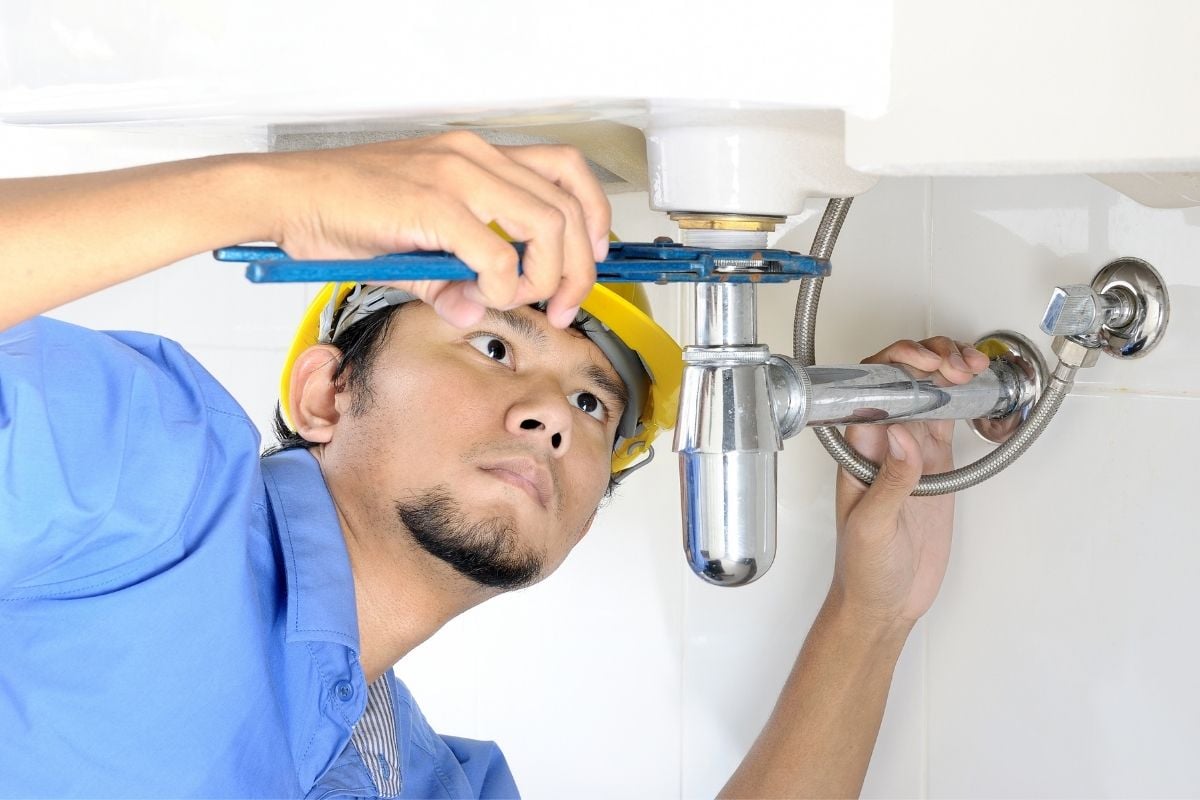 Plumbers do much more than fix toilets. A lot of the work involves physical labor that takes a toll on the body and may not be apparent right away. So, many plumbers suffer health issues later in life, like back problems or herniated discs.

Most of the workday is spent on foot or crawling, bending, and hunching, in addition to doing a lot of heavy lifting. 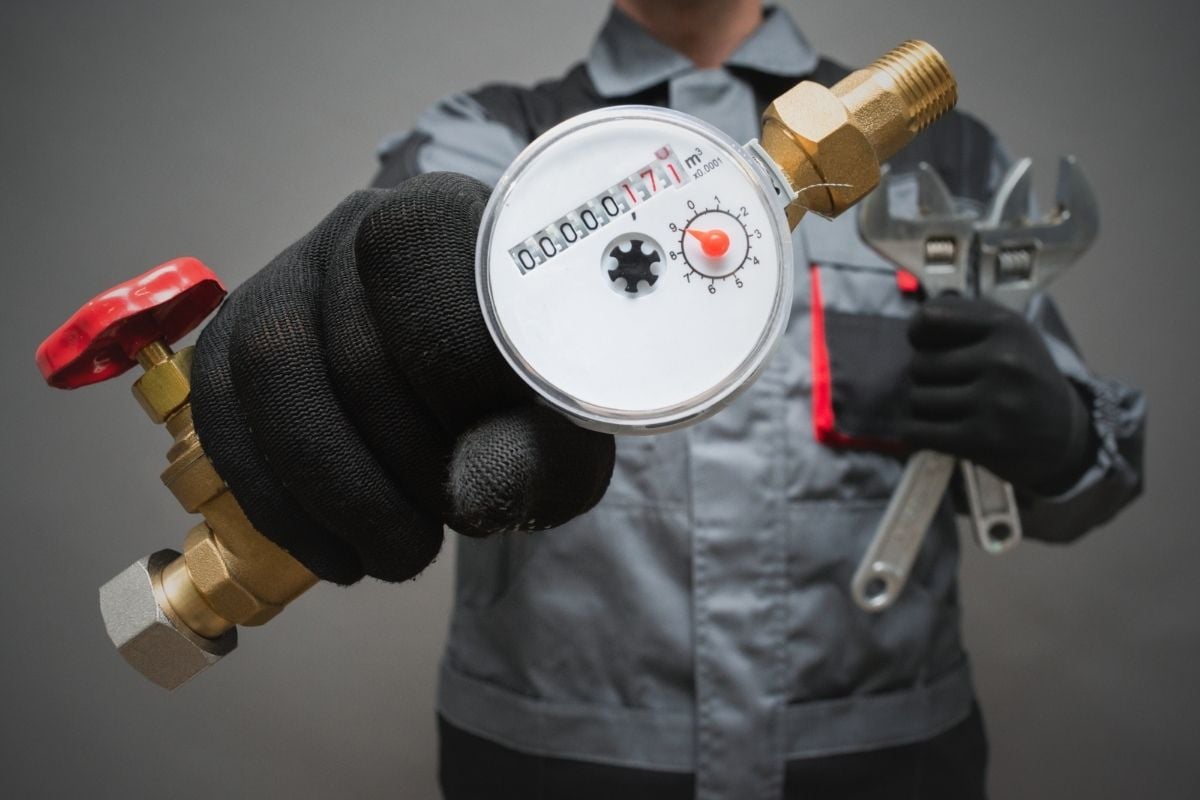 Plumbers face a high risk when it comes to lawsuits and one of the most common actions brought against them involves water damage to a client or customer’s property. Other lawsuits plumbers face involving injury or damage while doing repairs. Sometimes damage occurs because of other unforeseen plumbing problems, at no fault of the plumber doing the work.

Without good plumber insurance, problems can wreak havoc on a plumber’s reputation and bank account. Accidents can happen when we’re dealing with plumbing and plumbing repairs. And if insurance exists that covers it, it’s probably because a plumber has been sued over it at some point.

It’s Not All Bad

But if we wanted some adventure in our plumbing careers, we could consider moving to Alaska, the number one spot for plumbers to live and work. The average salary earned by Alaskan plumbers is $89,352 with the lowest ten percent earning approximately $78,000 per year.