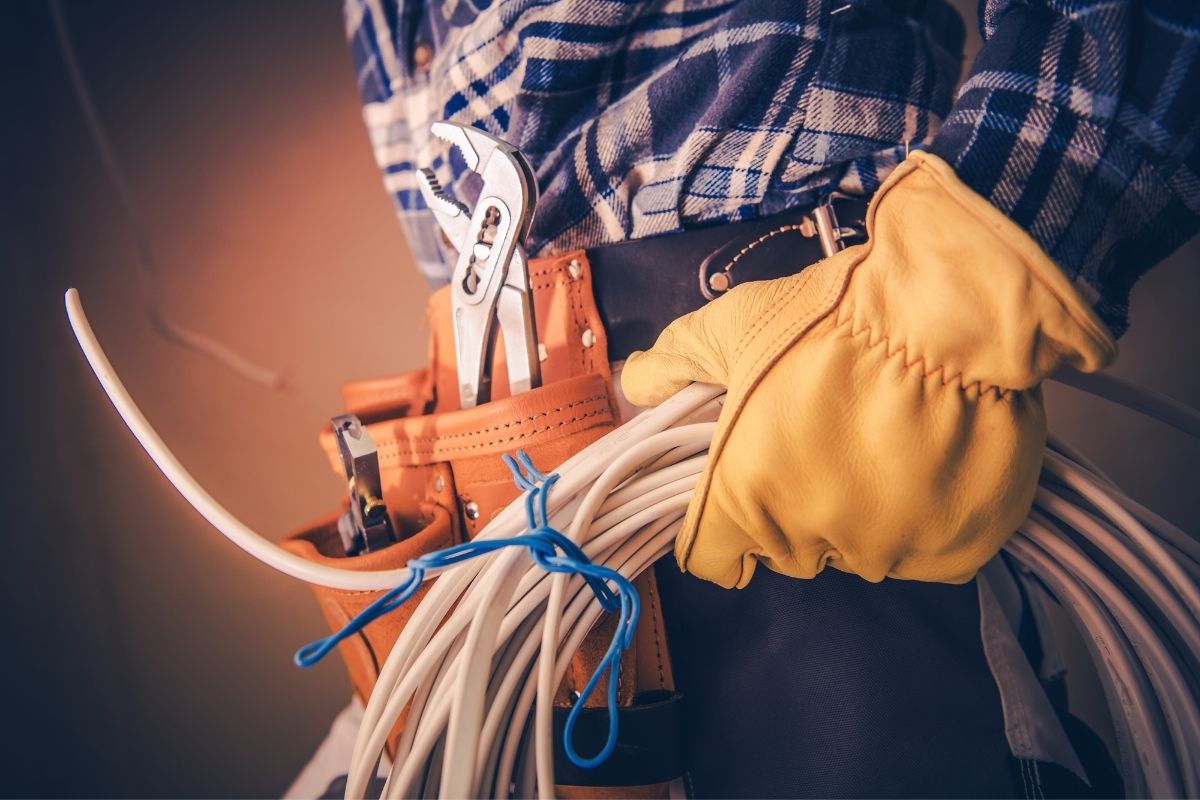 If I wanted to become an electrician I wouldn’t need to go to college and I could earn a very comfy living making an electrician’s salary. Easy decision, right? Well, not exactly.

In 2016, USA Today listed the top 25 most dangerous jobs in America, placing the electrician at number 22. On average, 80 electricians die on the job each year and 25 are the direct result of electrocution. In 2019, a total of 166 electricians died on the job in the United States, which was a steady increase since 2011, and the highest number of electrician fatalities since then.

Careers Bot
Hello, how are you? Ask me anything about jobs and careers.
Contents show
Electricians Work in Grueling Conditions
You Work in Cramped Spaces
Electrical Work is Dangerous
Non-Fatal Injuries Are High Too
Your Mental Health Can Suffer
Neuropsychological Damage from Electric Shock
The Money May Not be Worth it 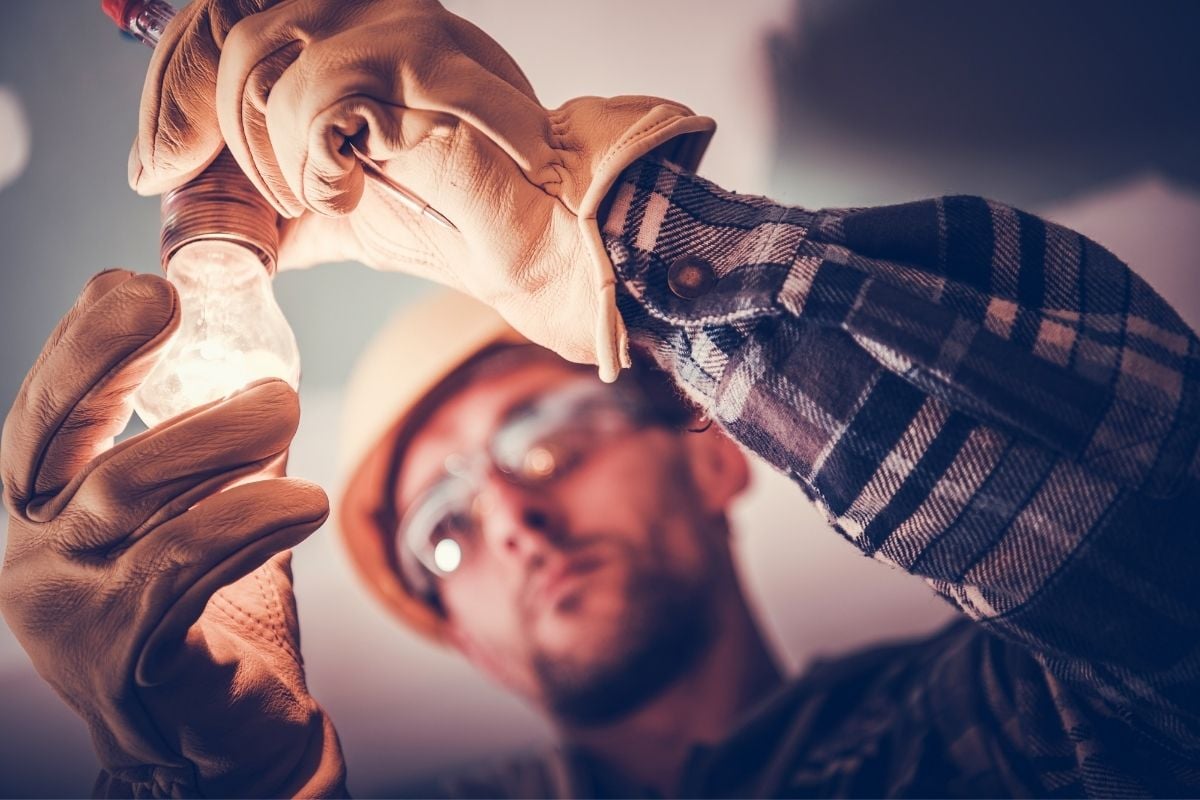 You Work in Cramped Spaces 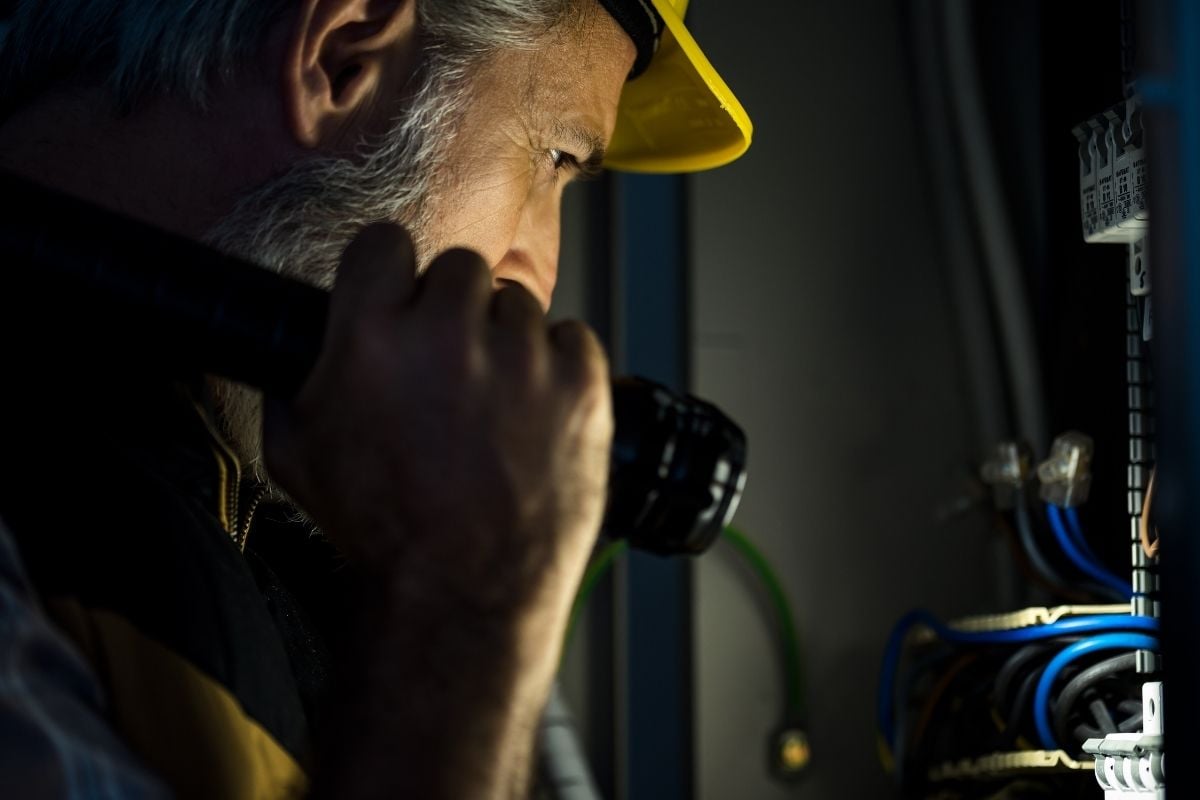 One Reddit user with experience says what’s worst about doing residential electrical work is dealing with “… hot attics [and] customers” and the difficulty of doing commercial jobs is having to work in trenches. Industrial work is tough and it feels “… cold like you have never felt, [and] getting through all the paperwork to start the task at hand.”

Working in trenches and other back-breaking environments seems to be one of the worst aspects of being an electrician. A trench is a manmade cut or cavity in the ground formed by removing a piece of earth for an excavation operation and electricians are the ones who must get in them to finish the electrical line work that’s underground. Another Reddit user talks about what they loathe the most about being an electrician, “Two words: Drain pits.

In the last couple of years, I’ve been in several, including a very long day fixing a rigid conduit in an oil drain pit containing about 8” of flowing oil/process water mix, with about 3 feet of headroom. I’ve had rancid milk flow out of a conduit all over me, worked in incredible heat, unbelievable cold, and spent weeks doing nothing but groundsman for a boom lift … but absolutely the worst thing I’ve had to do is that drain pit.“

A drain pit is part of the drainage system that collects excess water, sewage, and other liquids for removal. A drainage system is a systematic way to get rid of waste matter efficiently. Similarly, another electrician says, “As far as dirty/hard labor: digging/working in a trench, tight crawl spaces w/dead rats and spiders, long/large wire pulls, deck work on parking garages” are some of the worst things about the profession.

An electrician’s work isn’t for the faint of heart. If I wanted to become an electrician, my fear of tight crawl spaces, dead rats, and huge spiders (and small spiders!) wouldn’t help my case. I don’t think I could muster up the strength to do what these professionals are trained to do.

See also  What are the Worst Parts of Being a Teacher?

But the job is in high demand with an expected increase of 10% by the year 2028. 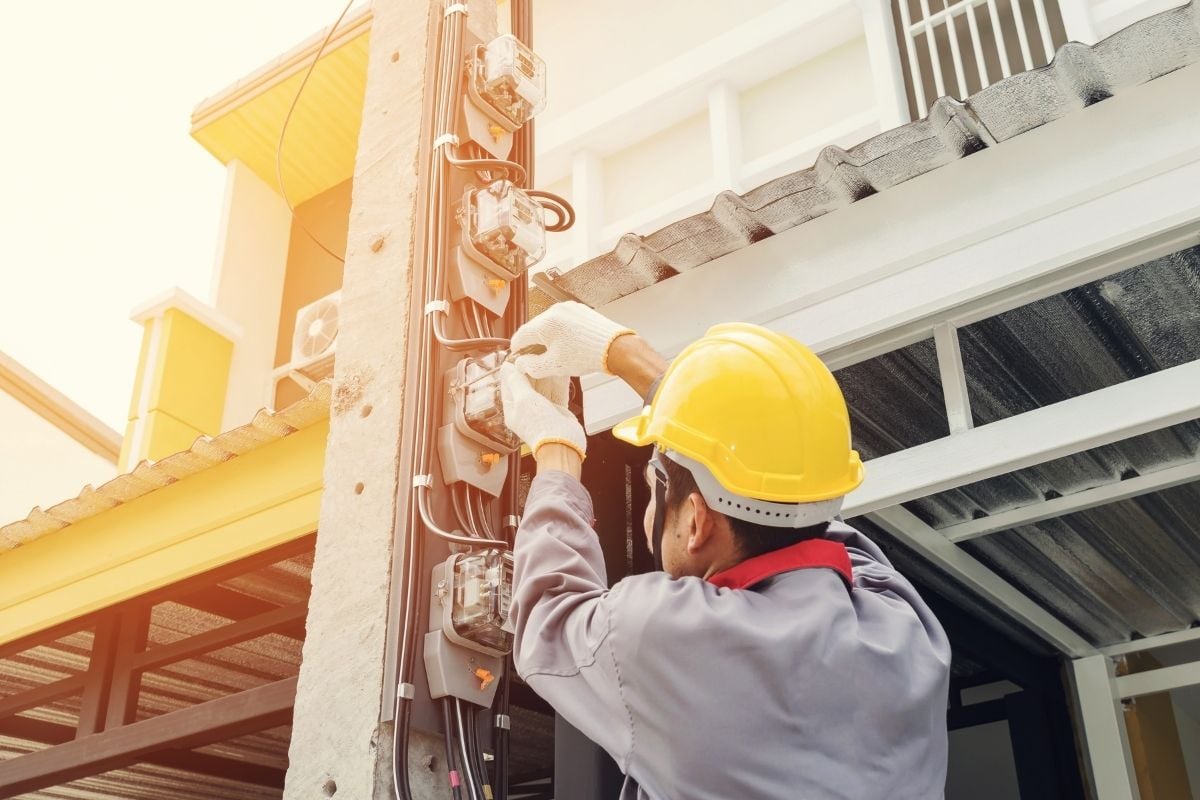 Electricians often do dangerous work. It comes an as little surprise that they have a higher rate of workplace-related injuries and suffer more illnesses during the year. Another worst aspect of being an electrician is the cost to health.

As you can imagine, the rate of non-fatal injuries is high simply due to the space electricians must work in. Some of the most common electrician work-related injuries happen because of accidental falls, slips, and trips.

Non-Fatal Injuries Are High Too 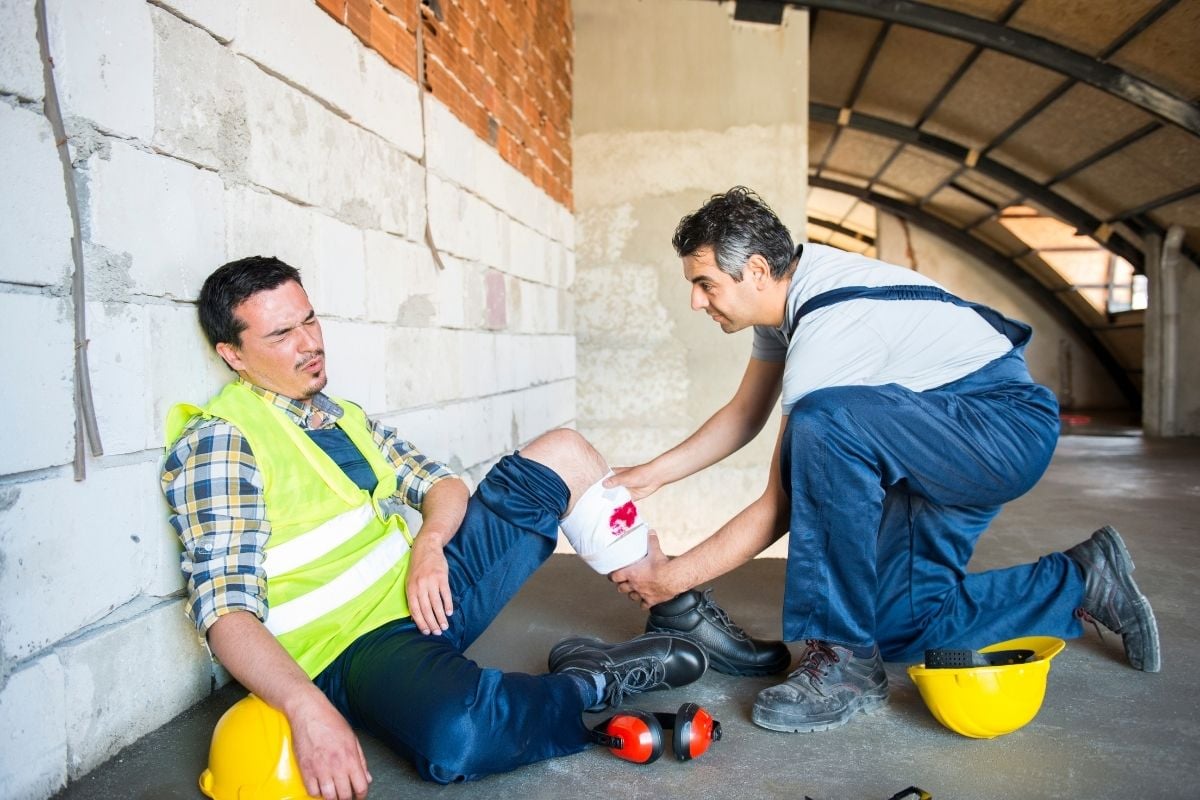 In 2019, approximately 7,400 cases of nonfatal injuries requiring electricians to take days off work were reported. Other injuries that electricians face more than workers in other professions include back problems, fractures, cuts, and lacerations. In 2019, 1,840 electricians suffered sprains and tears on the job, 1,420 suffered fractures, and 750 suffered cuts or lacerations.

Electrical work is physically and mentally stressful. Crummy customers are normal for most trade and service-related occupations, but for many jobs, crummy customers are the extent of on-the-job stressors. The risk that comes with working in dangerous environments is additional stressors electricians deal with, on top of dealing with the usual irritating customer.

The extra pressure makes electrical jobs exceptionally challenging. I’m not shocked by the high number of physical injuries that electricians endure every year, but what about the risk to mental health?

Your Mental Health Can Suffer 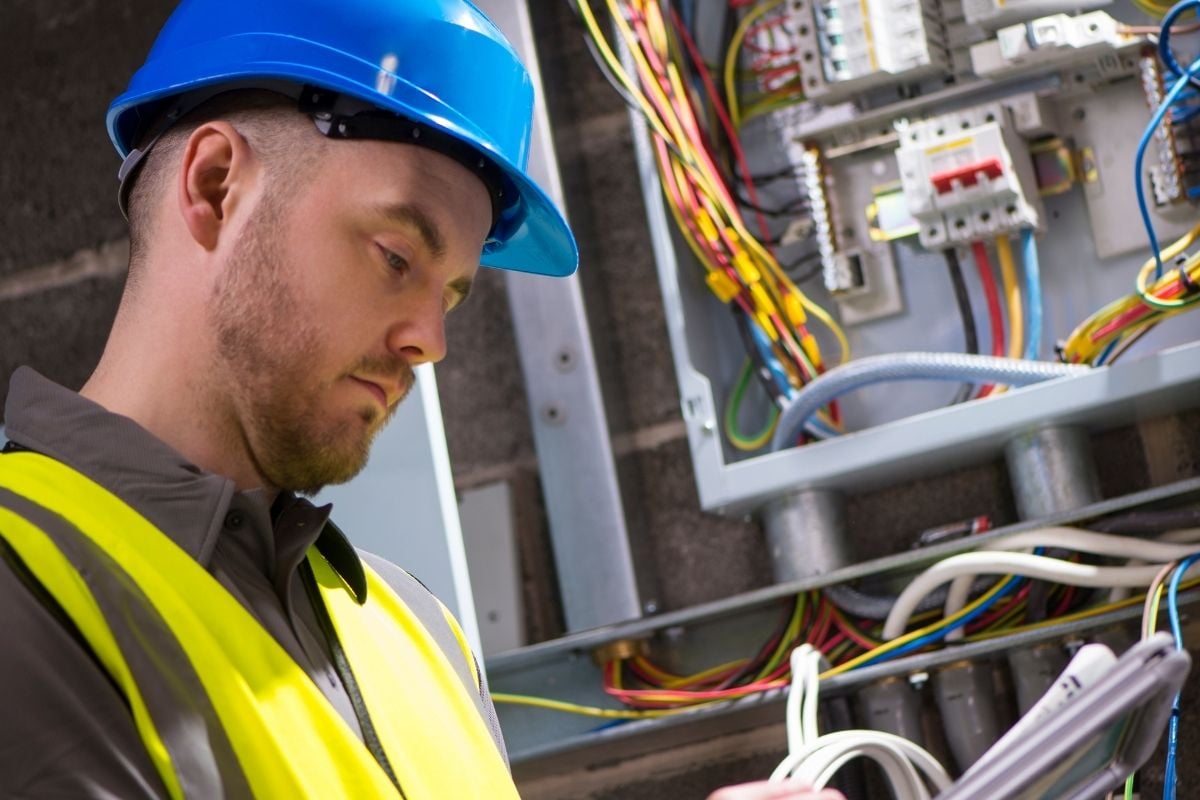 In the U.K., it was reported that 51% of electricians suffer from some kind of mental health issue including stress, depression, and anxiety. In the United States, electricians show a higher rate of suicide compared to other professions, ranking right behind occupations, like farmworkers, lumberjacks, and fishermen. According to the Bureau of Labor Statistics, federal safety reports, electricians get electrocuted often while working on routine tasks like light fixtures, fixing wires or appliances, and repairing air conditioning units or underground power lines.

See also  What Kind of Jobs Can a Project Manager Get? 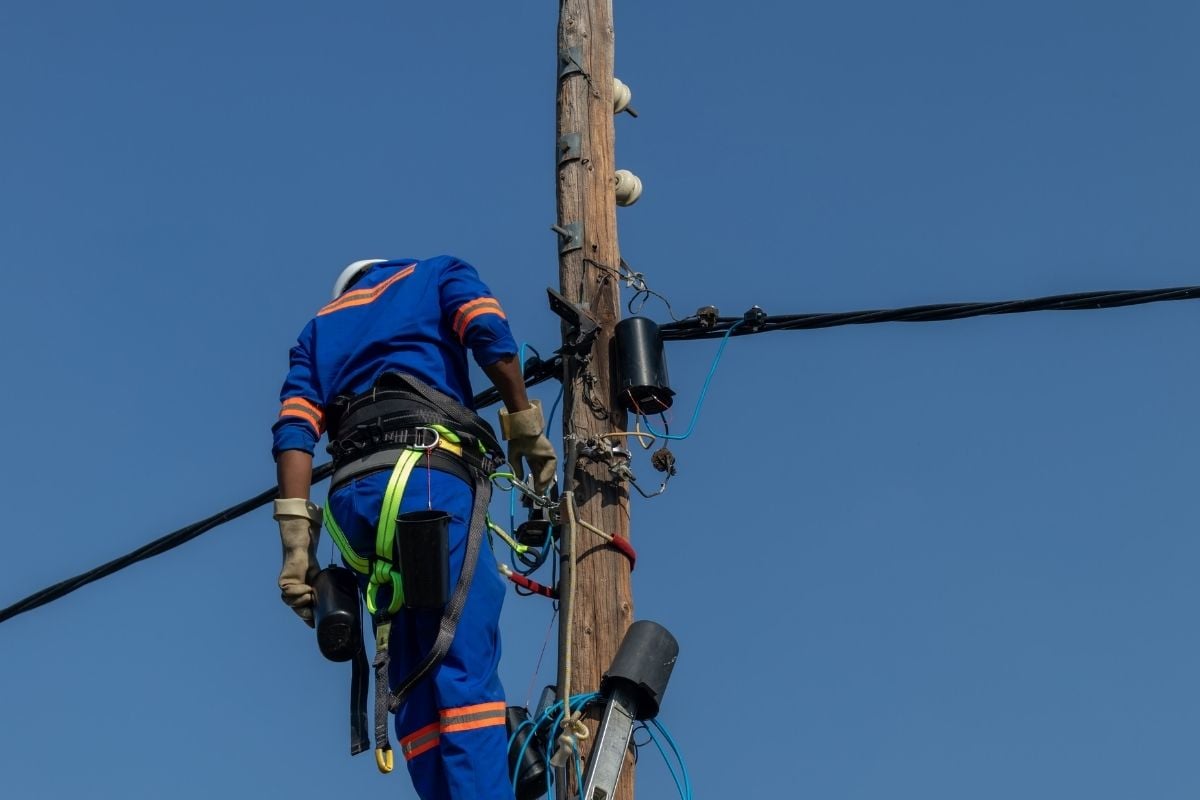 Psychological issues from electric shock may include memory loss, depression, and emotional or behavioral changes. The high levels of electricity that electricians work with regularly put them at a higher risk of getting electrocuted and the stakes might be too high.

The Money May Not be Worth it 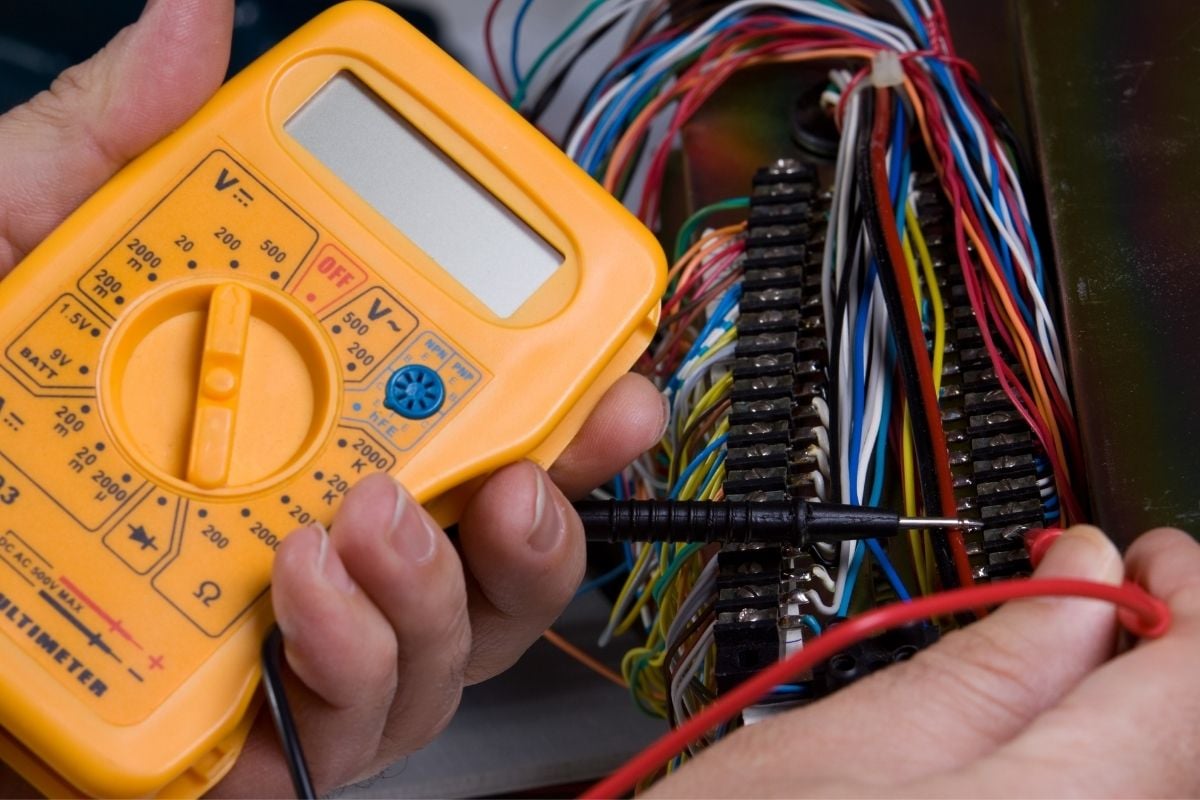 Becoming a master electrician is the final level that is earned after completing thousands of hours as a journeyman and a second license exam. So, could I live comfortably on an electrician’s salary? As a single person, sure.

In 2020, the average salary for electrical work was $56,900 with the top 25 percent of workers making $75,380. The lowest quarter earned $42, 790 in the same year. I suppose the pay isn’t so bad, but considering the physical demands that the job requires as well as the risk to your mental health and safety that’s involved in this profession, I’m not entirely convinced it’s enough.

See also  Do Lawyers Need to Know How to Type These Days?