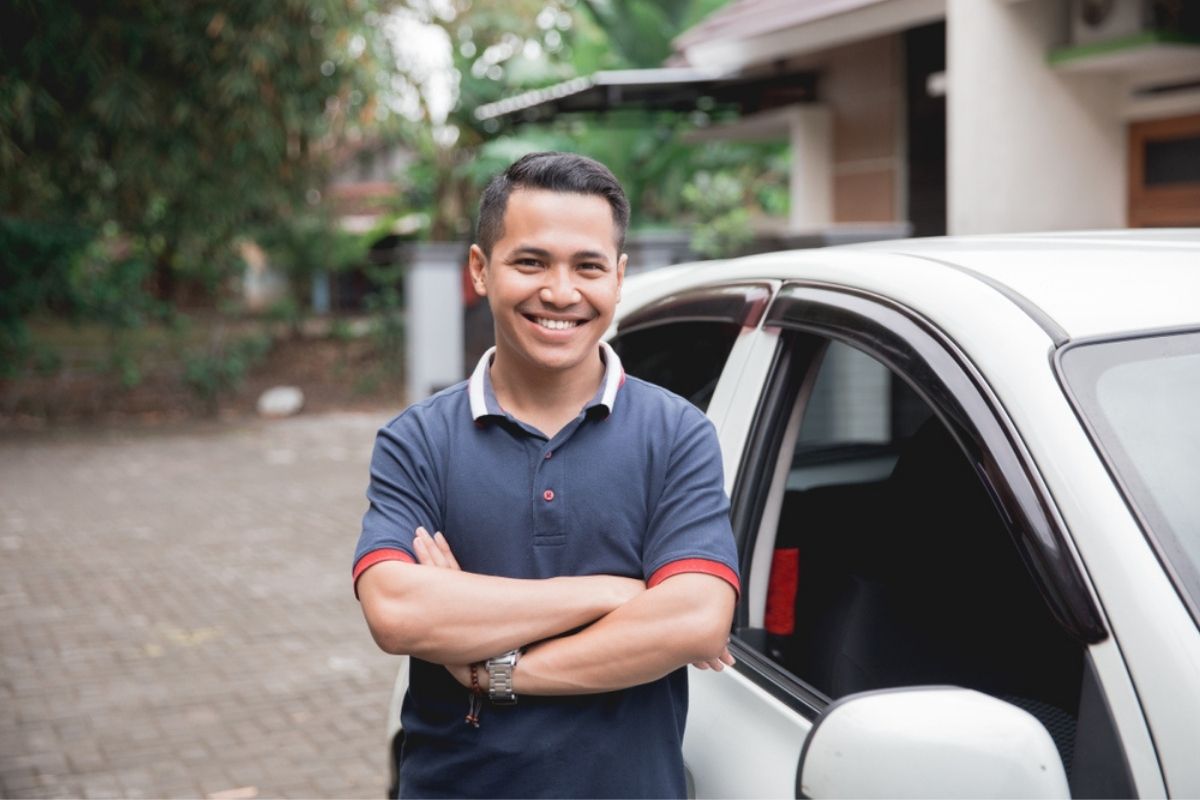 In some areas, bus lanes can be used by limousines and taxis as well. Unfortunately, most locations don’t specify that rideshare drivers can use the bus line. To avoid driver infringements, it’s been to avoid using the bus lane while driving for Uber unless you’re sure that it’s permitted in your location.

What Is a Bus Lane? 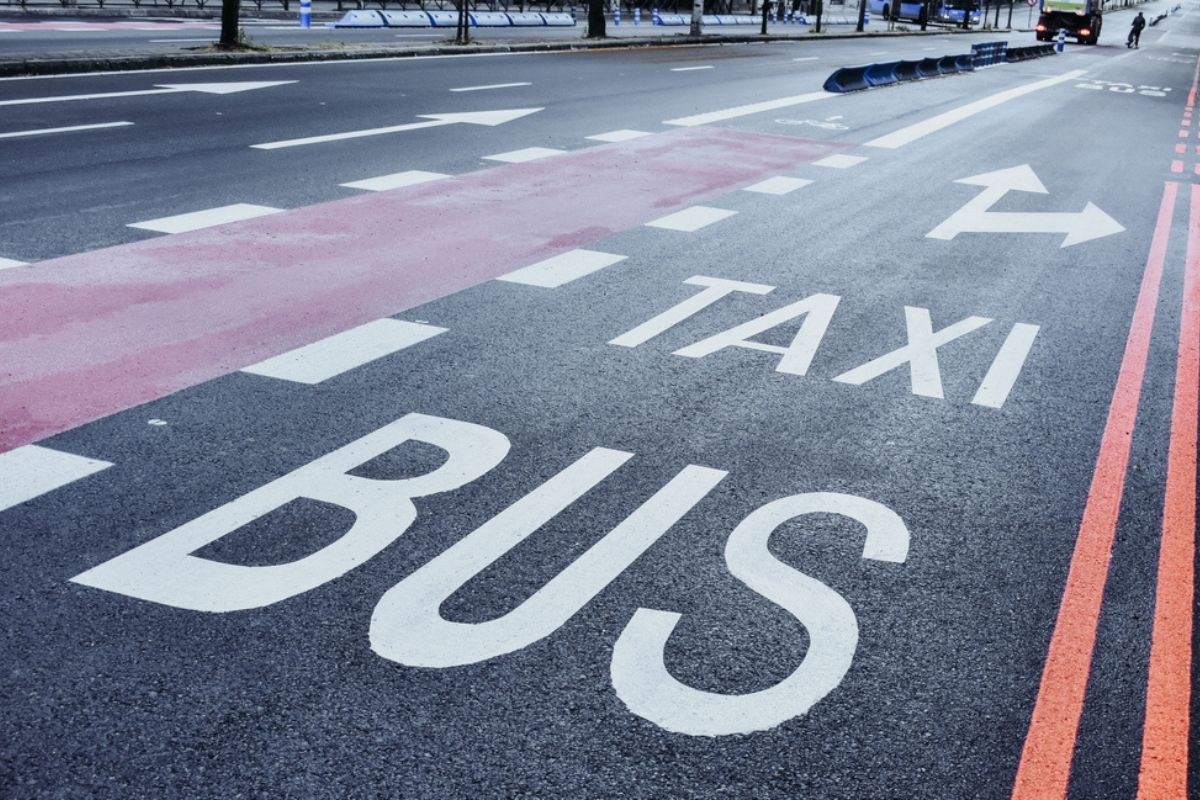 The goal of a bus lane is to reduce traffic congestion on busy routes where buses tend to be held up by traffic. Not only do bus lanes give bus drivers a way to avoid traffic, but they also help to keep buses from slowing down traffic for other drivers on the road.

When Can Uber Drivers Use the Bus Lane?

Even if you’re not allowed to drive in the bus lane, you can still use bus lanes when picking up or dropping off passengers. With that said, you’ll still want to take a few precautions to avoid problems.

See also  Can an Uber Driver Get Business Cards and Hand them Out?

You should never pick up or drop off in the bus lane if it will cause congestion or block the lane. If a bus driver needs to use the bus lane, you should cede the lane to them and pick up your passenger elsewhere.

In addition, you should exit the bus lane once the passenger is safely in and out of the vehicle. Unless you’re in a location that allows rideshare drivers to utilize bus lanes, you should minimize the time you spend in the lane.

What’s the Penalty for Driving on the Bus Lane?

Typically, if you drive in the bus lane in an area where that’s not permitted, you’ll be given a ticket and some sort of fine. Driving laws and fines vary significantly based on your location, which is why it’s always best to check the laws in your area.

A ticket could also impact your ability to drive for Uber. Drivers must have no more than three minor traffic violations every three years, and tickets must be settled as soon as possible. When you’re driving for Uber, it’s best to be extra cautious so that you can avoid violations and continue to use the service.

In some locations, certain lanes can only be used by buses at times of day when the roads are the busiest. For example, in Arlington, VA, only buses are allowed to enter certain lanes on weekdays between 6-9 AM and 3:30-7PM.

If you’re in an area with rush-hour bus lanes, you can feel free to use these lanes at any time when they’re not restricted to buses only. You can use a bus lane to pick up or drop off a passenger at any time as long as you won’t be blocking the bus lane or causing congestion.

Can Uber Drivers Use Bike Lanes?

Bike lanes are similar to bus lanes in that they’re restricted to a specific type of vehicle. However, while bus lanes are designed for buses, bike lanes are intended to be used by cyclist. These lanes are usually indicated by signs and road markings with a picture of a bicycle.

Uber drivers aren’t permitted to drive in bike lanes, but these lanes can be used when picking up and dropping off passengers if there is no signage that indicates otherwise. However, you should not enter a bike lane if it’s currently being used by a cyclist.

How Can You Tell If a Lane Is a Bus Lane?

Any lane that is restricted to buses will be clearly marked. In most cases, lanes will have road markings as well as signage that indicates how the lane is intended to be used.

Some bus lanes may use bright colors to indicate that the road isn’t intended for normal use. For example, in Minneapolis, some bus lanes are painted bright red. Bus lanes are typically blocked off from the main road by a solid white line.

Do Uber Drivers Get Paid When They’re Stuck In Traffic?

While rates can vary based on the location and the time of day, Uber drivers are paid per minute and per mile that they drive. However, the per minute rate is significantly lower than the per-mile rate, which means most drivers will wind up losing money if they’re caught in congestion on the road.

How Can You Avoid Traffic When Driving for Uber?

Bus lanes are an easy way to save time when traffic congestion is high, but if rideshare drivers aren’t allowed to use bus lanes in your area, it isn’t worth the risk. Thankfully, there are other ways to deal with traffic when picking up Uber passengers.

It’s always important to have a plan when you’re on the road. Read up on driving laws in your city and in surrounding areas. Pay close attention to traffic patterns so that you can avoid routes that are highly congested.

You should also keep up with what’s going on in your area. Construction or local events can significantly increase traffic. Try to get a better sense of how many people will be on the road so that you have a better idea of what to expect.

If buses are slowing you down when you’re on the road, you may also want to check the bus schedule for your area. Find out where bus stops are and when buses typically stop. While buses won’t always follow a precise schedule, this will give you a better idea of when and where you can expect to see buses on the road.

How to Check Traffic Laws In Your Area

If you’re going to be driving for Uber, you’ll need to be familiar with the traffic laws in your state as well as the laws in any cities that you plan on driving in. Thankfully, you can find the traffic code for all states and most cities online.

See also  What are the Worst Parts of Being a Nurse?

Since traffic laws can be complex, you may find that the information you find online doesn’t completely answer your question. If you need additional information, contact the Department of Public Safety in your area for clarification. You can also reach out to Uber with questions on local driving laws.