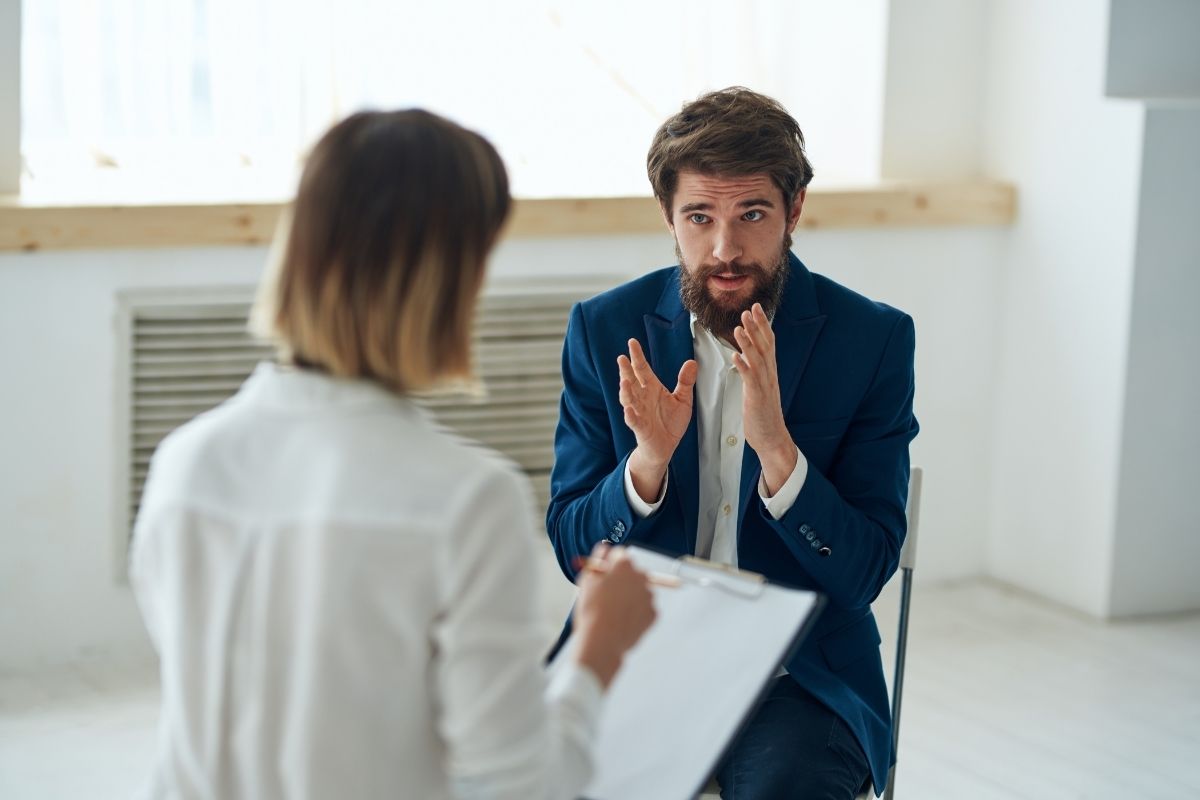 William James, known as the Father of American Psychology, described the field as the “science of mental life”. This apt and concise description has not been surpassed. Psychologists study the inner workings, functions, and effects of thought processes, emotions, memories, dreams, perceptions, sensations, and other cognitive occurrences and the behaviors associated with them.

The field should not be confused with either neuroscience, which is the study of the brain, or psychotherapy, which is a specialized form of psychology.

What Does Psychology Encompass?

Psychologists have many roles in private practice and in institutions. They use a variety of tools to carry out assessments, analyze their findings, and write up reports or recommend solutions. Psychologists do everything from carrying out studies for health authorities to assessing children who may find it difficult to learn in school to helping companies recruit, select, and train employees.

The most important thing to understand is that psychologists are trained scientists. Obtain a degree in psychology requires mastery of quantitative and qualitative research methods. Although there are psychologists who work primarily as researchers, all psychologists, no matter their particular role, are guided by fact and evidence.

These scientist-practitioners are highly sought after by individuals and organizations.

Types of Jobs in Psychology 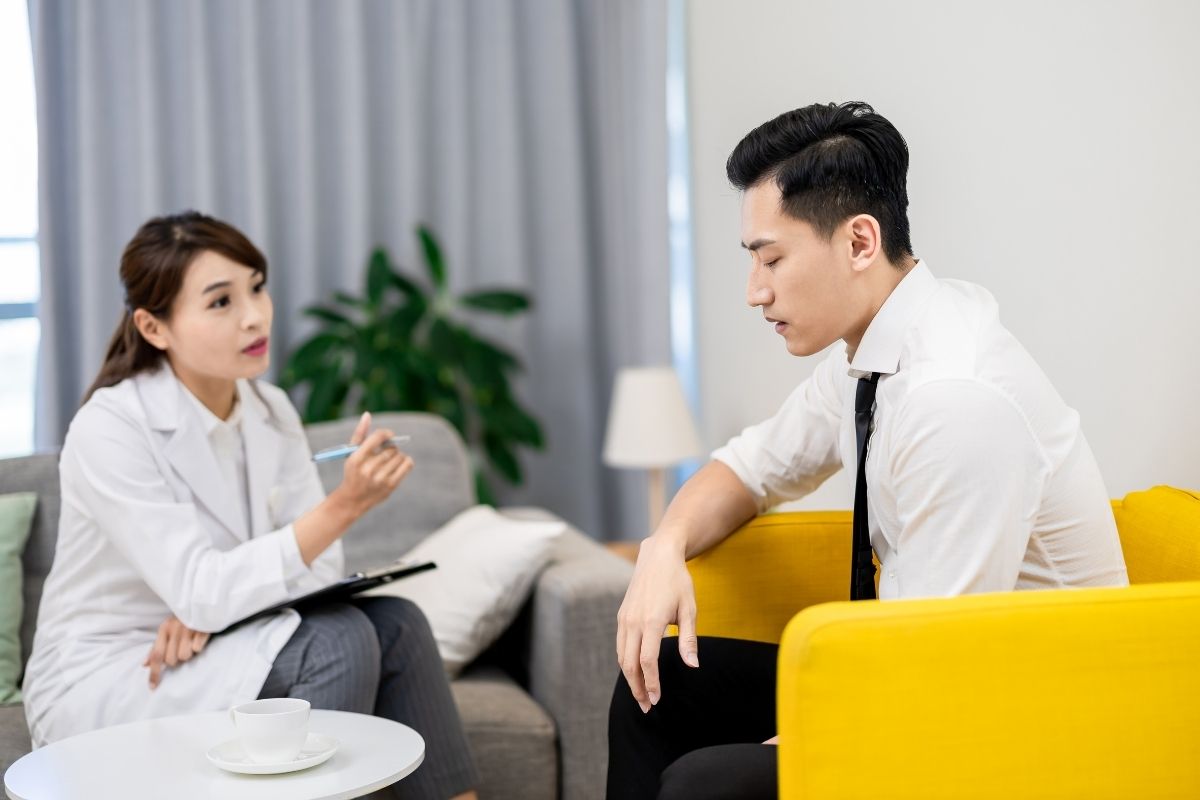 These professionals assess and treat people suffering from mental, emotional, and behavioral disorders. Some clinical psychologists specialize in treating specific problems exclusively, such as phobias and clinical depression. Others focus on specific populations. 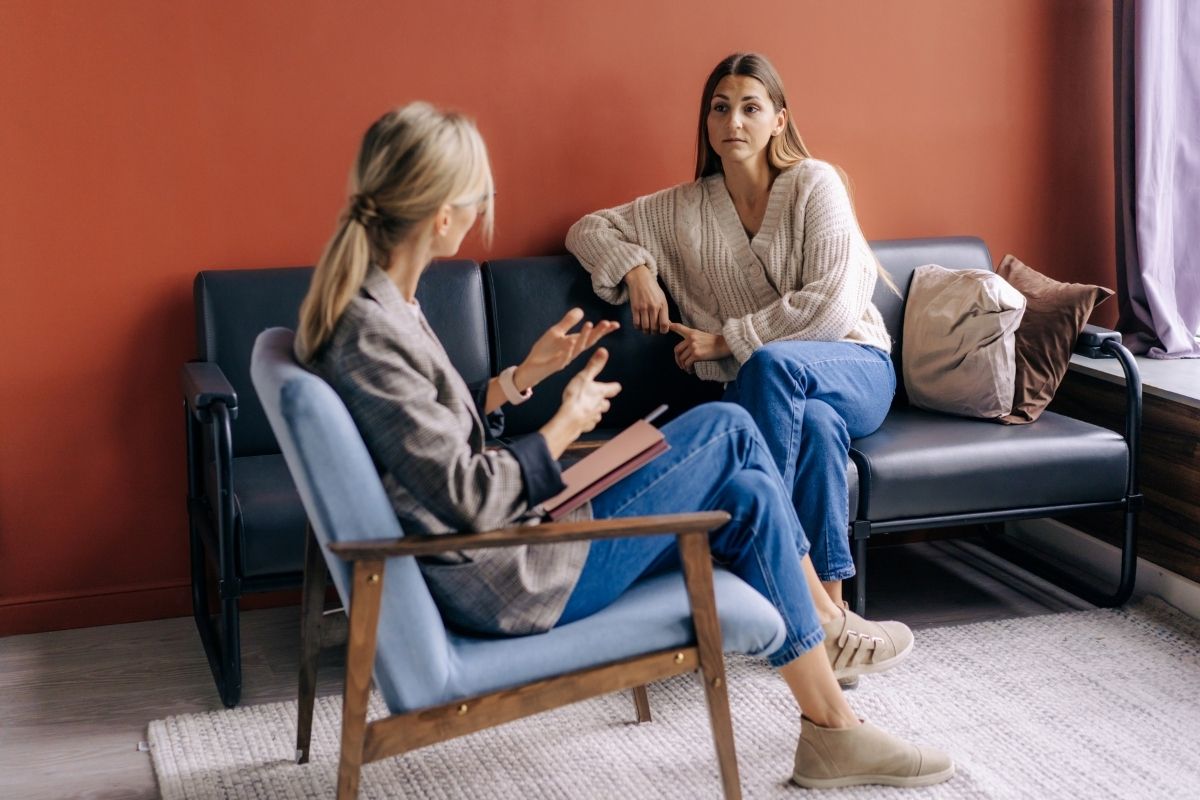 In this field, psychologist studies human perception, thinking, and memory. Cognitive psychologists focus on how the mind represents reality, how people learn, and how people understand and produce language. They also study reasoning, judgment, and decision-making.

Scientists in this field frequently partner with behavioral neuroscientists to understand the biological bases of cognition or a cognitive disorder.

A community psychologist is one who works to strengthen the ability of communities and organizations to meet the needs of their people. They help people access resources and collaborate with social workers to improve the lives of individuals in a certain area. The main aim of a community psychologist is to empower people to change the circumstances that they live in and create a public space that is conducive to the mental and physical health of all. 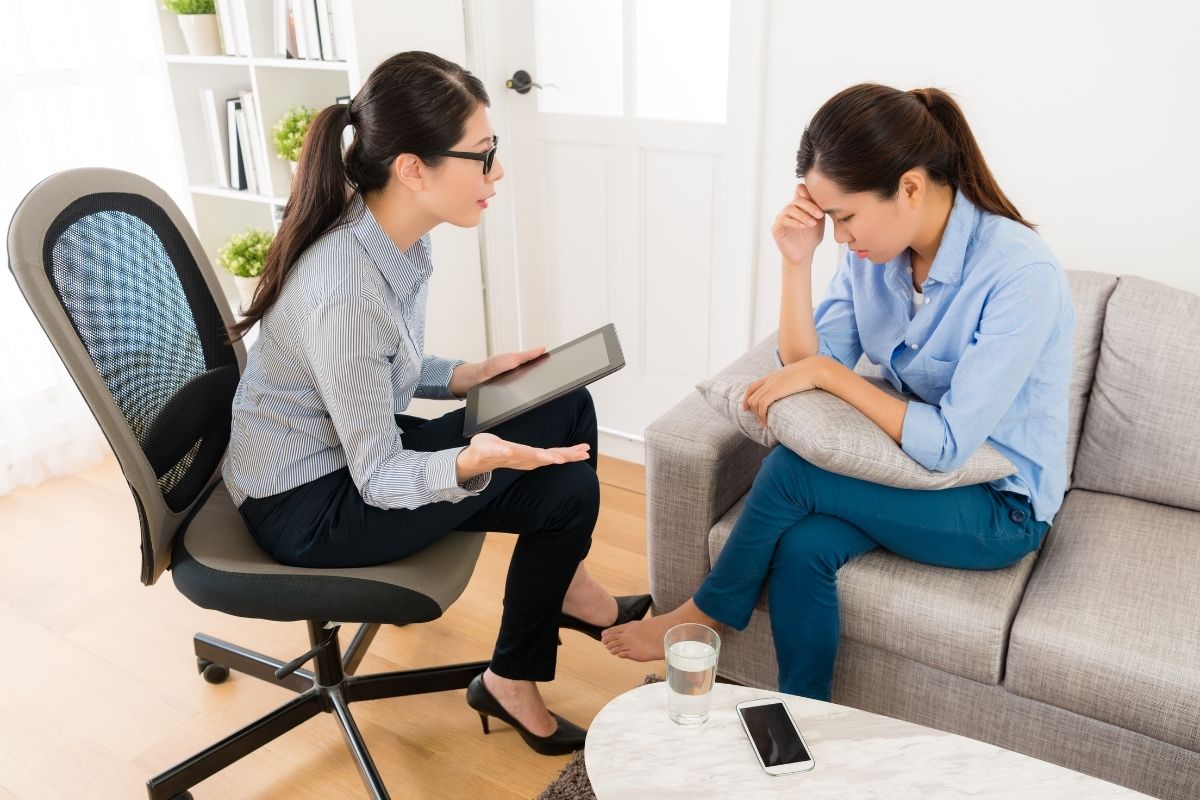 These professionals help people recognize their inner strengths and resources to cope with everyday problems. They conduct counseling and psychotherapeutic sessions with individuals of all ages. They also work with families to help them overcome the kind of emotional barriers and real-life adversity that can tear them apart.

Counseling psychologists help people understand and take action to problems at home and in the workplace. They work on the premise that behavior is affected by many factors, including the person’s environment and individual qualities. 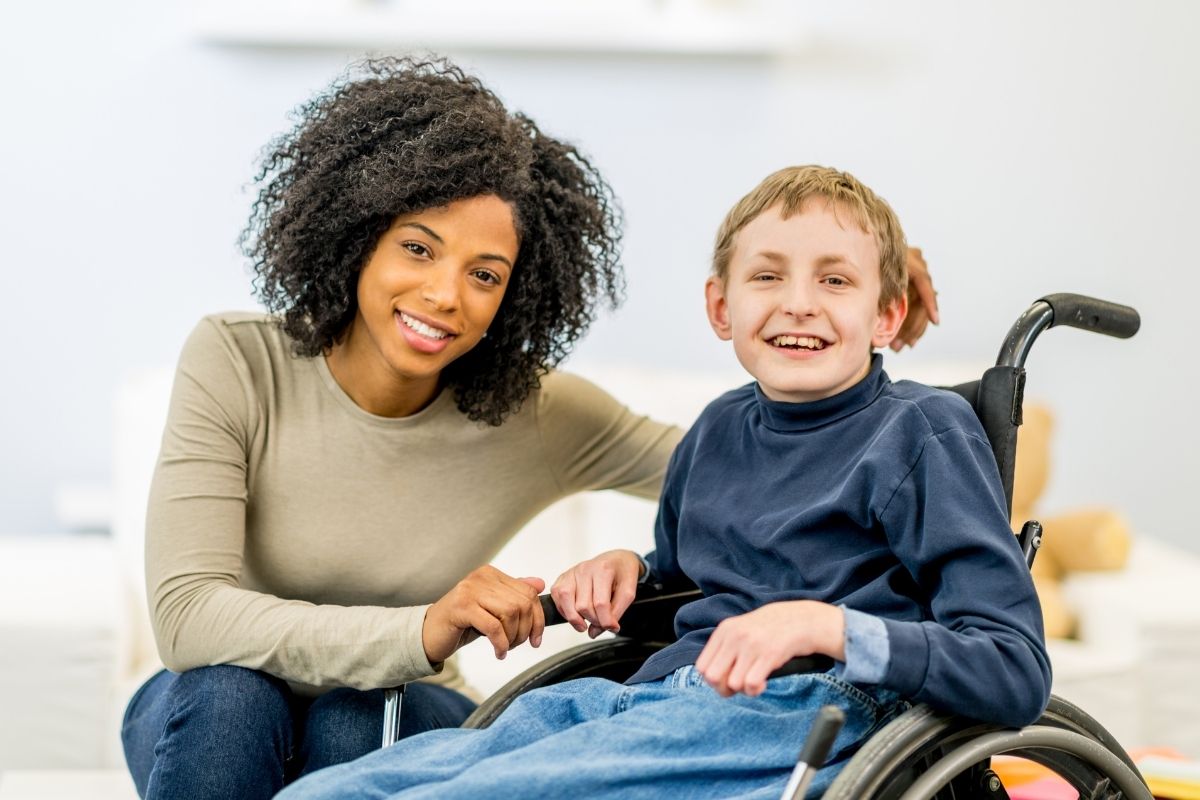 They study the mental development of human beings throughout life. Until recently, this branch of psychology has focused on childhood and adolescence. However, the increase in life expectancy in countries in the industrialized world has prompted developmental psychologists to broaden their studies to encompass the process of aging.

See also  What is the Typical Day of a Project Manager?

These professionals study the conditions of teaching and learning. Their main aim is to develop processes that optimize both. Educational psychologists consider a wide range of factors, including human abilities, student motivation, and the relation of race and ethnicity to classroom learning, lesson plans, and educational policies.

These psychologists conduct research on how people work with machines. Do they ask questions such as what arrangement of an assembly line makes production more efficient? What is a reasonable workload?

How can a computer be designed to prevent fatigue and eye strain? Most engineering psychologists work for private companies, but many are also employed by the Department of Defense.

These scientists study the dynamics of how people interact with their environment. To an environmental psychologist, an environment encompasses not only nature, but social settings, cultural groups, and the informational milieu. They coordinate with researchers and practitioners in other fields of psychology and in related disciplines such as sociology, anthropology, urban and community planning, architecture, and engineering.

Environmental psychologists explore such issues as common property resource management, the effect of environmental stress on human well-being, and the characteristics of human information processing.

All science is predicated on the established facts of evolution through random selection. Psychology is no different. Evolutionary psychologists focus exclusively on how mutation, adaptation, and random selection have influenced human thinking, feeling, and behavior.

Most of the work involves understanding how genetically shaped behaviors influence an organism’s chances for survival. In furtherance of this aim, evolutionary psychologists study mating, aggression, communication, and helping behavior.

These scientists study human and nonhuman animals with respect to their abilities to detect what occurs in their environment and respond to it. Experimental psychologists work almost exclusively in psychological lab settings. They use the collection and analysis of data to understand certain phenomena and advance scientific knowledge. 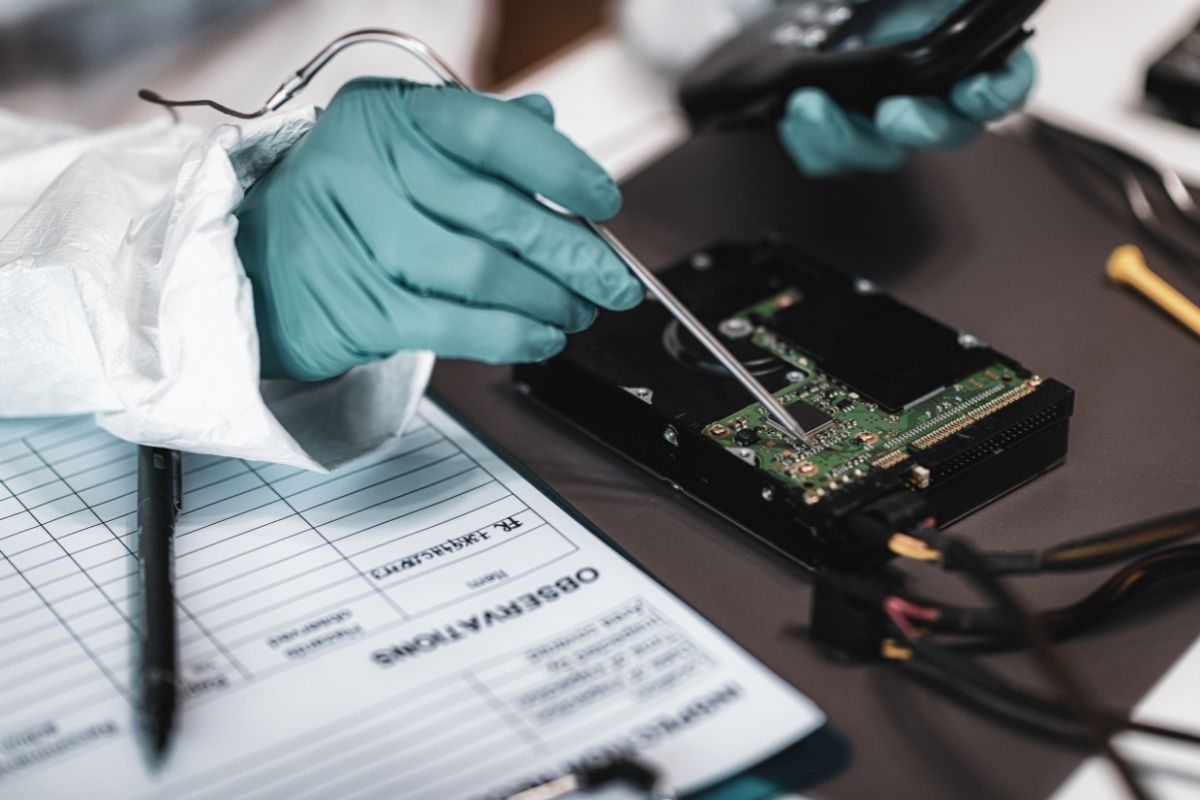 Given the rise of legal dramas, forensic psychology may be the most well-known specialists in the field. Forensic psychologists are essential to the judicial system. They evaluate a defendant’s mental competence to stand trial and help judges decide which parent should have custody of a child.

Health psychologists also educate health care professionals about psychological problems that arise from the stress of illness and chronic pain.

These professionals apply psychological principles and research methods to the workplace with the aim of improving productivity, employee effectiveness, organizational culture, and the quality of work life. The field has been around for over a century and got its start in 1920s America. I/O psychologists work as independent consultants.

They can also serve in the human resources department of corporations.

These practitioners help organizations with staffing, training, and employee development. They are usually qualified to administer scientifically-valid testing and selection procedures for certain jobs. They can also work with management in areas such as strategic planning, quality management, and organizational change.

See also  How Tall Do You Have To Be To Be a Bartender?

They explore the relation of brain systems to behavior. To do so, neuropsychologists design tasks to study normal brain functions using high-end imaging techniques and technology. Clinical neuropsychologists assess and treat people who suffer from various kinds of traumatic brain injury. 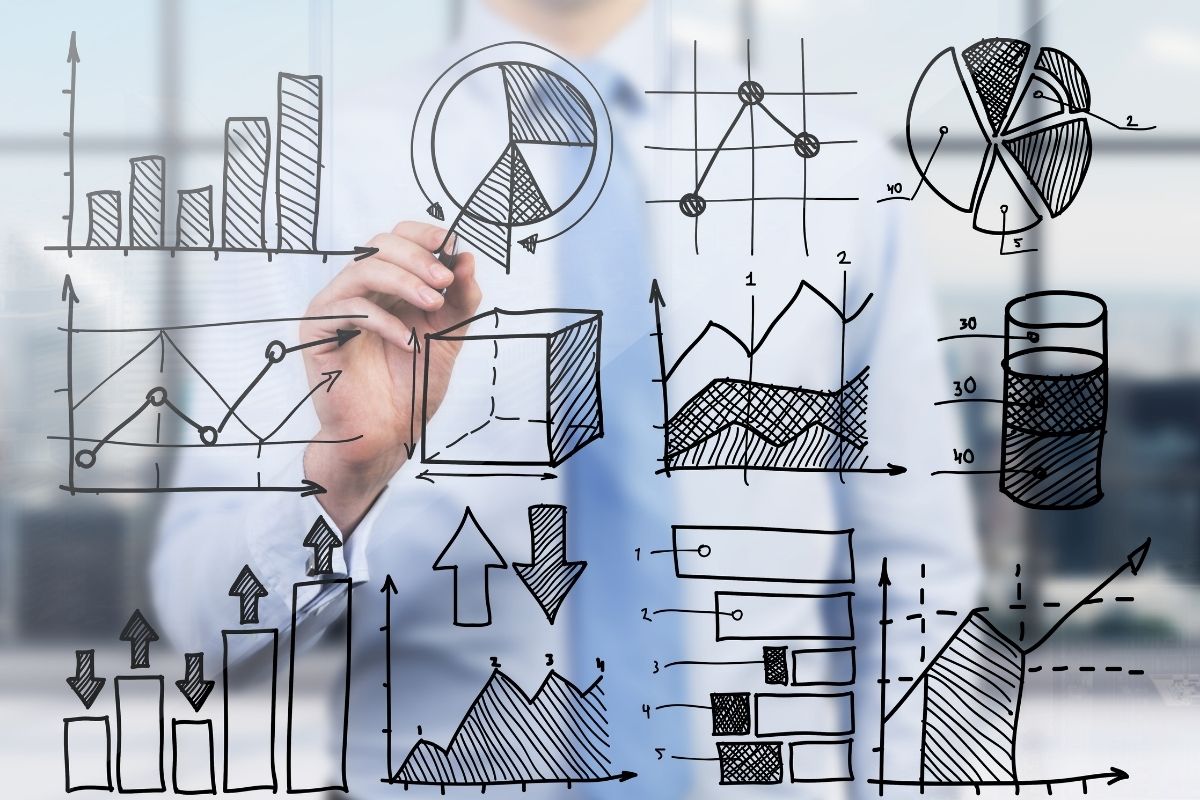 In a sense, this is one of the oldest jobs in the field. The first modern psychologists were German. Persons such as Hermann von Helmholz, Gustav Fechner, Wilhelm Wundt, and William James established the first psychological laboratories and carried out their experiments and analyses using the most advanced statistical and quantitative methods of the time.

Today’s quantitative psychologists do much the same thing.

Their main job involves developing methods and techniques for the design of psychological experiments and the analysis of psychological data. Some develop new methods for performing analyses; others create research strategies to assess the effect of social and educational programs and psychological treatment. These scientists also develop and evaluate mathematical models for psychological tests. 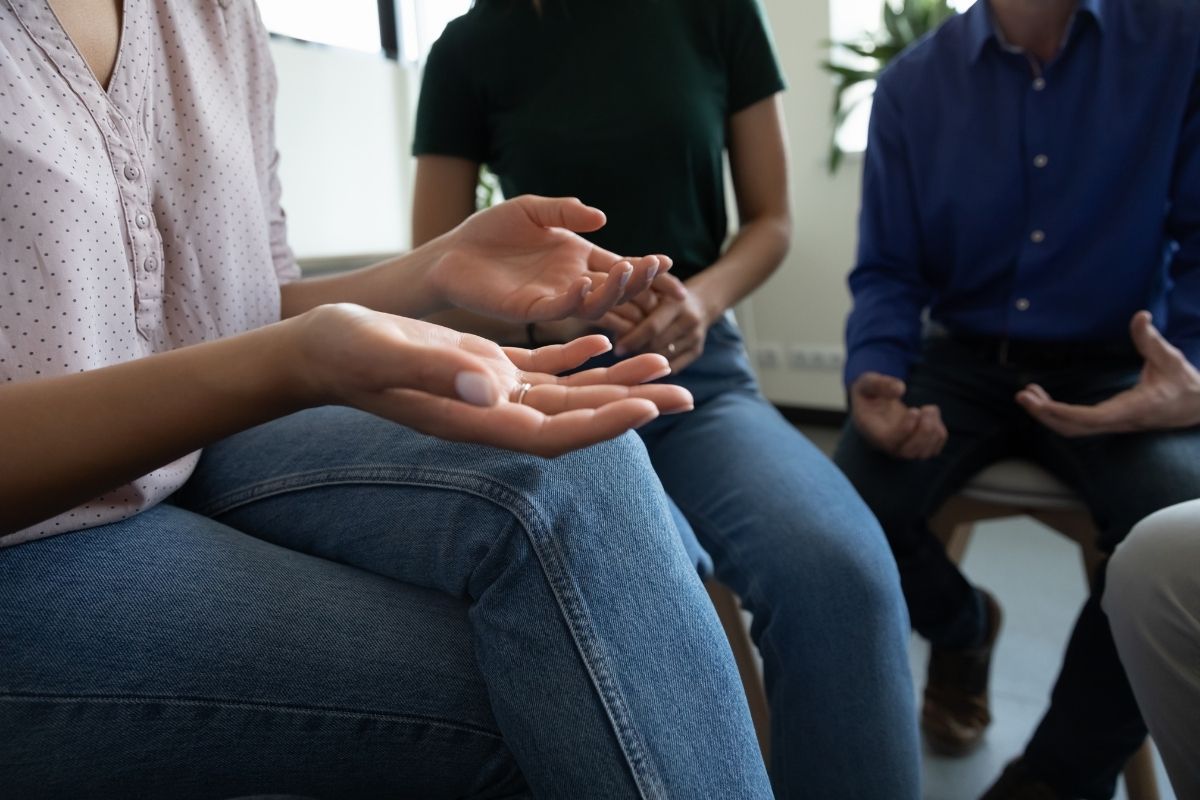 These professionals work with stroke and accident victims, people with mental disabilities, and individuals with developmental problems caused by cerebral palsy, epilepsy, and autism. The main aim of rehabilitation psychologists is to help people deal with issues of personal adjustment, interpersonal relations, and pain management. Rehabilitation psychologists often serve as expert witnesses and testify in court about the causes and effects of disability or trauma on a person’s rehabilitation needs. 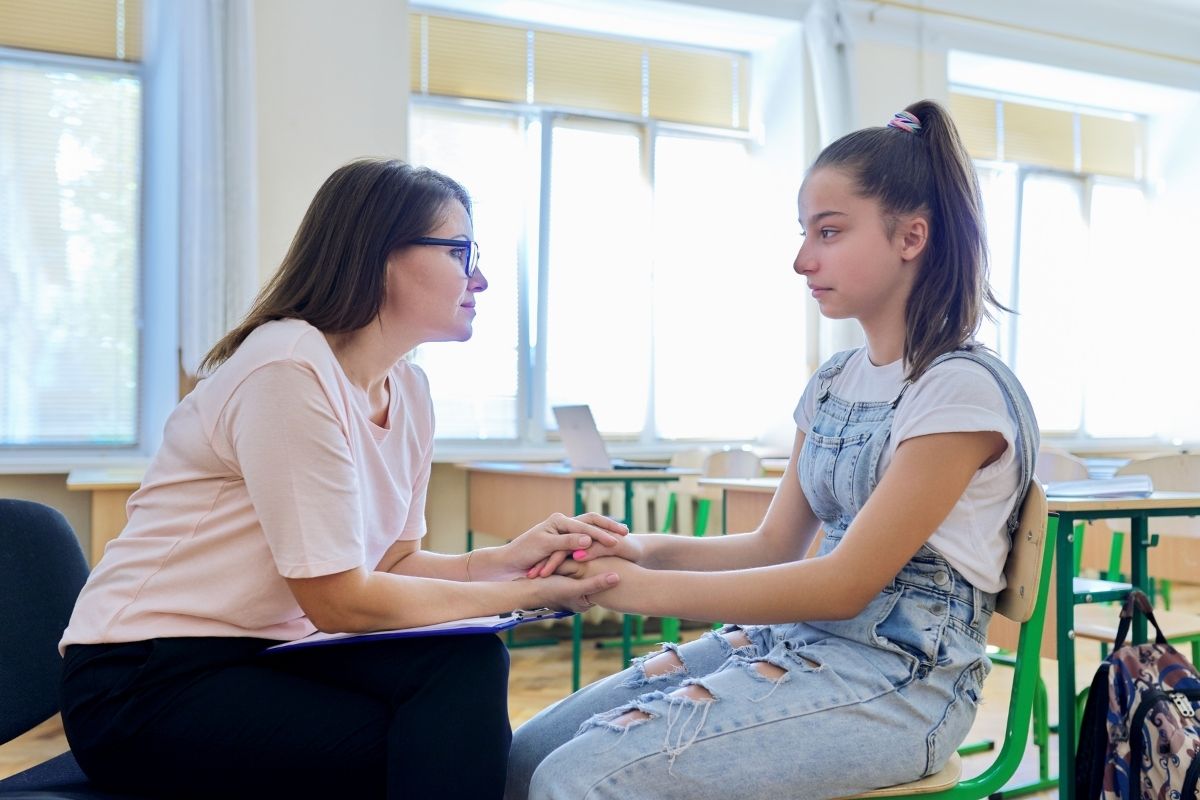 A school psychologist is involved in the delivery of comprehensive psychological services to children and adolescents in school. They assess and consult students, consult parents and school staff, and carry out behavioral interventions when appropriate.

See also  How Do Plumbers Get Paid?

These psychologists study how an individual’s life and behavior are shaped by interactions with others. Social psychologists look at all forms of interpersonal relationships. They carry out their studies in a variety of settings, including businesses, government agencies, academic institutions, communities, families, and other less formal groups.

Social psychologists produce studies on everything from consumer attitudes and preferences to common problems in organization and management.

This is a highly specialized field. Sport psychologists help athletes focus on their competition goals. They help them find ways to get motivated and to learn how to deal with anxieties and fears of various kinds. The field continues to grow as sports become more competitive and as they attract younger children.

A Brief History of Psychology

The study of mental life goes back thousands of years ago to ancient Greece, Egypt, India, Persia, and China. The more recognizable forms of it can be detected in the Greek philosophers Plato and Aristotle. These two disagreed on where mental processes take place.

Plato believed it was in the brain. His student Aristotle believed it was the heart. The former was, of course right. However, even the Greek Atomists, who preceded both these philosophers, speculated on the source and central location of human thought and feeling.

Like Aristotle, they believed it was the heart. The Greek physician Galen, who lived in 2nd century Turkey, posited that human beings were composed of four humours. This was the first attempt at describing personality traits and developing a larger theory of human personality.

Avicenna, a 10th century Muslim doctor, studied and treated epilepsy, nightmares, and poor memory. Indeed, the first hospitals dedicated to the treatment of psychiatric conditions were established by Medieval Muslim doctors. Modern psychology got its start with Hermann von Helmholz’s studies in human vision and hearing in the 1850s.

This provided the foundation for the work of Wilhelm Wundt, who established psychology as an independent experimental field of study in Germany in 1879. In 1890, the American psychologist, who had already established the first psychological laboratory in the U.S., published the Principles of Psychology.

The book became the standard textbook for psychological studies on both sides of the Atlantic for the next three decades. James was one of the few American scientists fluent in both French and German, which at the time was where the most advanced work in psychology was pursued. He was therefore able to bring together and synthesize all the scholarship in the field and convey the major problems, theories, and ideas in this new science.

1890 was also the year that the American Psychological Association (APA) was founded. In the early 20th century, the Austrian Sigmund Freud introduced psychoanalysis into the field as a new and innovative type of psychotherapy. Freud used interpretive methods, introspection, and clinical observation—in short, a talking cure—to help patients resolve unconscious conflict, mental distress, and psychopathology.

Freud’s theories revolutionized the field of psychotherapy. No form of therapy since Freud has been left untouched by his writings. In 1913, the American psychologist John B. Watson founded a new movement in the field called behaviorism.

He argued that behavior is the result not of internal mental processes but of how people respond to their environment. In the middle of the century, the humanist movement gained grown. Humanist psychologists believed that both behaviorism and psychoanalysis were too dehumanizing.

They stressed the value of emotions, free will, and subjective experience in understanding mental life. Cognitive theory came to the fore in the 1970s. In a way, it harkened back to the early days of psychology, with its focus on how the mind organizes, manipulates, remembers, and relates ideas, concepts, and information.

Advances in technology and methods have allowed the adherents of cognitive theory to explore areas and make discoveries that were not possible in the 19th century. Cognitive theory is applied to language, learning, perceptual systems, mental disorders, and dreams. Today, all of the above theories and movements are still in use.

Psychologists choose the approach that is most suitable for each situation.